In the homeschooling renaissance, the home is more important than the school. 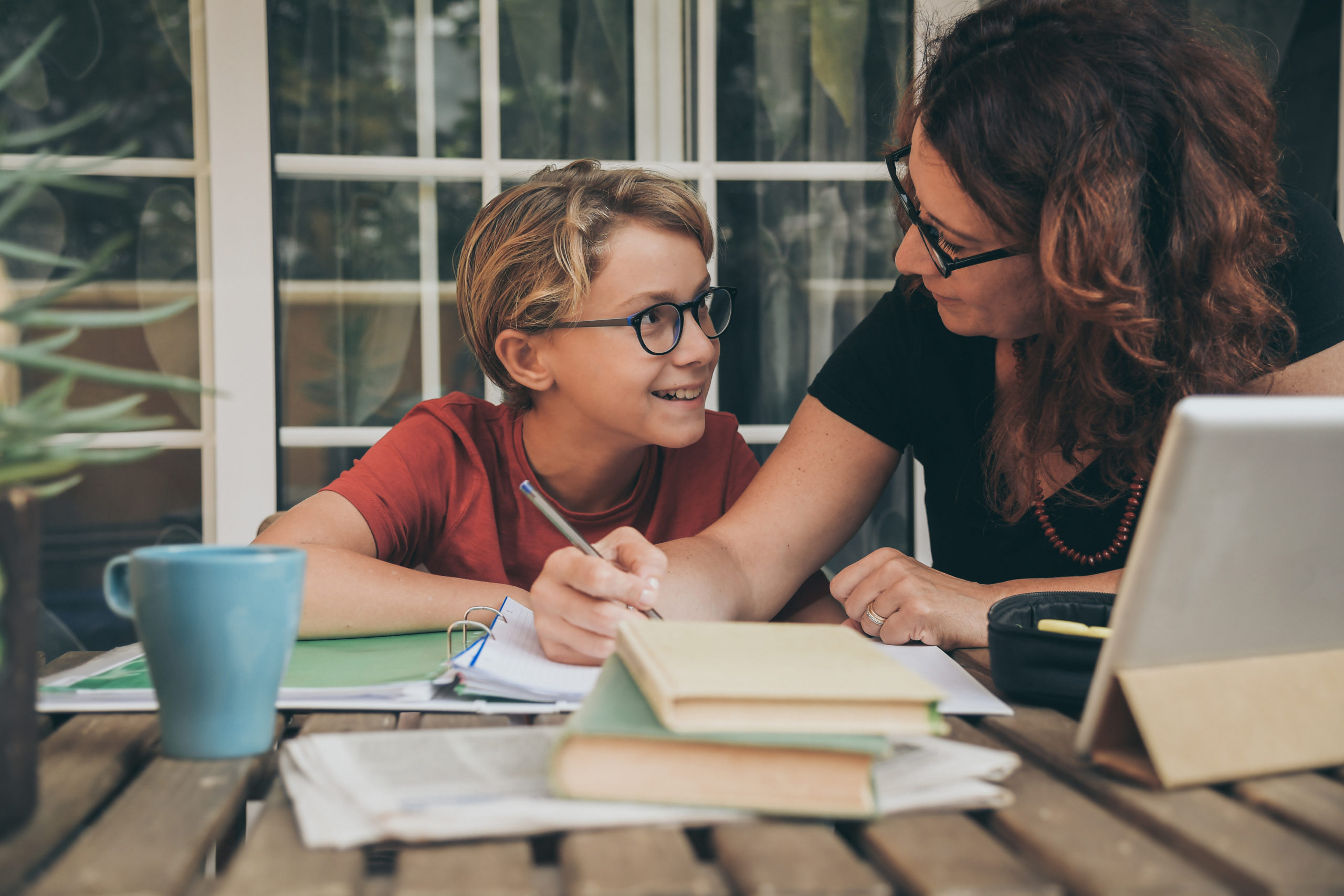 As the CDC and FDA propose mixing a Covid mRNA vaccine in with the current cocktail of required shots for students entering the public school system, now is yet another apt moment to consider one of the original dissidents in the fight over children's education: the homeschooling movement. Since Covid, the number of homeschooling families has nearly doubled, from 3 million to more than 5 million families, and this latest debate will no doubt raise further concerns in the minds of parents.

But what is homeschooling? The typical notion holds it as the third option against public and private schools, but its genius has much less to do with school and everything to do with the most forgotten and debilitated human institution in the modern world: the family home.

Homeschooling’s true work has been to rescue the home from its modern erasure. The home, after all, is where the most urgent learning takes place: where sons learn from fathers, daughters from mothers, siblings from each other; where morning prayers are made, daily bread is baked, yearly fruits are canned, generational stories are repeated. These are not quaint or poetic images. The consequences of a citizenry that loses these habits are deadly for the body and the soul.

Lamenting modern public schooling is a reputable cottage industry today. It doesn't matter if one considers the material metrics, such as grades, employment rates, the psychological effects of smartphones on the classroom, or the moral and cultural degradation that has surely followed the removal of religion from public curricula. By comparison, the oft-bemoaned situation of colleges and universities is peanuts.

Many would agree that some of the most exciting reform efforts lie in the explosion of classical schools, whether charter or private, along with the growing number of private Christian and parish schools. Flourish as they may, and for the innumerable benefits they provide, the classical school movement is only a part of the solution to the dilemma of modern education. In fact, the most crucial gift to education of the last fifty years comes from the homeschooling movement's rediscovery of home life.

In the last century, the use of the home has changed, and not for the better. As the home gradually became a place where both children and parents returned after learning and laboring and living elsewhere, the home could not but morph into something like a hotel full of related strangers.

In the vein of writer L.M. Sacasas, one should think of the home as a technology, at once a tool and a way of seeing the world. When you hold a hammer, even before using it, the mere holding of the hammer gives everything a nail-like quality. When you stop holding a hammer, the world slowly stops being full of nails.

Re-imagining the home—the tables and couches and bookshelves and porches and chicken coops—as a place for reciting and catechizing, for physical and mental labor and leisure, reminded homeschooling families that the home is a non-market economy, a small monarchy, the first chapter in the book of nature, the resting place of earthly ties. Pioneering homeschooling parents saw the home differently because they had to. For them the home had to become a place appropriate to the business of learning.

The usual history of homeschooling rightly focuses on the need of parents to find viable ways of schooling their children, outside the public schooling system. Contemporary homeschooling was conceived in the '60s and '70s as a revolt against the changes within public schools, such as when Epperson v. Arkansas (1968) and other Supreme Court cases determined that states could not ban the teaching of evolution. It was influenced in the '80s by the alignment between evangelical Christianity and the Republican party. It enjoyed the cultural efforts of Focus on the Family in the '90s, as nearly every homeschooling parent heeded the advice of Dr. James Dobson, and almost every homeschooling child listened to the words of John Avery Whittaker from Adventures in Odyssey.

By the '00s, homeschooling’s interior culture boasted a healthy array of curricular brands, state conferences and conventions, a respectable rotation of public speakers and celebrity students, its own successes and scandals. Economically and culturally, it remains a promising space for entrepreneurs and a welcoming space for families who want to think outside the box of institutional education. By the end of the '00s into the '10s, homeschooling families were the early adopters of online teaching. A full history waits to be written and read.

The homeschool movement began, in short, as the creative work of parents regaining control over their children's schooling. These parents went on to pioneer a vision of education where each child received close attention and where curricula were written with the cultural and religious beliefs of the parents in mind. In the face of the public schools of the late twentieth century, these parents could hardly have chosen a more noble, self-sacrificial, or adventurous endeavor. As Viggo Mortensen's character declares in Captain Fantastic, a film about a homeschooling family living off-grid, "Our children shall be philosopher-kings." Though not in every case, this captures the best aspirations of the early homeschooling movement. The public schools failed, and families—mothers and fathers—decided to teach their own children.

Unlike the '60s, however, there now exists a growing number of private, classical schools where children are taught in a way the parents trust and are catechized into the same beliefs as their parents. The children memorize poetry, learn to speak Latin, are not treated as cogs in a machine but as souls in need of care.

When set alongside these institutions, instead of public schools, the qualities and principles of homeschooling no longer seem as distinctive. If parents consider homeschooling one schooling option among others, they will notice that, compared to private schools, the goods and opportunities of homeschooling are relative—sometimes better, sometimes worse. Home and private schooling offer similar goods for students with respect to the skills of reading, writing, & 'rithmatic, and an introduction into a community's practices and beliefs.

The choices between them may be a matter of margins and peculiar situations, and having these options may be the optimal situation. But these schools cannot make the home alive again, for all the good they promise in terms of schooling, and for all the ways that the classical school movement reverences the home. Without the experimentation and conservation of the homeschooling movement over the last fifty years, it is difficult to imagine what else could have caused parents to re-imagine the home space so radically.

What sort of ties are fostered among parents and their children, how vital the home is to learning and living well, how much time is spent working together at home on the most important matters—these considerations lead to the heart of homeschooling. They lead one away from treating the home as an online co-working space and toward a vision of reading together on the couch all morning and raising animals on the homestead. Though not all schooling happens at home, without homes, schooling does not matter.