The Long Shadow Of Hugo Chavez 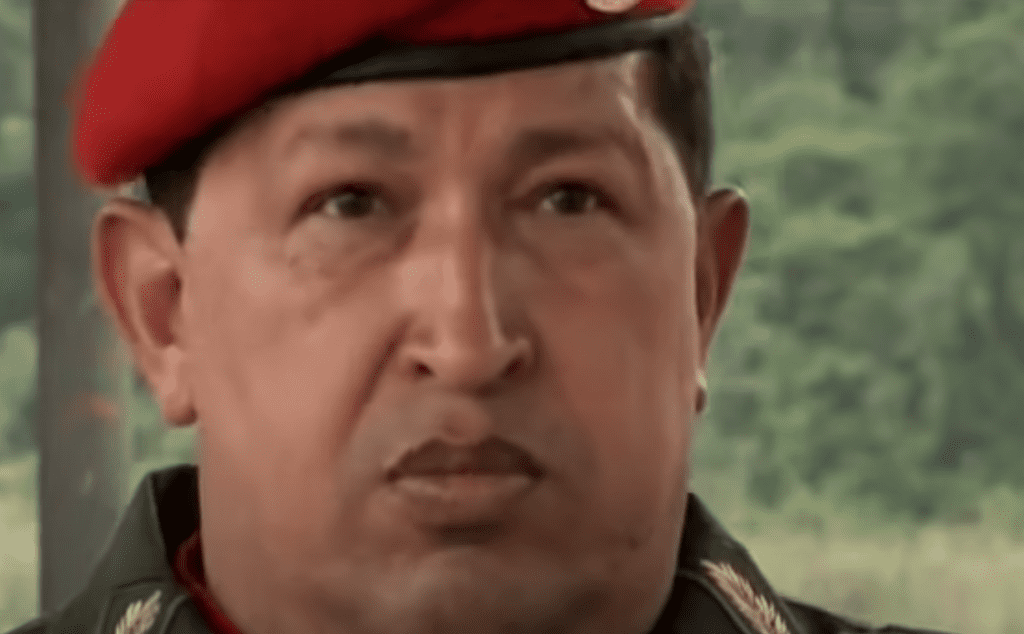 I’m in Madrid now on the Live Not By Lies (or, Vivir Sin Mentiras) book tour. It has been a very busy but encouraging day, talking to Spaniards about what’s going on in their country. I can’t get out of my head an intense conversation I had this morning with a woman from Venezuela, who escaped to Spain several years ago. She read the book, and felt compelled to tell me her story.

She said that my book meant a lot to her, because she feels the same sense of anger and foreboding about the coming of soft totalitarianism to Spain that I report hearing from American emigres from Communist Eastern Bloc countries. Those people told me that they struggle to deal with the fact that Americans don’t believe them when they warn that the things happening in the US now are reminiscent of the coming of Communism to their countries. This is exactly her experience in Spain as a refugee from socialist Venezuela, she said.

(She gave me permission to write about this, but I can’t use her name or identifying details, because her mother still lives in Caracas. I wish I had had the opportunity to write all this down immediately after our talk, but I had to go straight to an interview. What follows is the most I can remember at day’s end.)

“Ana,” as I will call her, told me that one thing that powerfully strikes her about wokeness is its inability to deal with realities that contradict the ideology. In Venezuela, when people were seen eating out of garbage bins, the ruling socialists’ answer was to remove the garbage bins. Rather than adjust their ideology to fit reality, they tried to adjust reality to fit the ideology. It’s quite insane, but she saw it happen again and again. The suffering of people doesn’t matter to the woke ideologues; for them, it’s more important to keep their ideological stance pure.

As we walked up a leafy Madrid street, I told her about the crazy Eric Deggans’ column (I wrote about it here) condemning Tom Hanks for not being “antiracist”. I explained how there was no way to satisfy Deggans’s demands — that no matter what Tom Hanks did, he would be guilty of something. Ana replied that that’s how these ideological extremists work. She quoted a philosopher — I can’t remember who, but she said she doesn’t think that he has been translated into English from Spanish — who said that modern ideology tends toward genocide. I can’t recall the argument, but she said the conclusion is that people need to be eliminated because they don’t fit the ideological ideal. (The argument itself is much more sophisticated as I recall, but like I said, I am trying to remember at the end of a long day.)

Said I, “If I’m understanding this correctly, it’s that Tom Hanks is problematic not because of his actions, but because he exists.”

Her: “Yes, and that means that the only sure way to deal with the contradiction is to eliminate Tom Hanks.”

We stopped for coffee and (for me) tortilla. As she talked about her life in Spain, she began to tremble slightly, and tears welled up in her eyes.

“I am exhausted from running,” she said. “I just want to get married, buy a house, have kids, have a normal life. But I can’t rest. Is it going to follow me here? Am I going to have to run again?”

She went on like this, stopping only to apologize for talking this way. The trauma of how her country was lost, and how she had to flee, is still very much with her. “I’m one of the lucky ones,” Ana said. “I could afford to fly away. So many others can’t.”

The Spaniards, she said, just can’t believe that something like that could happen to them. They believe that they are in the European Union, and the EU would never let Spain fall victim to a left-wing dictatorship. They don’t know how fragile democracy is, Ana said. They just don’t know. In her view, liberty is slipping away almost by the day here in this country ruled by a Socialist-Communist coalition(seriously, there are actual Communists in the Spanish government). And people seem so passive in the face of it, confident that It Can’t Happen Here.

Later in the day, I was sitting around a table having coffee with a large group, and mentioned Ana’s story.

“Oh wow,” said a young woman at the other end. “My husband works with two Venezuelans, and they say the same thing.”

I wonder if any of this has appeared in the Spanish media, or if they’ve been as utterly incurious as the US media have been about exiles from Communism saying similar things about the descent of American life into wokeness. Reader, if you know anybody who came to America from a Communist country, why don’t you ask them if what they’re seeing here these days reminds them of what they left behind?

UPDATE: I have taken down the link to the Yeonmi Park video about Columbia. On second thought, it sounds like one of those “too good to check” things. If anybody can find evidence that she’s for real, let me know, and I’ll restore it.

My wife and I are Venezuelans living in Chile since 2007, and we have seen the slow involution of Chile from exemplary and stable democracy in South America, to being on the verge of woke neo-socialism.

Just for context, Venezuelans are the largest immigrant community in Chile, with close to 450.000 people in a country of 18 million. I’d say most of us are very vocal about what happened to our country, and have been sounding off the alarm for quite a few years now. In fact, “Chilezuela” as a concept is now widely used in local politics by the political establishment to describe the risk of going full socialist with disastrous consequences. Sadly, most people either ignore the warnings (“local politicians have been corrupt for too long so we need a change”), or just don’t believe it can happen here. It’s very frustrating.

So, we moved here 14 years ago running away from El Comandante’s socialist experiment, and now we may have to consider moving again if Jadue (the communist candidate, who is polling very well) wins in November. At least my wife has a spanish passport… and at least in Spain the Right seems to be putting up a good fight. We’ll see. We know the rise of this new religion is inevitable, and we’re willing to serve the Lord through it with our fellowship of brothers and sisters in Christ, wherever He takes us (or makes us stay)