Hard Words About The US Church’s Future 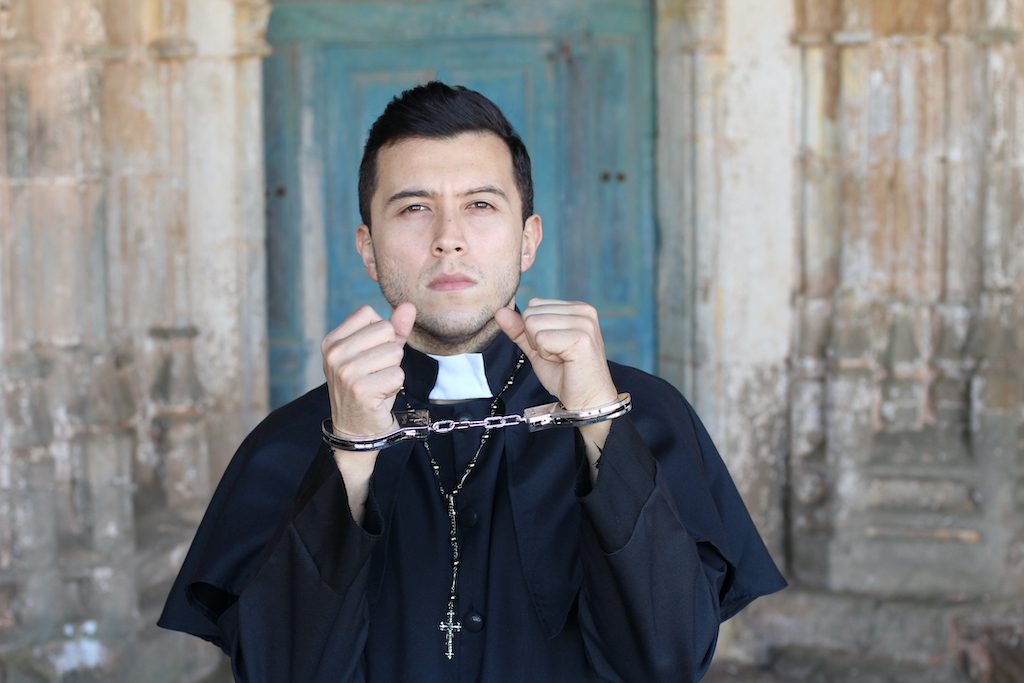 Rod Dreher
A Catholic parish priest writes to say that he has read the entire McCarrick Report, and offers these observations:

Along with the observation about the obvious proliferation and acceptance of homosexuality in the hierarchy, I have a few more:

I realize that some have criticized priests for not being more publicly vocal about the corruption.  The problems are numerous.  First, just like McCarrick they cover for each other.  Chanceries tend to be very insular with few changes of clerics in leadership, so they protect each other.  Any public criticism is immediately met with threats from the chancery.  Rarely is something so obviously wrong and provable that a priest could take the chance to say something.  Anything we report (and to whom?) will be shared with our own bishop by one of his friends.  What you end up seeing is “smoke” and behaviors that you know point to greater issues, but nothing you can definitively call out.
Second, they have complete control over your livelihood and future.  If they suspend you, then they cut your pay and benefits to a merely sustainable level.  There’s no possibility of retaining counsel.  Then if you leave the priesthood the Church says you can never work in the Church again.  All of the skills and education you have accumulated can no longer be used in the Church.  You know then, that if you leave, or are forced out, that you will have to start all over again with a new career and that you have lost any ability to effect change.  Third (and this is my position), we are now the resistance.  I have parishioners who need to hear the truth and receive the sacraments.  I know am making a huge difference in people’s lives despite the hierarchy.  I am happy as a priest and as long as the bishop largely leaves me alone, I can do good work.
This document is just another nail in the coffin of the moral authority and relevance of the episcopacy.  They haven’t been relevant to the faithful for quite some time.  I think it’s time for priests to now realize (if they already haven’t) that the bishops have abandoned us as well.  Every priest is on his own (unless he has some friends he truly trusts).
You have written extensively about the decline of our culture and the impending persecutions.  I agree with you.  I believe it’s important to realize that these persecutions will come from everyone in power; including the hierarchy who will try to make peace with our persecutors, as we already see them doing with Biden.  [Emphasis mine — RD] They are already selling out priests who speak out too strongly against moral evils.  The threat to religious liberty in the Church is not particularly from the secularists; it’s from the bishops who refuse to speak out and will sacrifice their priests who disturb the fragile and imaginary peace they seek to maintain with the powerful in the culture.
Consider this; hardly any bishop came out and instructed his faithful as to why a Catholic politician should not hold the intrinsically evil positions that Biden does and that this constitutes a grave scandal, but then they will demand their faithful not contracept and if they don’t attend Sunday Mass it constitutes a mortal sin, etc.  I can hear the faithful saying a collective “F–k Off!”  The episcopacy is dead.  How many even dared to speak up concerning Francis’ statement about homosexual civil marriages?  Some, but not many.  Don’t be fooled by the ones who seem “orthodox”.  It’s often a ruse and those guys are often just as gay as the overtly effeminate ones.  I have known many bishops and the priests who aspire to the episcopacy.  I trust none of them.  Just like the faithful have to effectively lie to save face amongst the secularists, priests have to do the same thing to their bishops and chanceries lest we be deemed a “potential liability” or worse.  The only thing left holding the Church together are faithful parish priests and laity.  (Here I am presuming the help and grace of God, of course.)
Thanks again for your work and fidelity to the Lord.

Man. That’s very heavy. But it’s necessary. It is far better for all of us to live in the world as it is rather than in the world as we wish it were.
Along those lines, this e-mail also arrived today:

Rod, I’ve been wanting to write you now, because of the last two posts–the Quickening and now Nebraska. It is not simply quickening–it is here already. I think people see the bias response teams and TIPS and all that as something that forebodes the worst–but it’s too late already–there is no coming, it’s been here a long time. Any culture that is willing to include these structures within its system has already fallen prey to a kind of scapegoating principle that is in the end tyrannical. You cannot argue with it, because there is no “it” there to argue with–it’s amorphous, always changing. It’s truly a trans-culture, which is probably the worst kind of tyranny, because at least with Stalin, he was a clear dictator–now, nobody really knows anymore.
A quick story for you: this week, two faculty members in the humanities at my small nominal “Catholic” university were laid off (8 others elsewhere). Both of these faculty members happen to have been there for 8 and 9 years respectively–clearly tested over time. They were not laid off for any student evals, any classroom misconduct, any lack of scholarship–they are both hard working, both excel at their discipline, both with promising futures. They were told it was because of financial challenges faced at the university. Here’s the thing–there were plenty of younger, recently hired faculty that could have been let go, with far less experience. But guess what: these two were Catholics–they were 24/7 Catholics. Not your typical woke Catholic, but living their faith in and out of classroom Catholics. And they were the ones let go. So, when the opportunity to let people go comes along, to change things up, you can bet it will be the Christians who will be let go, and there will be nothing we can do about it, because there will be nothing we can put our fingers on–the scapegoating will be implied, suggested, merely tacit, and when this scapegoating is done, over the course of a few months or years, there is no logic that can stand up against it. The systems they’re creating now are just a way of putting the final nails in the coffin of any resistance, but we’re already in our coffins.
If people don’t quit now and find people of faith to work with, they will suffer. If people don’t start forming communities of faith, businesses of faith, and start living small: accept less, detached from the world (by this you know what I mean–Ben Op detachment from within), seek holiness above wealth–if we do not radically change our view of what we expect for ourselves, we are going to be hurt, persecuted, etc. There will be persecution anyway–that is the Cross–but it will be much worse if we don’t change our orientation toward the Good now.
I say this, because I am one of those faculty members who was cut. I’ve got books, I’ve run international conferences, I review for the top journals in my field, I’ve played the game, and it didn’t matter–and if I hadn’t already been seeking out a network of people who courageously live their faith, I’d be lost right now. It’s not easy, I’ve lost friends trying to live my faith, but thank God I have a Church, I have true friends to pray with, etc.
Keep on calling this out–everyone needs to wake up.

The days to come are going to force American Christians to confront personal suffering for the faith in ways most never have done before (African American Christians are the obvious exception). Besides, it cannot be emphasized strongly enough: the old totalitarianism conquered societies through fear of pain; the new one will conquer primarily through manipulating people’s love of pleasure and fear of discomfort.

We should not conflate being socially or professionally marginalized with prison camps and the executioner’s bullet—the latter of which were all too real for anti-communist dissidents. But know this too: if we latter-day believers are not able and willing to be faithful in the relatively small trials we face now, there is no reason to think we will have what it takes to endure serious persecution in the future.

“Without being willing to suffer, even die for Christ, it’s just hypocrisy. It’s just a search for comfort,” says Yuri Sipko, the Russian Baptist pastor. “When I meet with brothers in faith, especially young people, I ask them: name three values as Christians that you are ready to die for. This is where you see the border between those who are serious about their faith and those who aren’t.”

When he thinks of the communist past, about Christians who were sent to prison camps and never returned, of those who were ridiculed in the world, who lost their jobs, who even in some cases had their children taken from them because of their faith, Sipko knows what gave them the strength to endure. Their ability to suffer all of this for the sake of Christ is what testified to the reality of their unseen God.

“You need to confess him and worship him in such a way that people can see that this world is a lie,” says the old pastor. “This is hard, but this is what reveals man as an image of God.”

Mária Komáromi teaches in a Catholic school in Budapest. She and her late husband, János, were religious dissidents under the communist regime, and bore many burdens to keep the faith alive.

“You have to suffer for the truth because that’s what makes you authentic. That’s what makes that truth credible. If I’m not willing to suffer, my truth might as well be nothing more than an ideology,” she tells me.

Suffering is a part of every human’s life. We don’t know why we suffer. But your suffering is like a seal. If you put that seal on your actions, interestingly enough, people start to wonder about your truth—that maybe you are right about God. In one sense, it’s a mystery, because the Evil One wants to persuade us that there is a life without suffering. First you have to live through it, and then you try to pass on the value of suffering, because suffering has a value.

Wealth, success, and status are no real defenses against suffering, Komáromi says. Look at all the people who have everything this world can offer, but who still fall into self-destructive behavior, even suicide. Christians must embrace suffering because that’s what Jesus did, and because they have the promise, on faith, that to share in his suffering will bring glory in the next life.