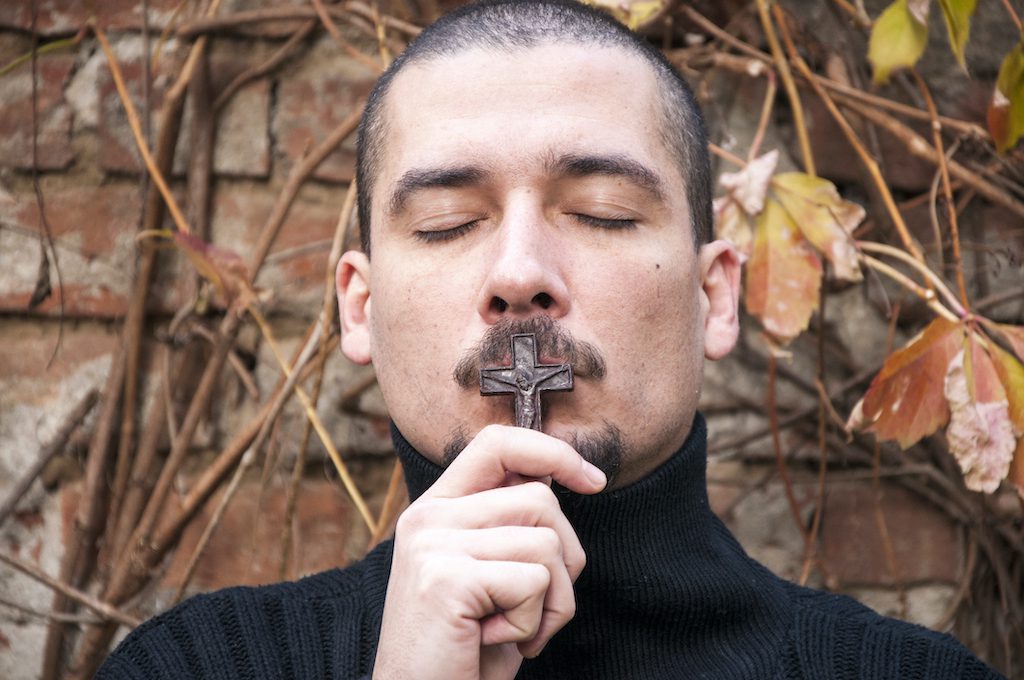 Samuel D. James has reviewed Live Not By Lies at Christianity Today.  He kind of liked the book. Here’s the core of his disagreement:

Dreher is a seasoned journalist with much experience covering religious liberty battles. Given this, Live Not by Lies makes a surprisingly weak case for an impending woke totalitarianism. Much of the book feels impressionistic, as if switching from historical Soviet testimony to contemporary cultural analysis and then back to Soviet history is itself sufficient evidence. Dreher acknowledges that the religious, social, and political situation of late-19th-century Europe is quite different than that of the current United States, but he sees the difference as mostly irrelevant. He has a low opinion of American Christianity—“the spirit of the therapeutic has conquered the churches. … Relatively few contemporary Christians are prepared to suffer for the faith”—but he says almost nothing about America’s formidable (though not impervious) legal protections for religious liberty. Ultimately, he offers no plausible roadmap showing how a country whose legal institutions are deeply shaped by the First Amendment and a historically religious citizenry could flip-flop into a woke terror.

Ultimately, he offers no plausible roadmap showing how a country whose legal institutions are deeply shaped by the First Amendment and a historically religious citizenry could flip-flop into a woke terror.

Funny, but I just got off a Zoom interview with an Evangelical podcaster, who mentioned to me his friend, a Russian emigre pastor on the US West Coast, who has been warning him lately that he is seeing arise in America a version of what he grew up with in the Soviet Union. The podcaster, who lives in California, mentioned friends in his own state who grew up under communism, who have recently left the state for Texas because things in the Golden State were beginning to seem unnervingly like old times.

Anyway, this is the first time I’ve heard that Live Not By Lies doesn’t make a plausible case for soft totalitarianism. Maybe so, but I don’t believe it. The first half of the book explains how I think all this is going to go down, and the mechanisms for the change. Did James miss all the stuff about woke capitalism? About the social credit system? It’s all there. Maybe I didn’t convince James, and the fault lies with me as a journalist and rhetorician.

But I can’t help wondering if James is one of those Christians who does not want to be convinced — one of the people Solzhenitsyn talked about when he spoke of those who were eager to believe — wrongly — that what happened in Russia could not happen in this country.

James says I don’t show how a “historically religious” people could submit to soft totalitarianism. Well, one way you do it is by losing your religion — both in terms of quantity (that is, a reduction in numbers of believers) and in quality (the content of their belief). Both things are happening right now. The younger generation is falling away in large numbers from the churches, and they also have by and large abandoned Biblical orthodoxy on sex, especially on LGBT, and are moving swiftly to embrace Critical Race Theory. This matters because soft totalitarianism will manifest itself largely by forcing dissenters to capitulate to progressive orthodoxies on LGBT and race. The idea that America’s religious past guarantees its religious future is risible. James used to work at the Southern Baptist Ethics & Religious Liberty Commission. Surely he can read the surveys.

And surely he knows that the First Amendment is something that requires interpretation. The United States does indeed have a strong history of religious liberty jurisprudence — thank God — but it is not guaranteed to remain that way forever. There are irreconcilable conflicts between religious liberty and civil rights — especially gay civil rights. How should they be resolved? Courts have to make that call. Similarly, in the famous Bob Jones decision, SCOTUS ruled that the IRS could withdraw the tax exemption of a religious institution (Bob Jones University) that racially discriminated. What would happen if the Biden Administration decided to withdraw tax exemption from religious institutions that discriminate against LGBTs in any way?

Furthermore, with “religious liberty” having become a synonym for anti-gay hatred among so many on the Left, there is no guarantee at all that the liberties of dissenting Christians will be protected forever. A few years back, and conservative Christian law professor at an elite law school told me that none of his colleagues had any instinctive feel for religious liberty. They were not religious, and knew no one who was. These are the professors who are educating the next generation of judges. Moreover, I was at a Federalist Society convention a couple of years back, and heard Christian lawyers and law professors lamenting the dearth of religiously active young members of the Society. The overwhelming majority of them are libertarians, said the older men. This is going to matter a lot.

In only six years, we have gone from gay marriage being declared the law of the land, to the Supreme Court finding that US civil rights law protects transgendered people from being fired. It should not be at all difficult to imagine that anybody who rejects LGBT orthodoxy will pay a professional and personal price. InLive Not By Lies, I quote a doctor who grew up in Soviet Russia, saying that in the US hospital where he works, no physician is allowed to refuse any request by a patient for cross-sex hormones or other gender-changing intervention, even if it goes against the physician’s best medical judgment (note: not his religious conscience, but medical judgment). There are many examples like this.

Is it really so hard for Samuel James, as a conservative Evangelical, to see how all this can come down? I sincerely don’t get his point.

About my claim that “the spirit of the therapeutic has conquered the churches,” I would refer James to the ample documentation by sociologist Christian Smith, and others, about Moralistic Therapeutic Deism as the de facto American religion. I wrote a lot about that in my book The Benedict Option. Niceness über Alles is the law of church life in much of America today. I certainly don’t believe in putting in a good word for meanness; what I’m talking about is a lack of resilience that comes from being all too eager to be thought well of by respectable people. I’ve told the story here many times about the Christian college professor who told me that the students on his campus, having been formed by church youth groups (which treat faith as entirely relational, e.g., “Jesus is my best friend”), don’t know how to live faithfully in a world that sees orthodox Christianity as mean and bigoted. A church that doesn’t know what it means to suffer for the Gospel is not going to be able to withstand persecution.

James is betting on the church being left alone, because what happened in Russia can’t happen here. Not to use nice Americans, with our history of churchgoing, and our First Amendment. That is not a bet I would take. Would you?

“If it were possible for any nation to fathom another people’s bitter experience through a book, how much easier its future fate would become and how many calamities and mistakes it could avoid. But it is very difficult. There always is this fallacious belief: ‘It would not be the same here; here such things are impossible.’

Alas, all the evil of the twentieth century is possible everywhere on earth.”

It can happen here. It is happening here right now. Do you know someone who grew up under communism? Ask them what they think.