Life Inside A Woke Corporation 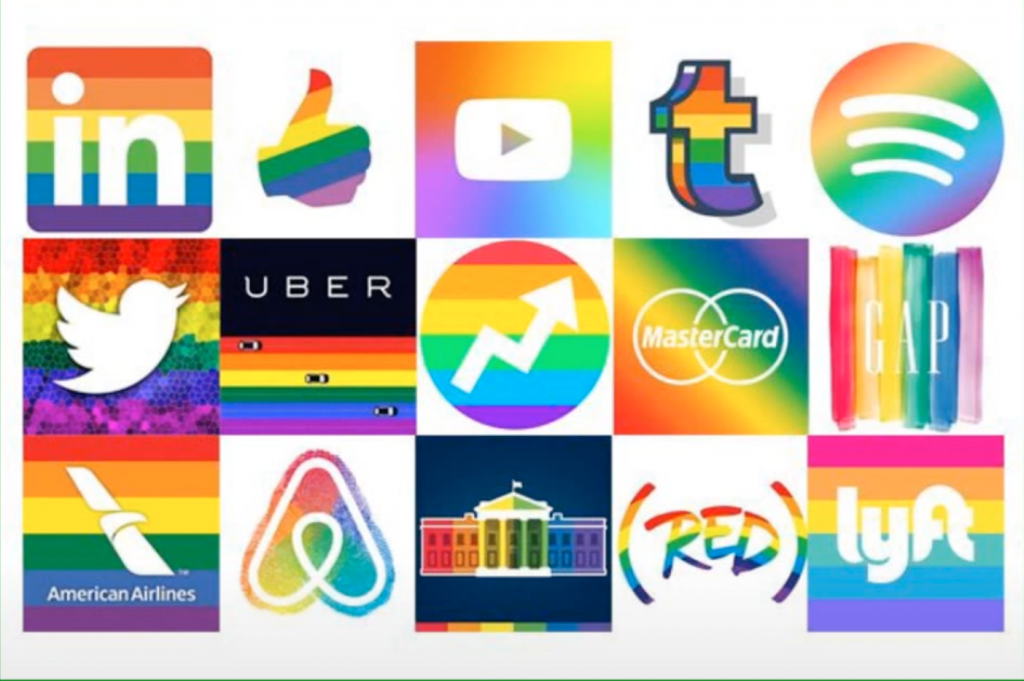 I had a conference call on Sunday night with two guys back in the US. Both are young conservative Christian friends who worked for the same major American media company (one still does, but the other quit a few months back). They are white males. They reached out to me via a mutual friend after my book Live Not By Lies had an impact on them. They agreed to talk to me for the record if I consented to keeping their details private. What follows is my record of our conversation, revised to honor their concerns. I sent the draft version of this post to them both to make sure I had written down our conversation accurately, and that I had protected them both. The one who still works for this company (I’ll call it ACME) has a family to support, and can’t afford to lose his job.

I will call these men Rick and Charlie. Their real names aren’t even close to this. I hate that I have to write like this, but these are the stakes. People are scared to death for their careers – and they have reason to be.

ACME has become increasingly woke, and this has caused big demoralization within the corporation among those who dissent from its progressive line. After one particular high-profile incident a year or so ago involving a public figure who worked for the company being fired for an extremely minor social media post, Rick said that “all of the conservatives I know at ACME were like, I’m keeping my mouth shut.”

Rick had a significant amount of responsibility inside ACME, working on a marketing team.

He loved his job, and loved the company. After the George Floyd killing, ACME went into internal panic mode. They had lots of Zoom discussions about race. “The white people could talk, but none of us did,” says Rick. “The assumption was that we didn’t have anything to say, so none of us did.”

Rick says that in these endless strings of meetings, ACME executives would give black people an opportunity to voice their frustrations and anger, and to talk about their “lived experiences” with racism, or what they perceived to be racism.

“Some of these things really were racism,” says Rick. “Others weren’t specific to race, but were everybody’s lived experience. Everybody gets treated badly in the same way at some point. But you couldn’t say that out loud. I sat through countless hours of that kind of meeting.”

Then the team in Rick’s division started talking about hiring.

Rick said that in his division, the quality and effectiveness of the work they were doing took a back seat to identity politics. “It became our total motivation: hiring x number of female directors, and x number of black directors.”

There was one case in which the team had the budget to make a hire, and considered taking on a freelancer who had done superb work for them in the past, under budget. The problem: he was a white male.

“Someone present in the hiring meeting said, ‘White people had it good for 400 years – it’s about time they felt the sting,’” says Rick. “None of the people leading the meeting said a word about that.”

There was another case in which a team was carrying out an expensive shoot in an environment in which a black actor hired for the shoot decided on the set that they didn’t want to subject themself to a minor inconvenience that was part of the contract. After the shoot ended, ACME offices were filled with lamentations over how racially insensitive ACME was to expect a black person to do something they didn’t want to do — even though the request was extremely minor, and the actor had signed on for it. As Rick put it, expecting a black actor to honor a professional commitment was considered intolerably racist by ACME staff.

As a conservative Christian, Rick says he felt uncomfortable having to promote LGBT in his work for the company. At one point, he was asked to cast non-binary children in one project. He did as he was told, but as a Christian, thought, “How did I let this get away from me?”

What’s more, he realized that he did not have a voice inside the company, which is a vast enterprise with billions in annual revenue.

“There are internal teams for all voices. They’ll check out content with the various teams to see if it’s accurate or offensive. There’s nothing for Christians. Stuff like that was starting to bother me.”

Charlie, who still works at ACME, and who was silent during most of our call, chimed in. He recalled being present when a senior executive of the corporation, in a private session, said that “since we’re all friends here” – meaning by this, because I’m confident that we all agree – and then tore into political conservatives.

“I think most of people at ACME who are on the left have no idea that there might be anybody in the workplace who is a conservative,” Charlie says. “They see the world as divided between good people and bad people. The people we work with are good people, so there couldn’t be any conservatives here.”

Rick says he would speak to the one other believer he knew within ACME, and they would talk quietly about what their last straw was going to be. When he made the decision to quit, Rick’s star was on the rise there [I looked him up online at the ACME website, and he seems to have been a rising start at the company]. But he was torn up inside.

“I realized I was using my God-given talents to promote this company where I no longer have a voice, and to promote values I don’t believe in,” Rick recalls. “I kept coming back to the Solzhenitsyn quote you cite in Live Not By Lies: ‘Let the lie exist, but not through me.’”

Now Rick has changed careers totally. He is training to start his own business. For him, as a Christian conservative, it’s worth it. He says, “I just want to work at a place where I’m not beholden to someone else’s ideas.”

Still, Rick wishes he had been bolder in the workplace, especially from the beginning. He wishes he had challenged co-workers’ opinions of whites, males, conservatives, and Christians. “If you start by being vocal, and being your true self – as clichéd as that sounds – and insisting that I have value, even if you don’t think I do – I wish I had done that.”

It’s important to have a community where you can vent. That’s been incredibly helpful to me. Eventually you can sniff out the fellow conservatives within the organization – people with whom you can have a gut check and say, ‘Am I crazy, or is this wrong’? It doesn’t have to be within the company. The bottling it up is soul-crushing. You have to constantly be on so you don’t say something that could get you fired.

Charlie says he has been trying to help the Evangelical congregation of which he’s a part learn more about the principles of wokeness and critical theory. He says people there seem to be grateful that someone – even a layman like Charlie – is giving them guidance about this confusing stuff.

“Churches need to step up and recognize where we’re at, and start preparing people,” Charlie says. “You’re going to have church members who are going to lose their jobs. We have to start building safety nets. People we’re in community with, we need to step up and help people know that their church members have their backs. I would like to see more pastors read Live Not By Lies and understand what’s happening now, and what’s coming. We need to prepare.”

I told Rick and Charlie that it’s so discouraging to me to hear good-willed, intelligent conservative churchmen try to temporize on this stuff, to avoid having to take a controversial stand. Too often the people who recognize this evil for what it is are those who are so far out there ideologically that you don’t want to be associated with them.

Charlie agreed, saying, “It’s going to be reasonable people having the courage to speak up, saying that you don’t have to be on the crazy far right to see that this is wrong.”