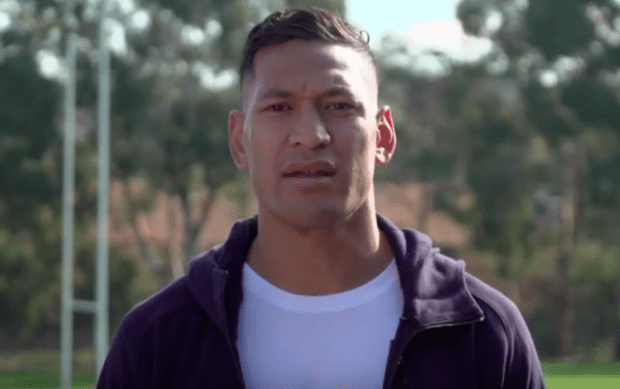 If Rugby Australia had existed in the first century of the Christian era, and Paul had had enough talent to be a contracted player, Rugby Australia would presumably have ripped up his contract once his letter to the Corinthians became public. That makes it quite bizarre that Castle should have justified Folau’s dismissal by saying, “People need to feel safe and welcomed in our game regardless of their gender, race, background, religion, or sexuality.” Did she mean that you can feel welcomed in rugby, regardless of your religious beliefs, as long as you don’t express them in public? That looks a lot like telling homosexuals that they can do what they want in the privacy of their bedroom, but they must not show their affection in public because some people might find it offensive.

As this example shows – and as John Stuart Mill argued in his classic On Liberty – once we allow, as a ground for restricting someone’s freedom of speech or action, the claim that someone else has been offended by it, freedom is in grave danger of disappearing entirely. After all, it is very difficult to say anything significant to which no one could possibly take offense. Mill had in mind restrictions imposed by the state, but when employers dismiss employees who make controversial utterances, that is also a threat to freedom of expression – especially when the employer has a monopoly on the employment of workers with special skills, as Rugby Australia does.

If that analogy seems implausible, that’s because you do not take Folau’s beliefs seriously. Granted, for anyone outside that particular faith, it’s hard to take such beliefs seriously. But try putting yourself in the position of someone with Folau’s beliefs. You see people on a path toward a terrible fate – much worse than getting lung cancer, because death will not release them from their agony – and they are blind to what awaits them. Wouldn’t you want to warn them, and give them the chance to avoid that awful fate? I assume that is what Folau believes he is doing. He even tells homosexuals that Jesus loves them, and calls on them to repent so that they can avoid burning in hell for eternity. That doesn’t sound like hate speech.

Holly Lawford-Smith is a political philosopher at the University of Melbourne, and a radical feminist. An earlier Twitter account of hers was shut down by Twitter, and her current one is on some kind of Twitter caution, because she is critical of some aspects of transgender theory. This counts as “transphobia” in the eyes of the Woke Police. Check out her essay from a couple of weeks back, stating her “Radical Feminist Wish List”; traditional Christians like me would support a lot of it.

So, here’s what this radical lesbian feminist academic is now doing:

It turns out that Dr. Lawford-Smith, like Dr. Singer, is a real liberal. Bless them both.

I wrote yesterday about how Go Fund Me had booted Israel Folau because his attempt to raise money to pay for his legal case against Rugby Australia for destroying his career ran afoul of its wokeness. I mentioned also that there’s a move among the Woke to go after Folau’s wife, who is also a professional athlete, because she has publicly expressed support for her husband. Get this: in just 24 hours, the Australian Christian Lobby has raised $1.5 million for Folau’s legal defense — far more than he had raised on Go Fund Me! Take a look:

It is thrilling that so many ordinary people are so fed up with the Woke Police that they are doing what they can to fight back — including donating to Folau. This is the same kind of thing that last month saw the conservative party in Australia returned to office in a shock election expected to be a Labour victory. Ordinary people get so sick of these bullies, and do not want to see them in power.

Fellow conservatives, let’s be thankful for allies like Peter Singer and Holly Lawford-Smith. And when we can support them, let’s not fail to do so, even though we strongly disagree with some of the things they believe in.