Hungary Stands Tall, Will Not Kneel 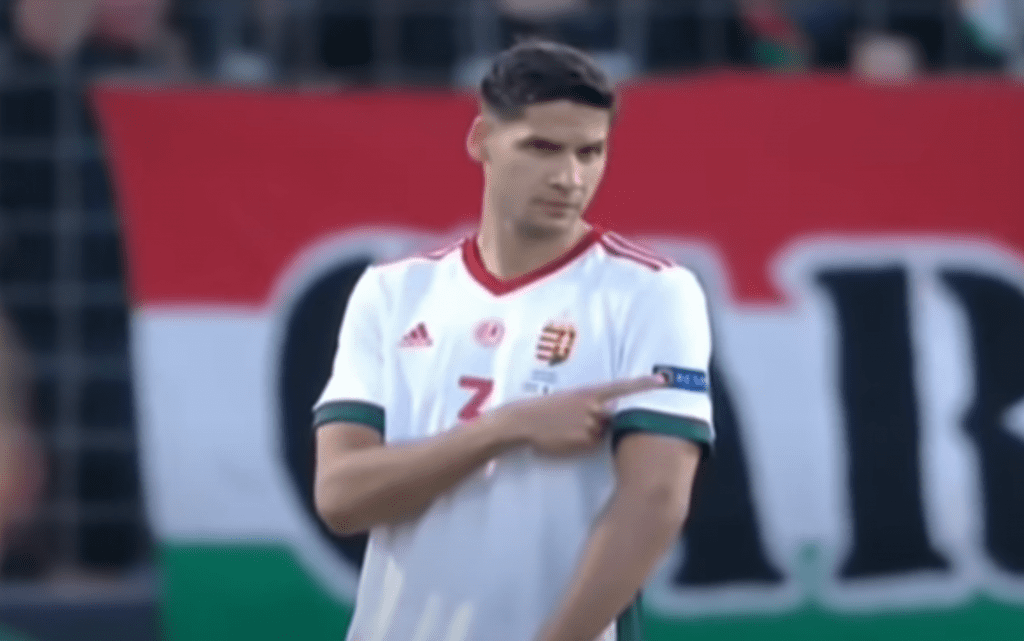 A Hungarian football player refusing the BLM kneel before a match, but signaling to fans to show respect to the Irish team, which kneeled (Source).

I have mentioned in this space before how weird it is that US culture war issues — Black Lives Matter, in particular — have been taken up by the Left in Europe, including Hungary. I can’t tell you how many conversations I’ve had with Hungarians who are sick of it. They feel manipulated into saying things that have nothing to do with them. Well, the other day, the Hungarian national soccer team caused controversy:

According to MLSZ’s explanation: “Core values ​​of the sport are equal opportunities, respect for teammates and the opponent. Football could become the most popular sport in the world because it belongs to everyone. The Hungarian national team not only follows international rules and norms in all cases, but also pays respect to everyone – be it an opponent, a fan or anyone else.”

MLSZ’s statement further highlights its “A gyűlölet nem pálya” (“Racism is not a field of play”) campaign, in practice for years now, additionally recalling that UEFA and FIFA rules don’t allow any kind of politics on the field or in the stadium, “which MLSZ not only accepts but also agrees with.”

Good for them. Anti-black racism is not a problem in Hungarian society, because there are so few black people here. What these football players object to is the politicization of their sport by the Left. Unfortunately, in a match the other day, some Hungarian plans booed the Irish team for taking a knee. The Hungarian players on the field pointed to the “Respect” patch on their own jerseys, trying to signal to their fans to, well, respect the choice of the Irish players. That was the right thing to do, in my view.

Still, I am proud of the Hungarian team for refusing to be bullied into participation in a political act. My guess is that the Hungarian fans were not booing in support of racism, but booing because they are tired of the performative political gestures that politicize sports. And they’re right. Here is the full statement by the Hungarian team:

The basic values ​​of the sport are equal opportunities, respect for the teammate and the opponent. Football may have become the most popular sport in the world because it belongs to everyone. The Hungarian national team not only follows the international rules and norms in all cases, but also pays tribute to everyone – be it an opponent, a fan or anyone else. MLSZ has been fighting all forms of hatred for years as part of the “Hate is not a track” campaign. The rules of UEFA and FIFA do not allow politicking on the field and in the stadium, which the MLSZ not only accepts but also agrees with. The national team will not express its condemnation of any form of hatred by kneeling before the matches.