On Joe Biden's Satanic monkeypox czar: 'It's like we're living in a C.S. Lewis novel' 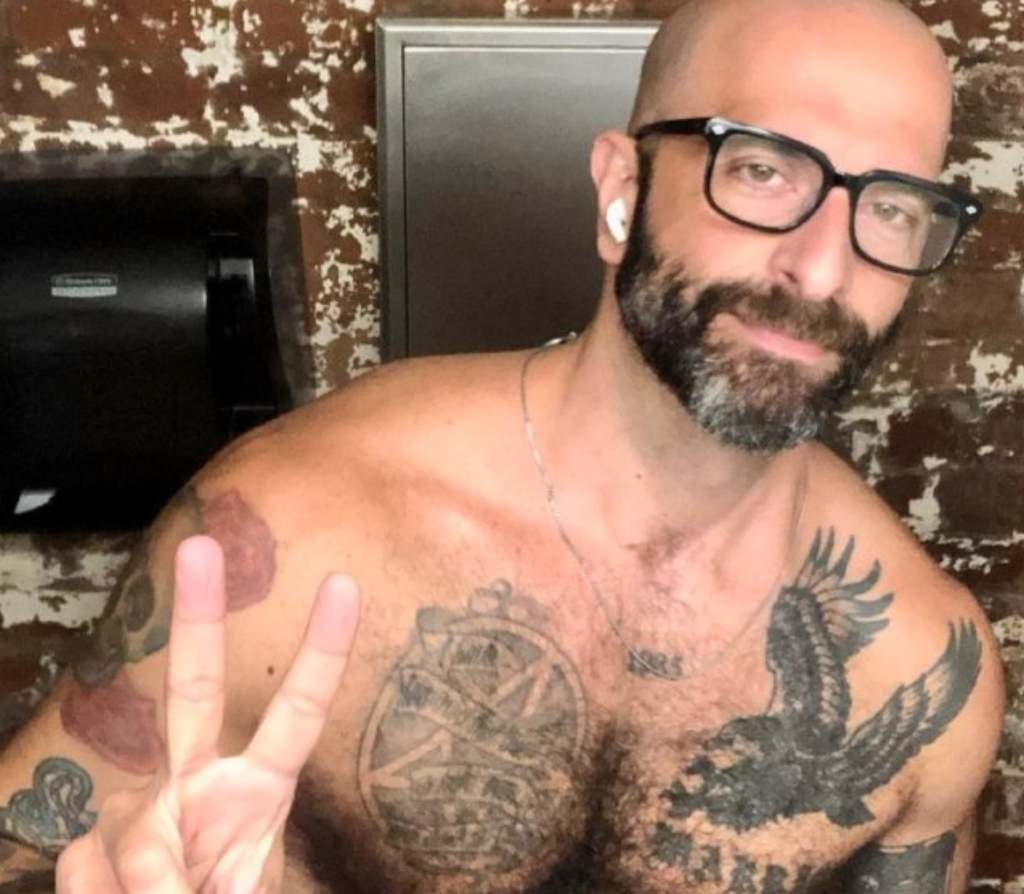 Are there any limits to the weirdos this Democratic administration will hire for important positions? You might have thought the baldheaded cross-dressing sadomasochist Sam Brinton was the outer limits (Biden appointed him to head an office within the Department of Energy). And, of course, transgender assistan Secretary of Health Rachel Levine:

Daskalakis is known for his efforts in the world of HIV and other diseases affecting the LGBTQ+ community, having attended New York University Medical School, followed by a residency, fellowship, and additional masters degree from Harvard Medical School. In an interview with The Atlantic in 2014, he said “I learned my bedside manner from East Village drag queens.” He attended Columbia University as an undergraduate and was a “general and religion double major.” Raised by Greek Orthodox immigrants in Arlington, Virginia, a review of Dr. Daskalakis’s social media presence reveals a penchant for pentagrams and other Satanic symbolism, The National Pulse can reveal.

They're not kidding. And it's not scurrilous conspiratorial innuendo. Dr. Daskalakis has documented online his adventures in the world of the occult and homosexual sadomasochism. For example, here is the doctor (right, in the pentagram helmet), with his husband Michael Macneal, wearing a crown of thorns:

More from the gym:

Of course President Biden had every right to do this, but the question is -- why? Why do the Democrats promote such dark and strange people to high office? Somebody said on Twitter the other day that QAnon types freak out over the idea that the state is run by a Satanic cabal, and we all laugh at that ... but then the president appoints to high office a gay sadomasochist who presents himself as a Satanist, so... .

A friend said to me at dinner tonight, "It's like we're living in a C.S. Lewis novel." Exactly. Signs of the times.

Giuseppe Scalas
Biden is a troll.

John Phillips
Biden is nothing but a prop. He makes no decisions other than support any and all decision that his handlers tell him he made.

JON FRAZIER
The guy Rod is talking about here was originally hired in April 2020 (at least that's what several online sources state). who was president in April 2020?

Zenos Alexandrovitch
Probably the AmCon Discord Diaspora Moderator, seems to be the kind of thing she's into.

Zenos Alexandrovitch
What Jon? Not calling Rod a QAnon conspiracy theorist for pointing out public information?

Like you called me a QAnon cultist for pointing out something Rod has previously pointed out about Hungary?

Being a bit of a hypocrit, aren't you?

JON FRAZIER
Rod, this guy is an out-an-out troll who, since he can't attack someone else has battened on me.
It's great that you don't have to moderate a million comments as in the old Disqus days-- I know how much effort that cost you. But is there now a tolerance on TAC for personal attacks on others?

Zenos Alexandrovitch
Aren't you the one who attacked me first, slandering me by calling me a QAnon. Now you slander me by calling me a troll. Apparently to you and the AmCon Moderator, anyone who disagrees with you is a troll. Pathetic. An accurate and historical reductio is presented and rather than dealing with it, ya'll react with autistic thinking.

I'm pointing out your actual hypocrisy - you have your head so far up your nether regions to be self aware.

Zenos Alexandrovitch
Well, he seems to have the same predilections as the AmCon Discord Diaspora moderator. She might be a bit more hardcore with it even - banning and slandering seminarians for disagreeing with her while ignoring evidence.