Building Up From Chaos

Reform of American foreign policy will not come from some new program. It will have to be a conversion, a whole reorientation of thinking. 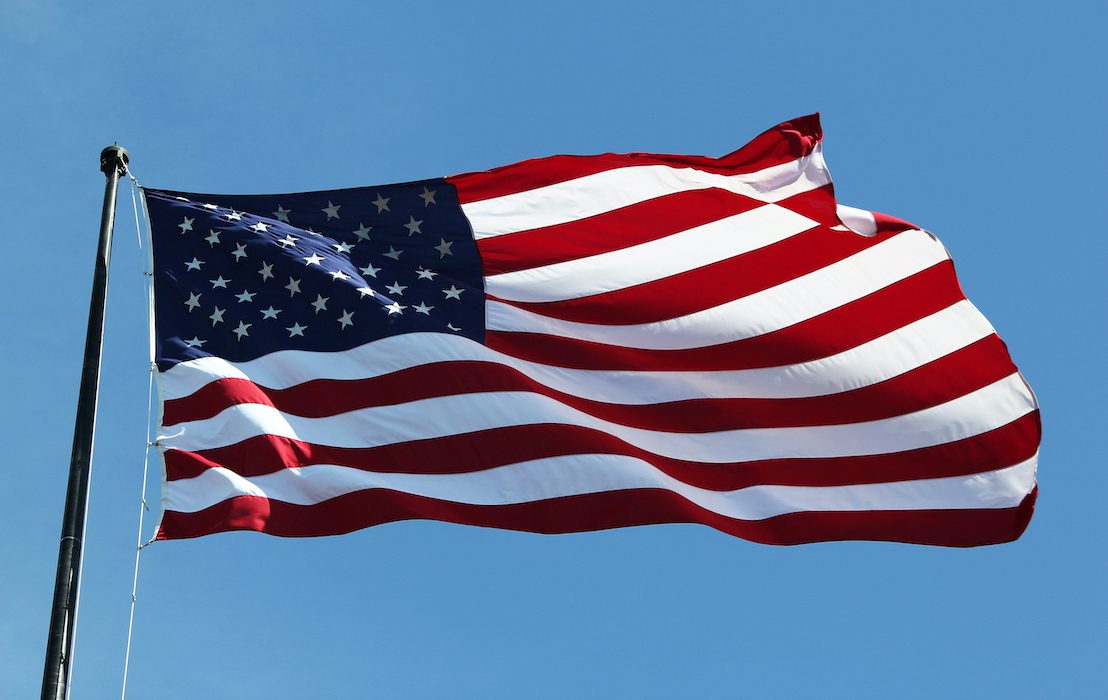 We all make mistakes, and once in a while most of us make a category mistake. The grocery store puts eggs in the dairy section. In love with the idea of being in love, professors of philosophy refer to themselves as philosophers. And Henry Olsen went looking for “a coherent approach” to defending democracy abroad at a conference about separating American security from defending democracy abroad.

Last Thursday’s “Up From Chaos” went off with nary a hitch (excepting my stepping in last-minute for an ill panelist) and did what it was supposed to do: It planted the stars and stripes and said, Look, GOP—2002? 2003? 2012? Some of us don’t want that anymore; let’s step back and think before we do something we may have cause to regret. Of course, that is not a surprise to readers of The American Conservative or friends of American Moment, our conference co-organizers. But in gathering some headline speakers and curious listeners in a room we can make the abstractions of print, podcast, and seminar a little more embodied, and people like Olsen write columns about it in the Washington Post.

The conference had a program, of course—a slick and attractive one if I may compliment American Moment’s Jake Mercier—but its ordered content was always supposed to be anti-programmatic. Look what a program of spreading liberalism and defending democracy has gotten us in Iraq, Afghanistan, Syria, and Libya; as Olsen conceded, we skeptics of liberal internationalism “rightfully contend that these acts squandered American power, damaged American prestige and emboldened America’s adversaries.” Perhaps, then, a different category of approach is in fact in order. Look at Putin’s invasion of Ukraine, and what pushing NATO and Western liberal values by hook and crook as far East as we can has come to, in shaken confidence in the dollar system and the return of nuclear brinkmanship. As Anton Chigurh asks in No Country for Old Men, “If the rule you followed brought you to this, of what use was the rule?”

Critics like Olsen dismiss such considerations as “justification to ignore the perilous situation before us.” No time to think, they all but say; we have to do something, so let the old losing team run the old losing playbook again. Never mind that if, as the Biden administration and hawk luminaries keep understandably emphasizing (cognizant that it is in fact unpopular with voters), no one is advocating for American soldiers fighting Russians in Ukraine, then we have nothing but time to think, not actually being belligerents. After failing to anticipate—despite warnings from George Kennan, John Mearsheimer, and many others—what the consequences of making Putin feel backed into a corner might be, the hawks remain confident of their theory of mind and thus their assumptions about, as Olsen put it, “the actions Russia likely would have taken without E.U. and NATO expansion.” You see, nothing has been a mistake; instead, they have saved us from a counterfactual alternate reality where Poland is invaded again. No wonder multiverse schlock does so well in the box office, when even some of our best columnists find themselves roleplaying Marvel’s Dr. Strange.

If there must be a coherent takeaway from “Up From Chaos” spelled out for people, then it is this: The D.C. system, every incentive structure entrenched in this town since the Eisenhower administration, is oriented towards  military interventions. Representatives Thomas Massie, Matt Rosendale, and Dan Bishop, as well as Senator Rand Paul, all highlighted the ways the executive bureaucracy and its revolving door establishment class has, with the mostly enthusiastic cooperation of the legislature, taken on the direction of America’s foreign policy and identity on the world stage. The first two panels of the conference sought to make specific the mechanisms by which this has happened and continues to happen, in both the halls of government and the offices and studios of prestige media.

What all this means, then, is that reform will have to be a conversion, a whole reorientation of thinking, and that all the elements of major political reform in America are tied together. In his keynote address J.D. Vance said that while his donors support his putting America and Americans first in matters of trade and immigration, some balk when he does the same in foreign policy. This is because foreign policy is preeminent in D.C. and conditions all the rest. As I argued in a column a couple weeks ago, there are political orders of operations just as there is an order of operations in basic mathematics, and unless we change America’s posture on the world stage, we cannot really hope to change its focus in domestic policy. Immigration levels and the protection of the border are, if you think about it even a little, foreign policy questions, ones of national character and sovereignty. Trade reforms, too, are, fundamentally, about altering America’s relationship to the global market and thus to other countries. Dost thou renounce liberal internationalism and all its works, the vain pomp and glory of the world, with all covetous desires of the same, and the sinful desires of the flesh, so that thou wilt not follow, nor be led by them?

Olsen regrets that the final, forward looking panel did not, excepting Will Ruger, set forth “a clear alternative to the foreign policy approach they decried.” I’m not sure what he hoped that would look like, since as I understood it the point made by all at the conference was that decisions should be made from an initial position of caution, prudentially considering the likely effects on the American middle class. To presume enough to use “we” in a diverse tent, we understand that there is a mid-game chessboard at the moment, full of interdependent entanglements, but we want to play in a way that protects the king—the American people—not remain committed to an aesthetically pleasing arrangement of pieces. You have to play to win, in response to the other players.

Stepping back from speaking for a still inchoate collective, let me offer some brief concluding thoughts brushing at a specific grand strategy. America remains blessed by Providence; our country spans a continent, protected by two oceans, with officially friendly and materially weak neighbors to our north and south. We have a bounty of natural resources. Conserving American security, as the conference subtitle put it, is more a matter of not mucking it up than proactive labor. Nuclear weapons present the only external danger to our republic more pressing than the invasion of migrants and drugs across our border with Mexico. In Ukraine, at least, this provides a clear enough heuristic: We should do nothing that substantially increases the risk of nuclear war with Russia, and we should support a resolution of the conflict and end to the killing of Ukrainian civilians as quickly as possible, not hinder negotiations with concerns about American “credibility” or a commitment to proving liberal democracy’s historical primacy.

The heartland theory concern, which mandates that no one power or alliance of powers dominates Eurasia, can be addressed by means other than making a quagmire of Ukraine. Surely we can find another tactic for keeping Germany and Russia apart than driving the latter close to China. America remains the preeminent power in world affairs, but it does not stand alone; we tried and failed to integrate China into our global system. A degree of multipolarity is already here and rather than scrabble to maintain a hegemony fast slipping away, let us accept reality, and embrace a multipolar world on our own terms. Yes, that will require maintaining naval supremacy, but it also suggests restoring our focus to the Western Hemisphere, constructing new economic orders to replace our current, China-dependent one. Even as it seeks to dominate institutions of the international order, the CCP is working to build another one; two can play that game, and we can do better. India, France, Japan, there are powers that can help balance the globe without American troops always leading the way. The future is a dangerous and uncertain place, and the focus of our leaders should be preparing for it here at home.