Are You Really Middle Class?

The standard of living taken for granted in the 1960s is now affordable to very few. 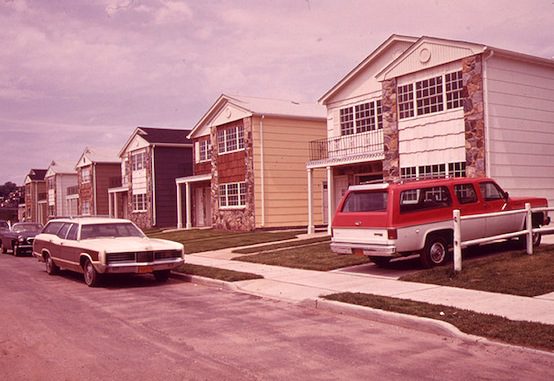 Somewhere between the two is the middle class, though trying to narrow it down forces us into an impassable statistical thicket. For example, government agencies report income in different ways. The IRS reports individual tax returns (147 million) while other agencies report household income (117 million households).

The median household income is around $53,000—a number that’s declined since 2007 when adjusted for inflation. This is obviously in the middle range of income, but regional cost differences render national numbers meaningless: $53,000 is near-poverty level in left and right coast cities.

Income totals don’t include government transfers, and that seriously distorts the data. If services provided to low-income households are added in—for example, SNAP (food stamps), Medicaid (free healthcare coverage) and Section 8 housing vouchers (subsidized rent)—the income for households that are defined as “poor” by earned income alone may be between $60,000 and $75,000—not wealthy but certainly not poor.

Then there’s the problem of sorting out what households do with their income. Is a family that owns no assets and lives paycheck to paycheck “middle class” because their income is high?

I propose that we define the middle class as a set of financial attributes and assets that were widely considered an attainable norm in the 1960s. If prosperity has indeed been rising for the past 50 years, households should be able to not just meet these twelve minimum thresholds, but greatly exceed them.

Many of these thresholds have changed over the decades. In the 1960s, it was common to pay for doctor’s visits in cash; now insurance is required for even the most routine visit. Vehicles last longer now, but cost more, and so on.

Setting aside such quibbles, these thresholds define the key characteristic of the traditional middle class: the middle class accumulates capital that can be passed on to the next generation.

The wealthy are presumed to have inherited income-producing capital, and their job is to preserve that capital for the next generation to inherit. The working class (which includes the working poor who receive government subsidies) live paycheck to paycheck because they lack the income and skills needed to accumulate capital.

Perhaps this is why so many of those claiming membership in the middle class feel poor: by the conventions of an earlier definition of middle class, they are poor because they’re accumulating very little capital.

So what does it cost to meet these 12 minimum standards today?

Let’s start by stipulating that regional differences make it impossible to determine a national minimum; let’s aim for a mid-point between high coastal/urban costs and lower rural costs, and ask readers to make the necessary adjustments.

We also need to account for the costs typically paid by corporate and government employers—healthcare insurance, pension/401K contributions, and the employer’s share of Social Security and Medicare payroll taxes. We have to look at total compensation costs—not just wages/salaries, but the combined costs of compensation and benefits paid by employers

Self-employed people (I raise my hand here) pay healthcare insurance, IRA/401K contributions, and the employer’s share of Social Security and Medicare payroll taxes out of pocket, so we’re keenly aware of these costs that are often invisible to employees.

With the acknowledgement that debates about each item could fill volumes, here is my rough estimate of what it takes to meet the 12 thresholds of membership in the middle class.

If this seems high, it’s not; rather, these are at the lower end of realistic estimates.

For example, according to health care consulting firm Milliman Inc., healthcare for a family of four is more than $19,000 annually. (My wife and I pay $13,000 for basic coverage, and pay cash for eyewear, dental care and medications, so this looks low-ball to me.)

The AAA estimates the cost of each compact car at $6,700 annually, and the average cost of auto ownership at $8,946 per year, so $13,000 per year assumes two compacts each driven 15,000 miles. Two well-maintained clunkers will cost less, of course, but it’s easy to argue that other estimates in this list are way under typical expenses. Property taxes are much higher in many states, and basic expenses cost more in many locales. The enrichment line item doesn’t include a family vacation, which can easily add thousands more, or savings for college.

There’s no line item for servicing student loans or subsidizing post-college offspring or care for elderly parents. Nudge up a few items and you’re soon pushing the line separating “middle class” from the top 10 percent.

What can we conclude from this experiment? One inescapable conclusion is that costs have soared for things that were once affordable while incomes have by and large not kept pace.

Another is that by this definition, there are far fewer members of the middle class than the nation owns up to.