A Fury of Life 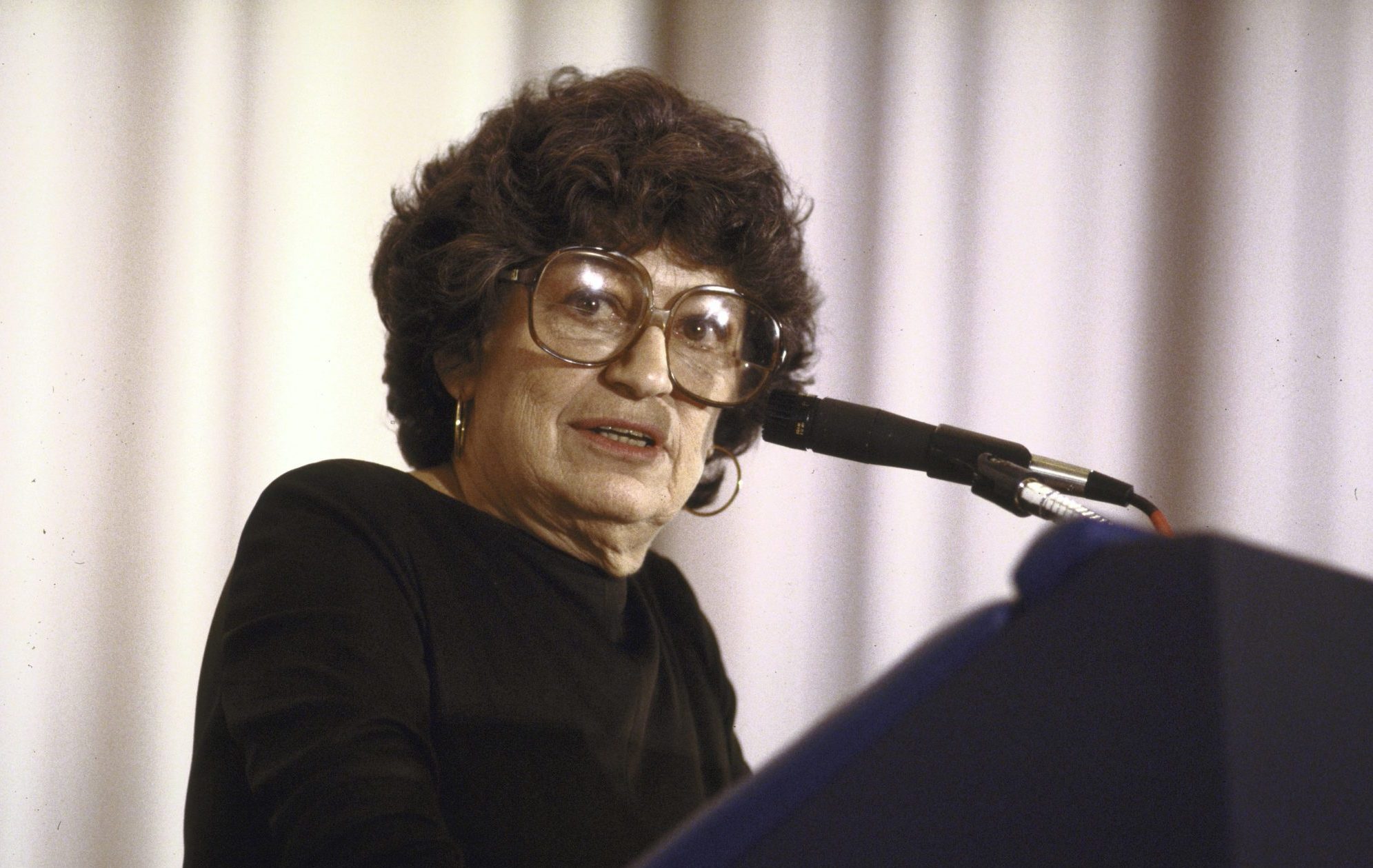 In the spring of 2014, a cloud of smoke appeared in the First Things office. R.R. Reno had drawn Midge Decter out of retirement to serve as the magazine’s interim senior editor. She was like a visitor from a vanished world, and not just because she smoked indoors. She was full of wicked anecdotes about writers whose names I had only heard spoken with reverence. In the literary New York she knew, people wrote more, smoked more, drank more—with a fury of life that my friends and I would never manage.

At editorial meetings, she cut through the slush pile with refreshing candor. In response to one submission she said, “I never want to read another word about Catholic Social Teaching.” One of her most common refrains was “There will be no happiness in this.” I handed her a review written by an eminent academic. She returned it with a single word: “Oy.” She informed us that we needed to find writers who could write film criticism like that of her former colleague, the great film critic Robert Warshow.

More than any single thing she said, the way she carried herself gave me an image of what it meant to be an editor. She exuded confidence. “Writers don’t know what to write,” she said. “You need to tell them.” She was right. Send a note of general encouragement to a writer, and you’ll get a polite reply. Give him an idea, and you’ll get an essay.

Midge Decter, who died last week at 94, is remembered—not always fondly—as a leading neoconservative. Born in St. Paul, Minnesota, to Zionist parents, she dropped out of college and moved to New York. There she met and married Norman Podhoretz (her second husband), became an editor at Harper‘s (where she helped to publish the article that became Norman Mailer’s Armies of the Night), and founded the Committee for the Free World, an anti-Soviet organization that Decter shut down when the Berlin Wall fell.

Like others who bore the neoconservative label, she knew the arguments of leftists and liberals intimately. They were made by people she had once counted friends. And so she could describe and refute them far more effectively than most others on the right.

She was especially eloquent on the feminist movement. In her view, feminism reflected an unacknowledged dissatisfaction with loose sexual mores that ran counter to women’s desires. It “had far more to do with an impulse to escape from sexual freedom than with the desire simply to share in men’s worldly power.” She also argued that the pill had been far from an unmixed blessing. By giving women control over fertility, it had changed the meaning of motherhood. Now that the mother could choose whether or not to have the child, “everything about this baby, its health, its beauty, its temperament, its intelligence, will somehow turn out to be either to her credit or to her demerit.”

Decter’s finest essay was also her most infamous. “The Boys on the Beach” described the relations between gays and straights on Fire Island, where her family had spent several summers, before building to a surprising conclusion. In Decter’s account, the growing social acceptance of homosexuality had not, and would not, overcome the discomfort her neighbors felt. Pointing to the rise of S&M and drugs, she concluded that “to judge from all their current forms of self-directed violence, their new dispensation has brought them anything but relief.” It was, as Decter wrote to a critic, “an attack on the gay rights movement” in keeping with her rejection of black power and women’s liberation. Standing behind her argument was an assumption that it would never be possible for gays to be at once normal and queer.

Whatever the larger legacy of neoconservatism, it’s worth recalling just how socially conservative neocons could be. None more so, perhaps, than Midge Decter. On this point, if not on some others, today’s neoconservatives could claim vindication if they were so inclined. Last year, a study by the Williams Institute found that young LGBT people experience “higher levels of victimization, psychological distress and internalized homophobia than older generations.” The lead author told NBC News, “We had really expected it would be better for the younger group.”

Yet there is little interest in such arguments among today’s neoconservatives, and not just because they prefer to fight the LGBT movement on the more favorable terrain of trans issues. Many—from William Kristol to Bret Stephens to Jamie Kirchick—have sought to synthesize their views on economic and foreign policy with support for gay rights. This new fusionism has required dropping their predecessors’ socially conservative views. The Bulwark, a site founded with the help of Kristol, now denounces resistance to the movement Decter opposed.

Midge Decter could not be bullied by such denunciations, any more than she could be taught to respect laws that prohibit smoking in New York office buildings. That strength of character is immensely admirable. Yes, I disagreed with her on important subjects. So do many who claim to walk in her steps.