Winners and Losers in the Ukraine War

Perhaps we ought to invest as much time and energy trying to end this war as we do to defeat and humiliate Russia. 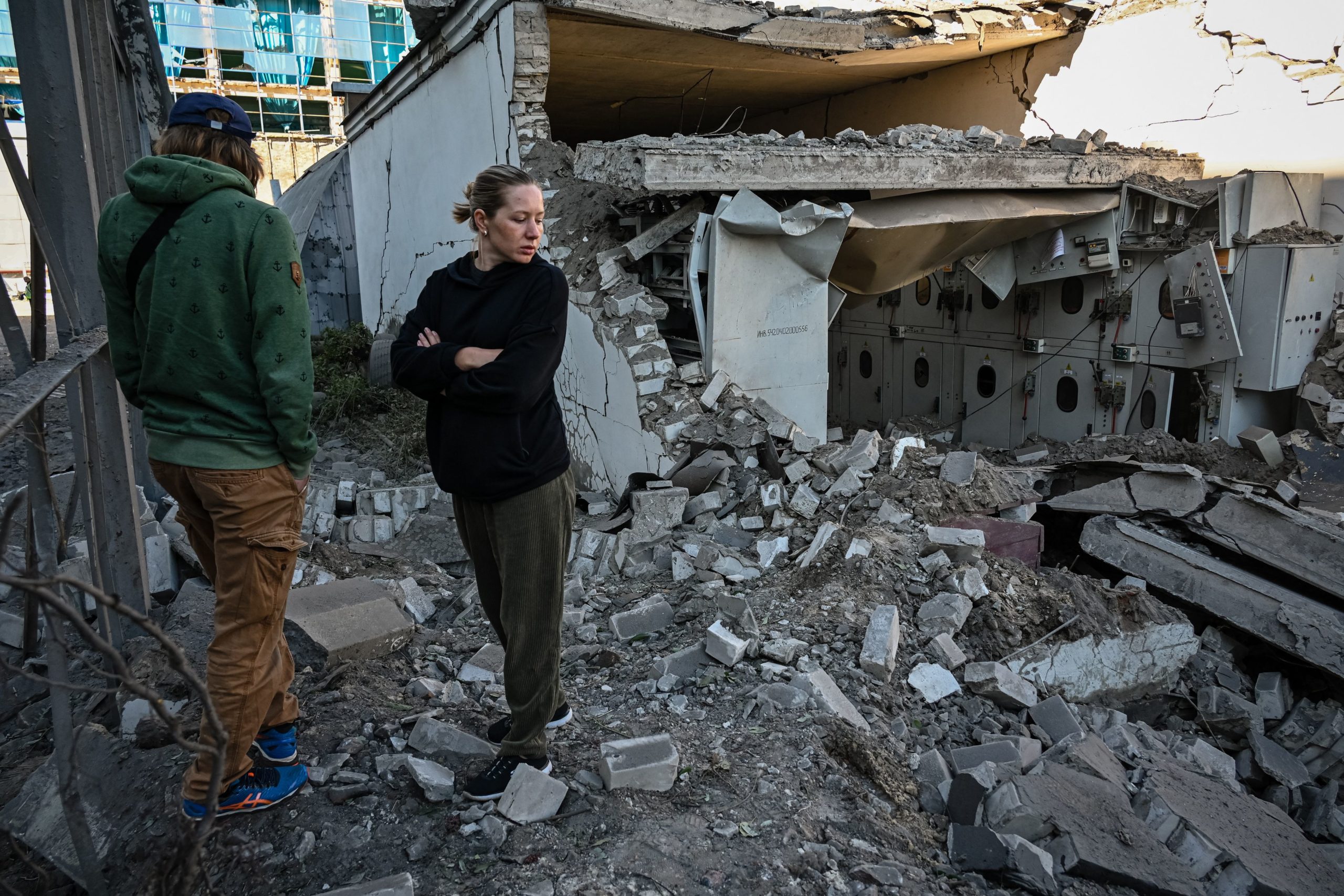 Local residents stand next a crater following a missile strike in the center of Kharkiv on September 2, 2022. (Sergey Bobok/AFP via Getty Images)
Patrick J. Buchanan

"There never was a good war or a bad peace," wrote Ben Franklin at the end of the American Revolution. But that depends on the war-makers and the causes for which they fight.

Six months into the war in Ukraine, launched by Russian President Vladimir Putin on Feb. 24, when he could not get the U.S. or Kiev to rule out admission of Ukraine to a NATO alliance aimed against Russia, who appear to be the winners and who the losers?

While Russia has made gains in the east of Ukraine, the Donbas and in the South adjacent to Crimea, captured Mariupol, and turned the Sea of Azov into a Russian lake, its losses have been massive.

According to Western sources, Russia has suffered 75,000 to 80,000 casualties and is desperately recruiting, even in prisons, to find troops to replace the dead and wounded lost in Ukraine. Putin wants to expand his army by an additional 137,000 troops. The flagship of Russia's Black Sea fleet, the cruiser Moskva, has been sunk. A thousand tanks and armored personnel carriers have been destroyed. The reputation of the Russian army as a near-invincible force in any land war in Europe has been shattered.

Politically, Russia has isolated itself from much of Europe, been hit with severe sanctions and watched as Europe and NATO unite against it.  Sweden and Finland have abandoned their historic neutrality to become the 31st and 32nd members of NATO.

Is Ukraine then the winner of this war?

After all, the war that the Ukraine of Volodymyr Zelensky has fought against a larger Russia for its freedom, independence and territorial integrity has won the admiration of much of the world. Yet, in two clashes with Russia, in 2014 and 2022, Ukraine has lost 20% of its territory in its east and south, and Kyiv is not going to retrieve these lost lands before winter comes.

But if Russia has been badly bled and Ukraine has suffered irretrievable losses of land and soldiers, who then are the winners? And who benefits from a continuation of this war, which will bring thousands more dead and wounded Russians and Ukrainians? America?

Is this new Cold War II with Russia, into which we appear to have plunged, in the national interest of a United States that so welcomed the peaceful end of the old Cold War three decades ago?

Of what benefit to the U.S. is the sending of troops to the Baltic republics? Are we stronger, safer, more secure, now that we have committed to fight Russia to defend the 830-mile Finnish-Russian border, something no Cold Warrior of an earlier era would have dreamt of doing? Are we better off because all the nations of the Warsaw Pact and three republics of the old USSR are now NATO allies for whose independence we are committed to fight Russia?

Is the revival of the Sino-Soviet pact, aimed at the West in the 1950s and now aimed at NATO and our Asian allies, something we should welcome? Have not our own post-Cold War policies contributed mightily to reviving the old Cold War Russia-China alliance against us? Where President Richard Nixon appeared to split Mao's China from Russia, this generation of American leaders appears to have restored that hostile duopoly.

Putin was a Russian KGB agent during the Cold War. Now every member state of the former Warsaw Pact and three constituent republics of the USSR of that era are NATO allies of the United States.

This is the new Cold War. Is Putin alone responsible for igniting it?

Perhaps highest among our goals in the first Cold War with Russia was the avoidance of a hot war that could escalate to a nuclear war and destroy both nations. Now that we are again in a hostile state of relations with Moscow as we were then, how can this be the result of a successful foreign policy?

In the first Cold War, Eastern Europe and the Baltic States were accepted as satellites of the Soviet Union. Communism had been imposed upon them all after World War II. But that was not a cause for military conflict between us.  When we brought virtually all of Eastern Europe into NATO, we were the ones, not Putin, who made their independence of Moscow and alliance with the West a matter for which we committed ourselves to go to war.

As Russians and Ukrainians kill one another in the Donbas, and hatred of Russians for Americans grows, how is that good for the USA?Perhaps we ought to invest as much time and energy trying to end this war as we do to defeat and humiliate Russia, which will not bring us peace.