Raised amidst economic uncertainty, a new generation of investors is unleashing its fury at Wall Street greed. 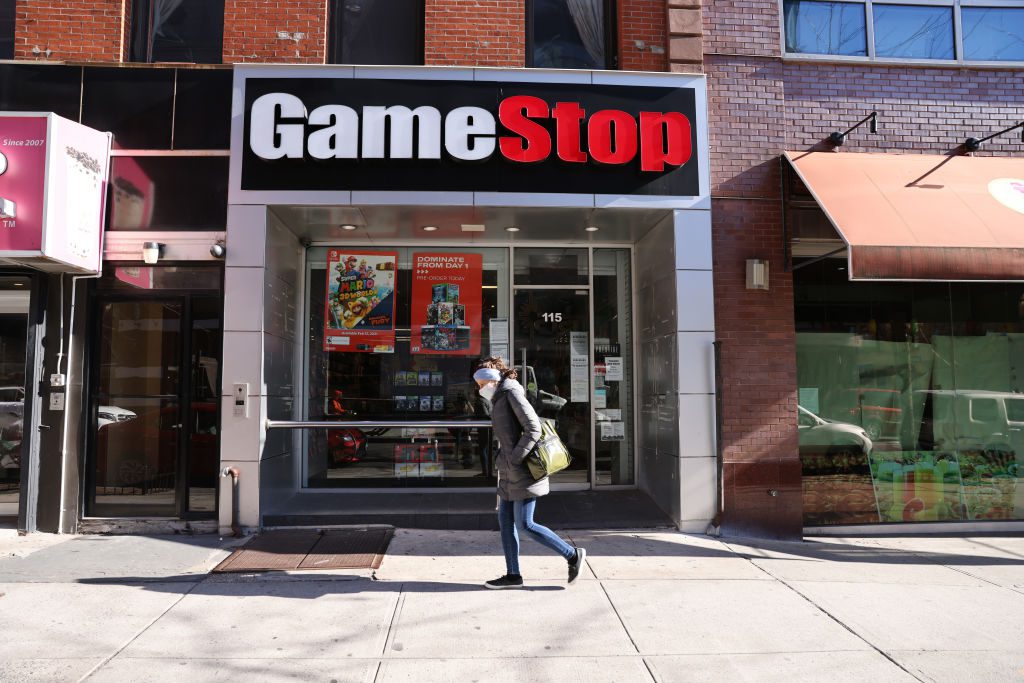 Main Street, for the first time in recent memory, finally stuck it to Wall Street. Bolstered by an online forum nearly four million strong, droves of everyday “retail investors” sent GameStop shares soaring, delivering billions in losses to hedge funds that bet they would tank. Call it the GameStop Gambit, the Reddit Rebellion, the Retail Revolt, or Occupy II—no matter the name, it’s a modern-day tale of David versus Goliath, and it signals the potency of vigilante populism.

The story could have been set in the late 2000’s—after threatening a brick-and-mortar video game chain, a shadowy Wall Street firm drew the ire of a message board plastered with references to autism and the use of “gay” as an insult. Yet the nexus between GameStop, Melvin Capital, and r/WallStreetBets (WSB), respectively, began in September 2019, when a Reddit user named DeepFuckingValue (DFV) posted their investments in the WSB subreddit. Reasoning that GameStop had a brighter future than its $3 share price indicated, DFV bought nearly $54,000 in call options for January 15, 2021. If GameStop shares failed to reach $8 by then, DFV would lose their entire investment—but if they exceeded $8, DFV could make millions.

DFV’s wager was unapologetically bullish, an attitude that’s become the hallmark of WSB and the newest generation of investors, much to the chagrin of seasoned financiers. Yet as 2021 approached, the bullish position gained legitimacy. On October 8, 2020, Microsoft announced a strategic partnership with GameStop, and shares surged over 40 percent. DFV’s wager—though three months shy of expiration—seemed validated. Shares on October 8 closed at $13.49, and gradually rose over the next two months. DFV began posting gains of hundreds, even thousands, of percentage points, and their monthly updates turned weekly, then daily. Awestruck that one of their own might do the unthinkable—and wanting a piece of the action themselves—WSB rallied around GameStop shares, driving up the stock price even further. Yet with one month to go until January 15, WSB members discovered a list of institutions shorting GameStop. That was when the war started.

Unlike most retail investors, Wall Street firms like Melvin Capital are known for their bearish positions, and are roundly criticized for their obsession with short selling. For powerful investors, the practice can be a self-fulfilling prophecy: bet a share price will decline, hammer it down with negative news, and profit. “Short and distort” campaigns are illegal, but the viral fear generated by social media isn’t. Influential short sellers have taken note. Last March, billionaire investor Bill Ackman capitalized on this fear, pleading for a 30-day national shutdown on Twitter and CNBC, and subsequently banking $2.6 billion by shorting the market—all while a record number of Americans lost their jobs. Several months later, Melvin Capital and another firm, Citron Research, bet GameStop shares would also decline—and WSB decided to take a stand.

Rage Against the Machine

In “An Open Letter to Melvin Capital, CNBC, Boomers, and WSB,” posted to the subreddit late Wednesday night, user Ssauronn expressed the sentiments of millions of vengeful new investors. The missive, which is partially printed below, earned over 130,000 upvotes at the time of writing:

I was in my early teens during the ’08 crisis. I vividly remember the enormous repercussions that the reckless actions by those on Wall Street had in my personal life, and the lives of those close to me…

To Melvin Capital: you stand for everything that I hated during that time. You’re a firm who makes money off of exploiting a company and manipulating markets and media to your advantage. Your continued existence is a sharp reminder that the ones in charge of so much hardship during the ’08 crisis were not punished…This is personal for me, and millions of others…

To WSB: …This is life changing amounts of money for so many of you, and to be part of a rare instance of a wealth distribution from the rich to the poor is just incredible. I love you all.

Driven by DFV’s underdog bet, an animosity for short sellers, and nostalgia for a beloved company, WSB poured its resources into GameStop shares. On January 13, GameStop shares hit $20. On January 15—the date DFV’s $8 calls expired—they reached $40. Ten days later, they neared $160. Then on Wednesday, January 27, GameStop shares opened at $354 and came close to topping $400, en route to becoming the most traded stock in the world. Melvin Capital and Citron Research announced they’d exited their shorts at a 100 percent loss, joining other short sellers in losing over $5 billion. The same night, DFV’s initial investment of $53,566 was worth nearly $48 million.

GameStop profits began to materialize for other WSB members as well, and thought-provoking posts on the forum abounded. One user tearfully wrote about how selling his shares had saved his dog’s life, allowing him to pay for surgery instead of putting him down. Another user wrote that he could write his mom a check for his sister’s Lyme disease treatment. Yet another explained he could finally afford a custody attorney to fight for his two-year-old daughter, writing “this week literally changed my life.”

Scores of other threads discuss what low-income workers would do with greater fortunes. “My only desire is to buy a simple Toyota for my family, our first car,” wrote one user. Others calculated how many months of rent a continued run would cover and how many years of minimum-wage pay they’d already accrued. Some Redditors, too poor to get any real skin in the game, offered a more disheartening take. “I’m so so so tired of the struggle,” wrote one user who just hoped to pay for gas, “that seeing anybody get a shot [in life] out of it is heartwarming.”

Predictably, big capital has already begun its crackdown on the popular movement. On Wednesday, Massachusetts Secretary William Galvin called for the New York Stock Exchange to suspend GameStop for 30 days, and both the SEC and the White House said they’re “monitoring” the developments. On Thursday morning, Robinhood—the dominant platform for retail investors due to its fee-free structure—then forbade users from buying shares in GameStop and other companies WSB members planned to purchase. None of these moves were met without resistance.

“The only time CNBC and the Suits care about [financial] protection is when it’s the establishment getting their teeth kicked in,” tweeted Dave Portnoy, the founder of Barstool Sports whose crowdsourced fund has raised over $30 million for small businesses affected by the pandemic. “As long as the big banks are winning the stock market is great. The second retail takes the wheel it’s all unfair.”

Thursday afternoon, tech investor Justin Kan tweeted that Citadel Capital allegedly reloaded its shorts before it “told” Robinhood to shut down purchases of GameStop shares, a move that decimated the stock price. The allegations emerged after Citadel made $6.7 billion on pandemic volatility and gave a $2 billion bailout to Melvin Capital after its losses this week. Portnoy continued to rail against Robinhood—which lauds itself on “democratizing finance for all”—tweeting that those involved in the trading restrictions deserve nothing short of “prison time.” The saga also drew condemnation from figures like Alexandria Ocasio-Cortez, Ted Cruz, and Donald Trump, Jr., though whether the allegations are true remains to be seen.

Back in the WSB community, the battle may be over, but the war has just begun. “People’s priority is certainly making money, but hurting funds that were hoping to bankrupt companies—especially companies that people hold fondly—is a huge motivational boost,” said a longtime WSB member with a background in finance. “I think funds will have to be a lot more careful with shorts and negative market manipulation in the future.”

Another WSB member, in characteristic fashion, was more blunt: “Normal isn’t putting the retail trader down for being independent while organized hedge funds force you to take their way or suffer in fear. Normal is the American dream and being able to make your own way.”

“This isn’t a casino,” they wrote in response to criticism of the movement. “This is a riot.”

Colin Martin is an editorial assistant at The American Conservative and a 2020 graduate of Boston College. Contact him on Twitter @ColinMartin98 or email tips to ColinMartin98[at]protonmail.com.

*An earlier version of this article mentioned the Robin Hood Foundation alongside the Robinhood app. The two entities are not affiliated.*

Ivan Eland January 30, 2021
Though they claim to champion privacy, companies like Google and Amazon are making a fortune working with the government.
Advertisement
Advertisement