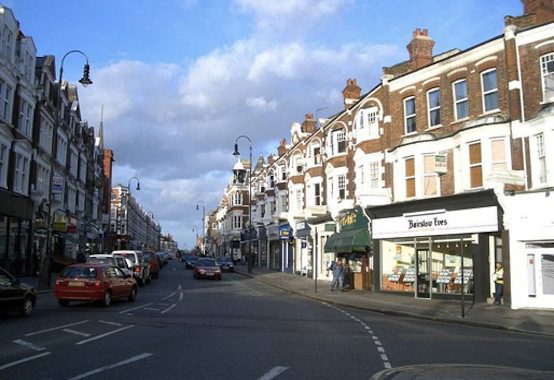 “All politics are local” was former Speaker of the House Tip O’Neill’s favorite political adage, while the old saw that “politics makes strange bedfellows” is an unquestioned cliche, even in these hyper-partisan times. Taking the two together, it’s no surprise that the world of hyperlocal of zoning is a scary and weird mirror universe of America’s national political conversation.

For example, when it comes to housing issues, the Democratic Socialists of America, a group which formed in 2016 to support Vermont Sen. Bernie Sanders for president (and candidates like him for lower offices), frequently take the side of wealthy homeowners—including conservative Republicans like Sen. Mike Lee of Utah and Agenda 21 conspiracy theorists in their support for local control of zoning. Conversely, former President Barack Obama, Massachusetts Sen. Elizabeth Warren and current Housing and Urban Development Secretary Ben Carson all support efforts to use the federal and state governments to weaken local zoning ordinances.

Preempting local ordinances is controversial for a number of reasons. Many states have strong traditions of local government and so preemption would cost an enormous amount of political capital and be very unpopular. It also recalls the heavy-handed and insensitive methods of urban renewal from a few decades before. The alternatives of continuing to fight proposal by proposal or for upzones in comprehensive plans are slow, risky, exhausting and don’t always result in allowing for more housing.

But now there is another way. Developed in Britain, LondonYIMBY was presented to Americans at the YIMBYTown conference in Roxbury, Mass. by co-founder John Myers. (The movements refer to the “Yes In My Backyard” slogan that opposes anti-development efforts.)

To make matters worse, Myers said that it was the explicit goal of the British government to increase house prices.

“Is there a solution?” he said. “We think there might be. What’s our long-term goal? What’s our vision?”

Myers said that their goal was a system that benefits all participants, is politically doable, and would produce abundant housing.

Unusually, for a movement that’s often skeptical of local approaches, Myers said that London YIMBY came up with a “hyperlocal” solution inspired by the work of the late Elinor Ostrom, who won the Nobel Prize in Economics in 2009 for her work analyzing how traditional societies governed the commons. Myers said his London group noticed that where things were left to individual owners, they often wanted to maximize the value of their property and would either sell their property to a developer or build speculatively themselves. But with a lot more people involved in deciding on the rules, the willingness of an individual to build goes down because of the benefit they get from not building. Yet support for building goes up beyond the small-town level where states and countries generally approve more construction.

While reexamining the absolute right of property to develop their property is politically impossible, Myers said that YIMBYs could focus reform on devolving decision making down below the level of the neighborhood and to the level of the street or block.

Myers said this “Better Block” or “Better Street” method took groups of properties facing each other on one street, just from one intersection to the next, and allows them to vote to upzone just their block with a two-thirds majority.

According to a draft YIMBY Handbook London produced, the Better Block program would incentivize homeowners to support upzoning because they would directly benefit from it, but there would still be protections for tenants and dissenters.

“It is politically easier to let very small areas choose to add more housing themselves, over time, so they can make sure that some of the benefits flow to their own communities,” the handbook said.

Myers said that the hyperlocal methods were already popular in London and the handbook noted that similar proposals had been suggested in California and New Zealand.

It’s tempting to be skeptical, thanks to many nights at community forums that were little more than shouting matches, but at the hyperlocal idea is attractive because the people voting are not self-selected the way people at community meetings are. A study by researchers at Boston University recently found that people going to development meetings were older, whiter, wealthier, and more opposed to development than the neighborhoods they supposedly represented. Under the Better Blocks scheme, the people who have a say are well-defined instead of just living nearby.

It will be exciting to see if the idea can be implemented anywhere and see the results. It would be pleasingly ironic if the answer to the problems of local control was more localism and not another round of top-down planning.