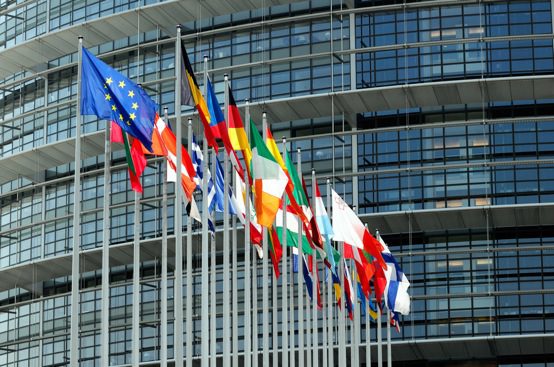 On July 19, the Knesset voted to change its nation’s Basic Law.

Israel was declared to be, now and forever, the nation-state and national home of the Jewish people. Hebrew is to be the state language.

Angry reactions, not only from Israeli Arabs and Jews, came swiftly.

Allan Brownfeld of the American Council for Judaism calls the law a “retreat from democracy,” as it restricts the right of self-determination, once envisioned to include all within Israel’s borders, to the Jewish people. Inequality is enshrined.

And Israel, says Brownfeld, is not the nation-state of American Jews.

What makes this clash of significance is that it is another battle in what might fairly be called the issue of our age.

The struggle is between the claims of tribe, ethnicity, peoples, and nations, and the commands of liberal democracy.

In Europe, the Polish people seek to preserve the historic and ethnic character of their country with reforms that the European Union claims violate Poland’s commitment to democracy.

If Warsaw persists, warns the EU, the Poles will be punished. But which comes first if the two are in conflict: Poland or its political system?

Other nations are ignoring the open-borders requirements of the EU’s Schengen Agreement, as they attempt to block migrants from Africa and the Middle East.

They want to remain who they are, open borders be damned.

Britain is negotiating an exit from the EU because the English voted for independence from that transnational institution whose orders they saw as imperiling their sovereignty and altering their identity.

When Ukraine in the early 1990s was considering secession from Russia, Bush I warned Kiev against such “suicidal nationalism.”

If Ukrainians had a right to secede from Russia and create a nation-state to preserve their national identity, do not the Russians in Crimea and the Donbass have the same right—to secede from Ukraine and rejoin their kinsmen in Russia?

As Georgia seceded from Russia at the same time, why do not the people of South Ossetia have the same right to secede from Georgia?

Who are we Americans, 5,000 miles away, to tell the tribes, peoples, and embryonic nations of Europe whether they may form new states to reflect and preserve their national identities?

These are not minor matters.

At Paris in 1919, Sudeten Germans and Danzig Germans were, against their will, put under Czech and Polish rule. British and French resistance to permitting these peoples to secede and rejoin their kinfolk in 1938 and 1939 set the stage for the greatest war in history.

Here in America, we, too, appear to be in an endless quarrel about who we are.

Is America a different kind of nation, a propositional nation, an ideological nation, defined by a common consent to the ideas and ideals of our iconic documents like the Declaration of Independence and Gettysburg Address?

Or are we like other nations, a unique people with our own history, heroes, holidays, religion, language, literature, art, music, customs, and culture, recognizable all over the world as “the Americans”?

Since 2001, those who have argued that we Americans were given, at the birth of the republic, a providential mission to democratize mankind, have suffered an unbroken series of setbacks.

Nations we invaded, such as Afghanistan and Iraq, to bestow upon them the blessings of democracy, rose up in resistance. What our compulsive interventionists saw as our mission to mankind, the beneficiaries saw as American imperialism.

And the culture wars on history and memory continue unabated.

According to the New York Times, the African-American candidate for governor of Georgia, Stacey Abrams, has promised to sandblast sculptures of Robert E. Lee, Stonewall Jackson, and Jefferson Davis off of Stone Mountain.

The Republican candidate, Brian Kemp, has a pickup truck, which he promises to use to transfer illegal migrants out of Georgia and back to the border.

In Texas, a move is afoot to remove the name of Stephen Austin from the capital city, as Austin, in the early 1830s, resisted Mexico’s demands to end slavery in Texas when it was still part of Mexico.

One wonders when they will get around to Sam Houston, hero of Texas’s War of Independence and first governor of the Republic of Texas, which became the second slave republic in North America.

Houston, after whom the nation’s fourth-largest city is named, was himself, though a Unionist, a slave owner and an opponent of abolition.

Today, a large share of the American people loathe who we were from the time of the explorers and settlers up until the end of segregation in the 1960s. They want to apologize for our past, rewrite our history, erase our memories, and eradicate the monuments of those centuries.

The attacks upon the country we were and the people whence we came are near constant.

And if we cannot live together amicably, secession from one another, personally, politically, and even territorially, seems the ultimate alternative.