Beltway Warriors Target China as the Next Global Threat

We drained all of our resources in the Middle East. Now we turn further East in search of monsters to destroy? 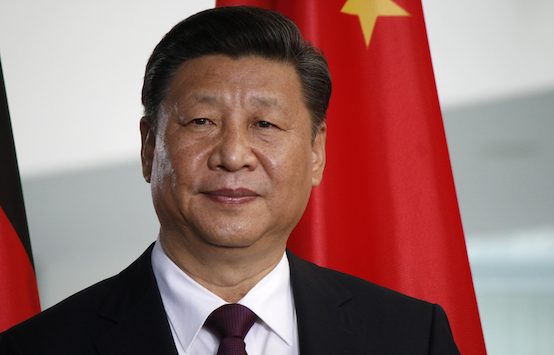 Can you please refer me to that historic date at the end of 2001, the day when the world as we had known it was transformed, changing the global balance of power in a way that the international position of the United States would never be the same?

No, I do not have September 11, 2001 in mind. That is too easy and the wrong answer. Think December 11, 2001. It is the date on which China became a member of the World Trade Organization (WTO), opening the road to its integration into the global economy and marking the start of a momentous geoeconomic and geostrategic revolution that is not yet over. Osama bin Laden, on the other hand, is still dead.

That 12/11 and not 9/11 is the day to remember may have become clear to anyone who read a recent front page of The New York Times. “U.S. and Taliban Edge Toward Deal to End America’s Longest War” murmured the headline at its bottom, while the one above the fold on the right screamed: “U.S. Scrambles to Outrun China in New Arms Race.”

When the Berlin Wall came down, American policymakers had an opportunity to reassess U.S. global strategy, and with the disappearance of the Soviet threat—the main rationale for the huge American military presence worldwide—to start reducing those commitments, including in the Middle East.

Instead, America’s military and diplomatic presence in the Middle East only deepened, eventually taking the form of an ambitious Pax Americana project. Under it, the United States was expected not only to become the hegemonic military power in the region but to use its might to remake its politics and economics—the so-called Freedom Agenda—by pursuing “regime change” and “nation building.”

The neoconservative intellectuals who were advancing this strategy argued that by gaining hegemony in the Middle East, Washington could use its control of the oil resources there as leverage in its dealings with China, whose booming economy was becoming more reliant on energy imports. This would ensure that Beijing would not become America’s long-term global rival. But that proved to be just one more neoconservative fantasy.

In fact, the costly military campaigns in Iraq and Afghanistan, and the failed nation-building and democracy promotion crusades in the Middle East, damaged U.S. global security interests—and played directly into China’s hands.

The Americans were drawn into a long and costly military quagmire in the Middle East just as the U.S. financial system was being challenged and the American economy was plummeting into a major recession.

At the same time, after joining the WTO—exactly three months after 9/11—the Chinese were able to continue strengthening their booming economy. This provided them with the opportunity to advance their economic and military agenda in East Asia.

Ironically, America’s military presence in the Middle East was now helping to secure Chinese access to the energy resources in the Persian Gulf. This amounted to free American security services for China in the region, the kind that the Americans were already providing to Germany, France, and Japan.

So by the time the Americans were able to defeat al-Qaeda and other radical Islamist terrorist groups, it was China, and not the financially strained United States, that emerged as the big winner. Beijing was on its way to becoming the hegemon in East Asia.

This explains why the two most recent men to occupy the White House—the “internationalist” Barack Obama and the “nationalist” Donald Trump—were elected after pledging to reduce U.S. commitments in the Middle East.

Indeed, it seems that both Obama and Trump concluded that the United States had neither the resources nor the will to launch new military interventions in the Middle East, not to mention promote regime change or nation build.

At the same time, Obama and Trump made it clear that they wanted to shift Washington’s geo-strategic focus from the Middle East to East Asia. They recognized that China—and not the military dictators, monarchs, theocratic regimes, or Islamist terrorists in the Middle East—posed the main challenge to U.S. global interests, and that the costly American intervention in that region had benefited Beijing and not the United States.

Obama’s new focus was highlighted when his administration announced in 2012 its “Pivot to East Asia.” As part of this strategy, he promoted the Trans-Pacific Partnership (TPP) trade agreement, which would have linked the U.S. and 11 Pacific Rim countries, while continuing to pursue a policy of engagement with China.

President Trump, on the other hand, has pursued a more unilateral strategy in dealing with Beijing, centered on an effort to re-balance the Sino-American trade and investment relationship. This has resulted in growing tensions between the two global powers.

Amid all this is a sense of déjà vu. Many of the major bureaucratic and political players in Washington, including Republicans and Democrats in Congress, who were promoting the global war on terror in the first decade of the 21st century are now contending that China is the leading global threat to U.S. interests, and are in the process of readying the nation for a new cold war, this time around with Beijing.

Hence both economic nationalists and security hawks seem to be looking forward to the evolving cold war with China, which would probably translate into an expanding government role in the economy and to growing defense budgets.

But most Americans would not benefit from rising tensions with China, which would only lead to more trade wars and could ignite military confrontations, opening the way for less economic and political freedom.

Contrary those sounding the drumbeat of the new Cold War, China does not represent the kind of threat that the Soviet Union, Imperial Japan, or Nazi Germany posed.

China does not seek global domination and has no plans to establish a military presence in America’s sphere of influence in Central and Latin America. It seeks instead to protect its national security interests in its own sphere of influence in the Pacific where other powers—including India, Japan, and the U.S.—are seen to be challenging them.

Moreover, unlike the Soviet Union, the Chinese have not been promoting their political-economic model worldwide or trying to export it the way that the U.S. has with its liberal-democratic model.

It is kind of ironic that American officials and pundits are accusing the Chinese of pushing a huge propaganda campaign in the United States through, among other things, their academic Confucius Institutes and foreign language media. After all, it is the Americans, with their numerous semi-government organizations, who have been trying to promote their values and interests abroad, including by fermenting the so-called “color revolutions” around the world.

No serious observer would deny that China is emerging as a tough economic and military competitor of the United States. Washington needs to work with its allies to respond to the Chinese military and espionage threats while pressing it to end the theft of American technology, cease violating trade rules, and open its markets to foreign investment.

What would not make sense would be for Washington to turn China into its new enemy and marshal its economic and military resources for a long and costly global confrontation with the Chinese. Like the moribund war on terror, a new cold war would probably reward the power players in Washington—but it would not serve America’s long-term interests.