Domestic production is a national security issue: Just see how much of our Pentagon procurement depends on Chinese components. 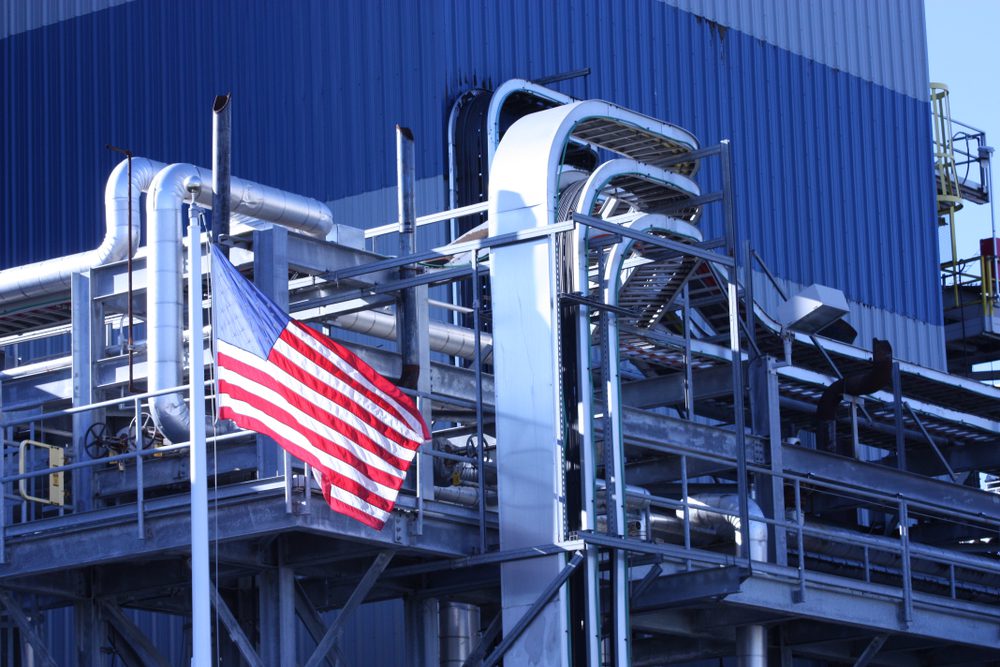 President Trump has, for decades, been consistent on the need to secure the border, rebuild American manufacturing and be clear-eyed about the dangers of communist China.

The coronavirus proves him right on all three counts. Closing the border to travelers from China saved lives. China’s rulers are more concerned with their own power than global standards of public health. And we can now see clearly the danger of depending on China for essential goods.

If businesses had heeded the president’s advice years ago when he imposed tariffs on China and called on companies to bring their supply chains home, we wouldn’t be rummaging the globe for the medical gear and protection we need to shield our health care workers and patients from this dangerous plague.

That also holds true for many of the medicines we depend on every day. The majority of antibiotics, blood pressure medications, even over-the-counter medicines like ibuprofen and aspirin are made overseas—and, to an unsettling degree, in China. A comprehensive list of the many recalls of defective pharmaceutical products and their source country would be enlightening for all of us.

Our dependence on China is not limited to health care goods. We see the same hollowing out in industry after industry, from automobiles to advanced electronics. When China’s factories shut down in the first weeks of the pandemic, American businesses’ basic supply chains were caught up short.

The American military is at risk, too.

China manufactures a number of key inputs for our missiles, satellites and fighter jets. Our ability to fight a war depends on whether Chinese companies are willing to sell us components we need for our weapons systems. We have lost so much of our industry the Pentagon can’t obtain these parts domestically.

It wasn’t always this way.

Laws required the federal government and particularly the Pentagon to Buy American. This supported basic industries such as steel, foundries and shipbuilding and spawned entire new industries from aerospace to personal computers. Steve Jobs and Steve Wozniak bought American-made circuit boards, microchips and other components from military surplus stores in Menlo Park to build the first Apple computers.

Just two years ago, senators pushed an amendment to the defense appropriations bill to gut Buy American mandates. They actually wanted to go overseas to purchase antidotes to defend our troops from nerve gas rather than buying those critical supplies from pharmaceutical companies in the U.S.A.

Rare earth metals provide another example of how outsourcing threatens our national security.

Rare earths are natural elements used in mobile phones, electric cars, satellites, lasers and high-tech alloys for everything from mountain bikes to aircraft and missiles.

These materials are critical for American manufacturing and America’s defense. But right now, China has a virtual global monopoly on the production and processing of rare earths, producing more than 85 percent of the entire global supply.

According to government reports, it is a matter of national security for the U.S. to develop its own rare earth supplies.

As a business-owner in the mining industry, I understand the national security risks we have assumed by allowing China to dominate in this field. China in the past has manipulated rare earth prices to below American production costs in order to compromise the profitability of our companies. This is also facilitated by the fact that the China observes almost no human or environmental safety procedures. This is not true for American producers, which have substantial safety expenses. American mining companies are always aware, that at any time, China can simply borrow a page from the Saudis in the current oil price spat and set the price of rare earths artificially low to weed out competition. If we want to lessen our dependence on China, we will need long-term solutions that address vulnerabilities such as this.

This is not a recent problem, some legislators and analysts have expressed concerns for years.

Senator Josh Hawley (R-Missouri) has outlined a plan to put Americans back to work and bring manufacturing back to the United States.

The White House is preparing an executive order that would leverage federal purchasing power to promote the reshoring of pharmaceutical and medical equipment supply chains.

The Pentagon, the Veterans Administration, and Department of Health and Human Services purchase vast amounts of pharmaceuticals and medical devices. Enforcing Buy American laws already on the books would provide a guaranteed market for goods manufactured in the U.S.A.

At the same time, streamlined regulatory and favorable tax treatment would incentivize advanced manufacturing facilities located in the United States.

This approach would work for many other industries as well. The government is a huge buyer of cars, trucks, LED lights, furniture, building materials, office supplies, electronics and a host of other goods and services.

Add to the roster of American jobs the small and medium sized enterprises whose metals, foundries, mold-making, die casting, tools, precision machining and electronics go into the armored vehicles, ships, submarines and aircraft the Pentagon purchases. We can put our tax dollars to work putting our fellow citizens to work.

As the pandemic has shown us, national production is key to national defense.

The federal government can play a crucial role in rebuilding America’s industrial muscle, forging a speedy economic recovery and ensuring our nation’s security.

We must bring manufacturing back to the USA from China, and with a coordinated plan, we can.