Is America Prodding Taiwan Towards Conflict With China? 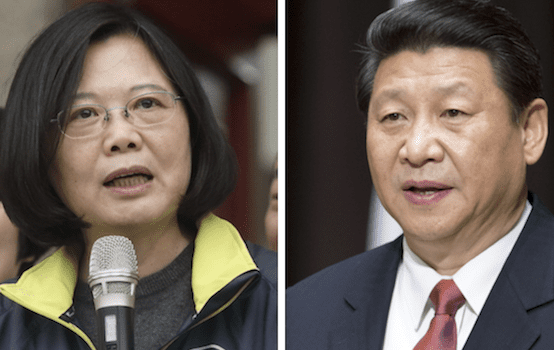 For decades, U.S. policy toward Taiwan has reflected a desire to perpetuate the island’s de facto independence while not unduly agitating the People’s Republic of China.

Under these conditions, Washington depends on the Chinese government (PRC) to refrain from adopting coercive measures (especially military actions) aimed at forcing the island to reunify with the mainland. In return, Taiwanese authorities are expected not to push for formal, internationally recognized independence.

For its part, the United States has tried to balance two difficult objectives—reassuring Taipei of its own protection while at the same time not antagonizing Beijing. Joseph Nye, an assistant secretary of defense during Bill Clinton’s administration, described the approach as one of “strategic ambiguity.” Although Washington has an implied commitment in the 1999 Taiwan Relations Act to defend Taiwan against aggression, Nye and other officials have indicated that the commitment is not unconditional, especially if Taiwanese leaders provoke Beijing by pursuing formal independence.

The U.S. approach has worked reasonably well, despite some occasional tense moments. But there are now multiple signs of trouble in China, Taiwan, and the United States.

Xi Jinping’s government is adopting an increasingly aggressive strategy toward Taiwan, both diplomatically and militarily. And the victory of the pro-independence Democratic Progressive Party (DPP) in Taiwan’s 2016 elections dashed Chinese hopes that proliferating economic ties with the mainland might gradually condition the Taiwanese people to accept political reunification.

Angry at the apparent failure of that strategy, Beijing increased Taiwan’s diplomatic isolation by luring away the handful of small nations that still maintain formal relations with Taipei. The PRC’s saber rattling has also increased. Both the number and size of Chinese military exercises in and around the Taiwan Strait have soared over the past two years. The U.S. Defense Intelligence Agency’s 2019 report to Congress concludes that Beijing is building up its ground, air, and naval forces to achieve a more robust capability to invade Taiwan. Taiwanese officials and outside experts see signs that Beijing may be preparing for an invasion as early as 2020 or 2021. Taipei also contends that Chinese intelligence infiltration attempts have markedly accelerated.

Under President Tsai Ing-wen, the Taiwanese government has firmly rebuffed Beijing’s bullying behavior. It has also sought to assert its own separate international identity, pursuing territorial claims in the South China Sea and maximizing its influence as a significant player in the global economic system. The government has sought and received new weapons shipments from the United States. Nevertheless, Tsai has proceeded more cautiously on the independence issue than did the last DPP president, Chen Shui-bian, who served from 2000 to 2008. This caution has led to a revolt by hardliners within her own party. Following the DPP’s disappointing showing in local elections, they forced her to resign as party chair. She also faces a strong challenge from her one-time prime minister, William Lai, who is competing with her for the DPP’s nomination in the party’s upcoming primary.

Washington has reason to worry that Lai would be another Chen Shui-bian—a loose cannon regarding relations with the mainland. Lai has sharply criticized Tsai for ineffectual leadership and is taking a markedly more pro-independence stance. He refuses to consider Beijing’s offer of a “special status” for Taiwan—acceptance of official reunification, but with Taiwan enjoying political autonomy akin to that of Hong Kong—noting that Beijing has gradually eroded Hong Kong’s autonomy. Some DPP activists are even more adamant about the need for full, formal independence, and have voiced extreme impatience with Tsai for her unwillingness to take a stronger stand on the issue. The most assertive factions are pushing for a referendum on Taiwan officially becoming an independent country.

But while U.S. leaders might worry about reckless Taiwanese behavior, Washington’s own political trends are pointing towards an abandonment of strategic ambiguity and the adoption of a more hardline stance. Anger at Beijing’s bullying of Taiwan is rising within the Trump administration and even more so in Congress. That sentiment has led to a series of efforts to strengthen Washington’s backing for Taipei.

A major step occurred in March 2018 when President Trump signed into law the Taiwan Travel Act, which encourages high-level U.S. officials to meet with their Taiwanese counterparts. That legislation, which passed both houses of Congress overwhelmingly, ended Washington’s practice under the Taiwan Relations Act of holding meetings only with relatively low-level Taiwanese officials. It was especially noticeable that the TTA specifically promoted interactions by “cabinet-level national security officials.”

Since then, the demonstrations of U.S. support for Taiwan’s security have multiplied. The United States invited two senior Taiwanese military officials to participate in a May 2018 ceremony at U.S. Pacific Command. American warships have transited the Taiwan Strait on several occasions over the past year. In September 2018, the administration approved another $330 million arms sale to Taiwan, over China’s strenuous objections. Congress also is stepping up its support. By a unanimous voice vote in early May 2019, the U.S. House passed the Taiwan Assurance Act, which expresses firm support for Taiwan while urging Taipei to increase its own defense spending. The legislation also emphasizes that Washington should continue “regular sales of defense articles” to Taiwan and back Taipei’s participation in international organizations—something Beijing strongly resists. The House passed a companion resolution affirming continuing U.S. support for Taiwan by a vote of 414 to 0.

It might be tempting to dismiss all these increasingly provocative gestures as little more than posturing. And there is a considerable amount of that, especially with the largely symbolic congressional measures. But the adoption of hardline rhetoric tends to lock leaders into positions that can prove difficult to abandon later on. Moreover, some of the developments are quite substantive. The buildup of Chinese military forces is difficult to ignore, as is Beijing’s continuing campaign to poach Taipei’s remaining allies and isolate Taiwan diplomatically. The growing strength of staunchly pro-independence figures in Taiwan also has very real potential to cause trouble. And the congressional push to prod the White House into showing greater U.S. support for Taiwan will make it difficult for America to adopt a more restrained policy.

Taken alone, any one of these developments might not be all that worrisome, but taken together they constitute an ominous trend. While attention is (understandably) focused on such matters as the turmoil in Venezuela, the growing tensions between the United States and Iran, and the emerging U.S.-China trade war, the Taiwan issue is simmering. At a minimum, U.S. leaders need to take a more sober look at what level of risk they are willing to incur to support Taiwan if this confrontation grows worse.

Ted Galen Carpenter, a senior fellow in security studies at the Cato Institute and a contributing editor at The American Conservative, is the author of 12 books and more than 800 articles on international affairs.