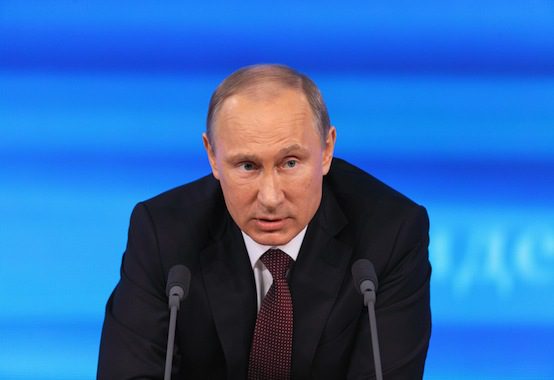 Some TV and Twitter commentators have begun to suggest an independent Crimea as a solution for the region’s troubles. That may or may not be what a majority of Crimeans would like to see—some prefer union with Russia; others are content to remain with Ukraine—but from Russia’s point of view an independent or Russian-annexed Crimea is hardly the most desirable thing. Russia’s primary interest in Crimea, basing rights, is already secure even with the peninsula as part of Ukraine. An independent Crimea gives Russia nothing that Russia doesn’t already have. And it would deprive Russia of an invaluable asset: a large bloc of ethnic Russians within the Ukrainian electorate.

This conflict is about Ukraine, not Crimea. Russia has far-reaching interests in its neighbor—everything from pipelines to a strategic and ideological buffer zone—that are complicated by the fall of Yanukovich and the coming to power of anti-Russian leaders in Kiev. The circumstances of Yanukovich’s fall (and practically speaking, he has fallen, even if he refuses to admit it) further loosen Russia’s grip. Thus the upheaval in Crimea is a bargaining chip, not an end in itself: it’s a way for Putin to make sure that Russian interests in Ukraine as a whole are accommodated as the country’s political future is worked out.

Keeping Ukraine intact serves Russian interests better than splitting the country into separate states, but obviously Russia wants Ukraine’s integrity to be preserved on Russia’s terms. So this is the space within which negotiations can be expected to take place. What settlement is possible that will give pro-Russian Ukrainians a strong hand, and perhaps disproportionate one, within a united Ukraine, while satisfying a critical mass of the forces that toppled Yanukovich? Russia and the EU both have considerable economic stakes in Ukraine as a stable thoroughfare, so as difficult as the situation certainly is, there’s plenty of weight on the side of a grand bargain. And given how corrupt Ukrainian politics is on all sides, one suspects that money will talk louder even than nationalism—though that’s never an absolutely sure bet.