How We Subsidize Suburbia 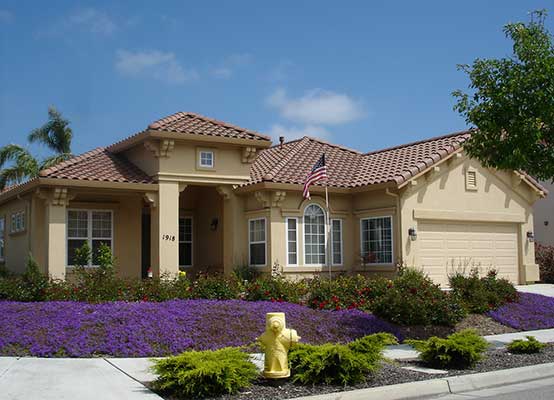 What image springs to mind when you picture “federally subsidized housing”? Most people imagine a low-income public housing tower, a homeless shelter, or a shoddy apartment building.

The housing market hides these details from the typical home buyer. As a result, most people are unaware of these subsidies. But their effects are striking—they determined the location and shape of development across America for generations.

A New Deal to Restore the Housing Industry

Debt has a negative connotation these days. Credit cards, student loans, and auto loans are the anchors that keep many Americans in debt for most of their lives. Meanwhile, we view mortgages very differently—they are seen as an investment, a symbol of adulthood, and a sign of financial stability.

This was not always the case. In the early 1900s, mortgages were just like any other kind of debt. Nowadays payments are spread out over decades, but back then they came due all at once after a few years. Most people didn’t have enough cash at the end of the term. It was standard to pay back some and negotiate a new loan for whatever they still owed.

This worked fine while the economy was booming, but investors refused to renew the loans after the 1929 stock market crash. Homeowners missed payments and foreclosure rates doubled. The housing industry collapsed, taking the economy down with it.

New Deal policymakers realized that restoring the economy depended on restoring the housing sector. In 1934, they created the Federal Housing Administration (FHA) with two key mandates:

In pursuing these goals, the FHA determined the design, structure, and location of new private development. In turn, it made suburbia the dominant form of housing in the United States.

“The most ambitious suburbanization plan in U.S. history”

By making an offer lenders couldn’t refuse, the FHA exercised tremendous power over residential design. Mortgages had to meet an opinionated set of criteria to qualify for the federal insurance. Lenders could invest in mortgages not covered by the program, but they had a strong preference for homes that conformed to the guidelines. Compliance was mandatory for the insurance, so they pressured developers to follow the rules. By 1959, 25 years after it was formed, the FHA had helped three out of every five American families purchase a home.

FHA rules had implicit and explicit hierarchies of what homeowners ought to want. They had two key purposes: to stimulate the economy, and to constrain the market to only good investments. These goals—plus the social assumptions of the time—were reflected in the FHA’s evaluation of a mortgage. The standards included:

The combined effect of these standards was the most ambitious suburbanization plan in United States history. The FHA favored suburbia, so subdivisions became one of the most common neighborhood types within a few decades.

New Deal programs enabled the expansion of suburbia into new regions, too. Prior to the Depression, mortgages were extremely local. Investors could not lend money from a distance, so capital accumulated in slow-growth areas and was scarce in fast-growing ones.

In commoditizing mortgages, New Deal programs made possible a national mortgage market for the first time. FHA guidelines standardized home loans, which allowed lenders across the country to treat loans of the same rating as fungible. Since the quality of these homes was assured by FHA inspectors, “investors from all over the country would know exactly what a particular mortgage was worth.” For the first time, capital-rich investors could lend money to developers expanding into the South and West.

The creation of the Federal National Mortgage Association (FNMA, better known as Fannie Mae) in 1938 took this a step further. Fannie Mae created a secondary market by purchasing mortgages from lenders. It created liquidity for these originators, which in turn allowed them to underwrite more mortgages. The federal government created Freddie Mac (FHLMC) in 1970 to serve a similar purpose. The combination of these secondary markets and the FHA guidelines was in effect a massive financing of suburban sprawl, all facilitated by the federal government.

The government also set a national limit on interest rates for mortgages. It created a standard rate for the country as a whole, where before there had been immense variation. Mortgages had been far more expensive in the West and South than in the capital-rich Northeast. The new standard rates made it artificially cheap to finance new development in the Southwest. This subsidized sparsely populated parts of the country, while disadvantaging older metropolitan areas. It also coincided with the creation of the interstate highway system, on which we’ll go into more detail in an upcoming post.

While federal programs increased the geographic size of the market, they also increased the number of people who could afford a down payment. They did this by tweaking the structure of mortgage debt in two ways:

1. They decreased the size of monthly payments by spreading them over a longer period of time.

2. Federal programs slashed what was an acceptable down payment.

Harvard economist Edward Glaeser described the impact of “the mortgage subsidies that were explicit in the tax code and implicit in Freddie Mac and Fannie Mae” in a Boston Globe op-ed:

These home-borrowing subsidies … pull people out of America’s urban centers. More than 85 percent of people in detached homes are owner-occupiers, in part because renting leads to home depreciation. More than 85 percent of people in larger buildings rent. Since ownership and structure type are closely connected, subsidizing homeownership encourages people to leave urban high-rises and move into suburban homes.

By making long-term, amortized loans with low down payments the norm, federal policies made it possible for millions of people to buy single-family homes. These homeowners enthusiastically moved into the new mass-produced subdivisions to the west.

On the surface, mortgages appear to be a mostly free-market enterprise. Buyers take out financing through a private broker; they find a home through a private real estate agent; and they purchase their home from a private developer. Some people take out FHA loans, and everyone has to deal with the pesky permitting process, but for the most part homeowners transact with private parties.

The system masks a huge amount of government intervention. It isn’t evident to the average person, because it works through obscure mechanisms like insurance and financing terms. These don’t look like conventional cash subsidies, but they distort incentives, supply, and demand in the same way. Though these mechanisms go mostly unnoticed, they have transformed residential finance in America.

The U.S. is the most suburban country in the world. Most assume this is the organic result of individual preferences, because there’s little visibility into the ways that policy has shaped incentives. The reality is that the government played a huge role. Because these subsidies are complex and technical, it’s easy to forget their long history, but if we want to begin to understand the current state of the housing market, we have to first understand how we got here.

Devon Zuegel is a software engineer and urban planning enthusiast. This article originally appeared at Medium. Follow New Urbs on Twitter for a feed dedicated to TAC’s coverage of cities, urbanism, and place.