Heavy-handed, meddlesome tactics of the sort favored by Rubio are exactly what that unfortunate country and its political opposition don't need now 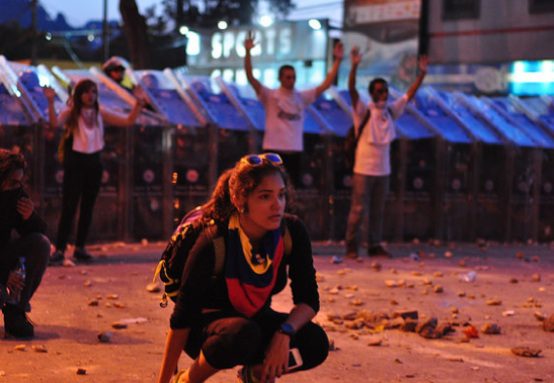 Andres Oppenheimer notes that Trump has effectively outsourced U.S. policy towards Venezuela to Marco Rubio and bypassed the State Department entirely. He explains why that isn’t a good idea:

That prevents Trump from getting other important points of view from U.S. diplomats who may see things from a different perspective.

For instance, Rubio has suggested that the United States impose an oil embargo on Venezuela if Maduro goes ahead with his plans to rewrite the constitution. But Rubio’s view may be influenced by his desire to please his Florida constituents and make sure that the growing group of Venezuelan exiles votes for him in future elections.

Leading Venezuelan opposition figures tell me that a U.S. oil embargo would be a terrible idea [bold mine-DL]. Much like what happened in Cuba, it would help energize Maduro’s base by allowing him to claim that he is a victim of “U.S. imperialism.” And it would fracture the bloc of more than a dozen major Latin American countries that are demanding that Maduro restore democracy in Venezuela.

Rubio is an incorrigible hard-liner on foreign policy, and that would be reason enough to be worried that he is the one driving U.S. policy towards any other country. In this case, Rubio’s instinct to resort to coercive and punitive measures is particularly alarming because his characteristic recklessness isn’t encountering any resistance. Hawks are always pushing for sanctions, embargoes, and other measures intended to show how “tough” they are in response to foreign crises, but they normally run into resistance from diplomats and regional experts that understand why aggressive tactics won’t be successful. They can also explain how these measures might even produce worse results. If the president isn’t paying any attention to diplomats and regional experts, and he is giving someone like Rubio free rein to shape the policy, the policy is bound to be unbalanced, ham-fisted, and likely to do more harm than good.

Venezuela’s crisis is a very serious one, and the U.S. should be willing to support regional governments in their response to it, but heavy-handed, meddlesome tactics of the sort favored by Rubio are exactly what that unfortunate country and its political opposition don’t need now.