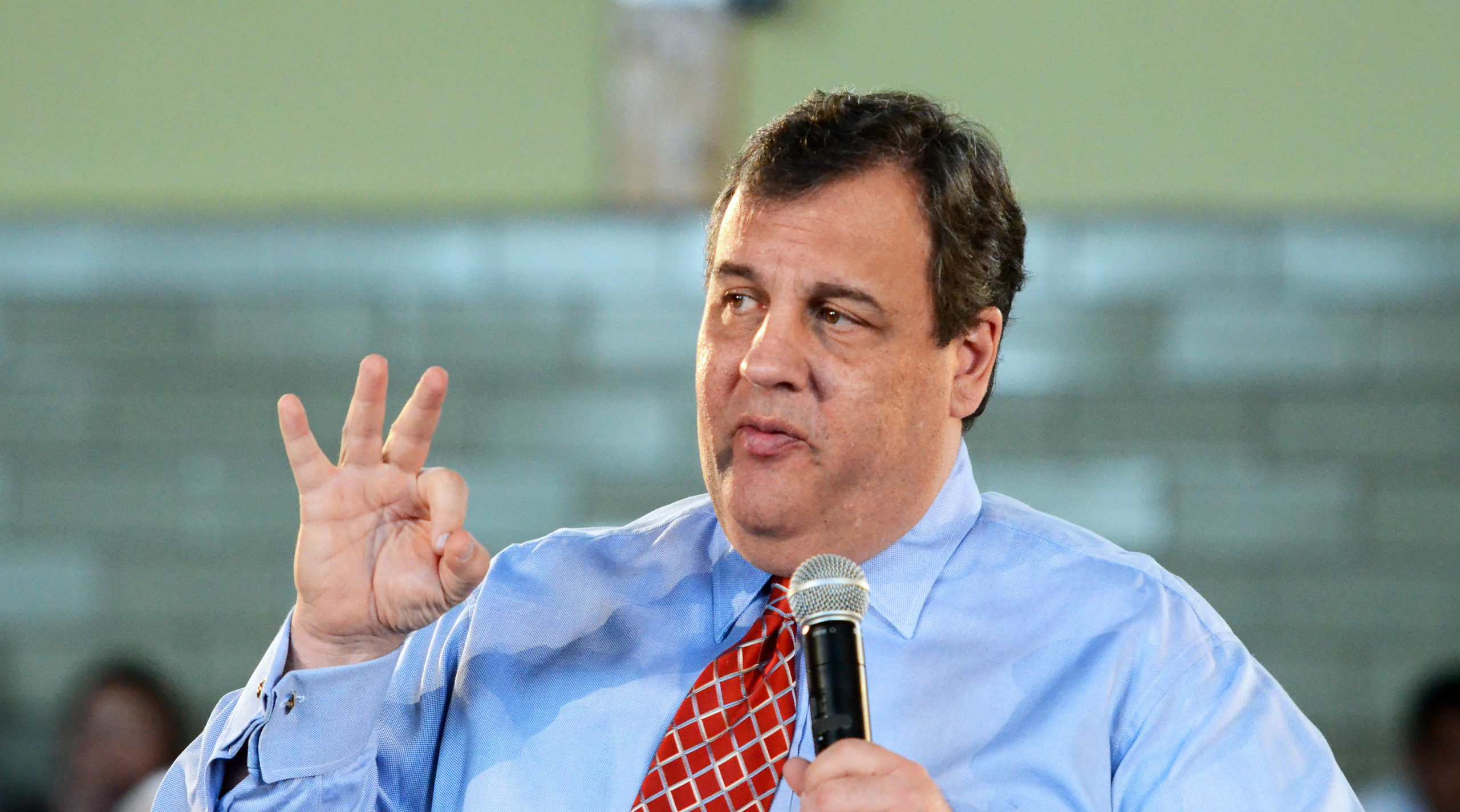 LOS ANGELES—Well, come 2025, we can say it all started here.

The “Chris Christie for President, 2024” project (subscribers: one) was rebooted in earnest over the weekend. Interest from tech firms has sprouted in recent years in this part of the country, and Columbus Day weekend presented another opportunity to get in on the ground floor.  Unbowed and well-fed, the former Garden State governor’s stark-naked ambition was out on the town Friday night.

Sure, he said to an audience question on Real Time with Bill Maher. He’s looking at running for president. “This show’s rubbing off on him, he’s getting very bold,” diagnosed Maher, potentially the last funny man in Hollywood.

This is actually the second soft launch for Christie during the long two Biden years. Following the demoralizing performance of his memoir, the rebound attempt is the more fantastic one, in the undeviating sense of the word. But you have to hand it to him: in an age of screwball anomie and personal equivocation, Christie is a man who knows what he wants, and goes for it. And we apparently know Chris Christie is going to run for president more reliably than either the current or former president. There’s dependability in that.

Joking aside, most analysts are distressed at the prospect of becoming the McKay Coppins of 2022, including presumably McKay Coppins, publisher of the anti-Nostradaman dispatch: “36 Hours On The Fake Campaign Trail With Donald Trump” in 2014. “Over the course of 25 years, he's repeatedly toyed with the idea of running for president and now, maybe, governor of New York. With all but his closest apostles finally tired of the charade, even the Donald himself has to ask, what's the point? On the plane and by the pool with the man who will not be king.” Sounds like a figure who really was at the end of the line. But Donald Trump has arguably been at the end of the line for thirty years.

The silver-medal law of Robert Greene’s “laws of power” is never put too much trust in friends—learn how to use enemies. That certainly applies to the Donald Trump-Chris Christie relationship.

Like all things, it is easy to see it all as inevitable now. But I recall the fury of a conservative editor I worked for at Christie’s dramatic 2016 endorsement of Trump. The establishment, “Conservative, Inc,” whatever, had a weaker hand than it understood back then. But it didn’t have the weakest hand in politics. Endorsements from old friends like Christie proved truly useful. Today the duo is done, by most accounts, but that doesn't mean the notorious New Jerseyan isn’t seeking to profit from the example of an ex-friend’s outyears.

The forbidding irony for Christie, of course, is there is a younger, less error-prone version of his former self on the American scene. Old-timey politicos, especially the more local-style ones, still ponder what would have gone down if Christie had sought the presidency in 2012, during his initial ascent to fame. Surely, Governor DeSantis, not a dumb man, is getting counsel not to make the same mistake.

Christie’s best odds, and this is arguably true of DeSantis, too, are probably in the situation of a straight shot at the political silverback in the room. For Christie, it makes the duel not about him, as both he and Trump would like it. For DeSantis, it is an introvert’s dilemma: that or getting lost in the all-out fracas that will commence if the 45th president eventually decides to pass on the opportunity to become the 47th.

Christie has his moments.

Recent appearances by Mehmet Oz (rocketing in Pennsylvania)—one on the mean streets of Philly, and another on the macabre family drama that compels him to retain Turkish citizenship (he’ll dump it if he wins)—are redolent of classic Christie clips on the perils of the junkie life. As America slips back into a second nineteenth century, or as others label the era, one of "dream politik," surely a “President Oz” is around the corner. But probably not this corner.

Back in ‘14, the apocalyptic-left writer Chris Hedges, who lives in Princeton, said that the Jersey man who shares his Christian name was “Wall Street’s anointed son for the presidency.” Never bashful, Hedges said of Christie: “Wall Street and the security and surveillance apparatus want a real son of a bitch in power.”

When I was bullish on Christie’s soft launch last year, a well-connected Republican politician cautioned that Christie was an avowed corportatist, and doesn’t understand that the party and the country have changed. Indeed, for a bright guy with clear leadership talent, the man has little to say on a party that has made an encouraging volte-face on trade, immigration, and national security.

Slightly more apparent than his beliefs, Chris Christie's looks. For a man who has spent his adult life developing crocodile outer confidence regarding his appearance, if he fails in his lifelong quest, he’ll probably conclude himself the bully’s victim.