Home/John Schwenkler/media/culture/Don’t Be the Tree

Don’t Be the Tree 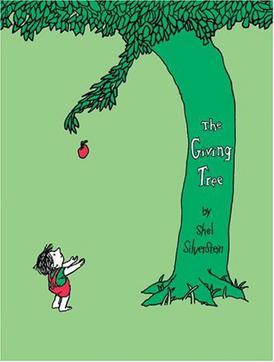 So Jesse Walker shares my discomfort with Shel Silverstein’s The Giving Tree, but adds an esoteric twist:

That book is a common target, so much so that I have to wonder whether we’ve been missing the point of it all these years. Silverstein had a dark sensibility and a wicked sense of humor. Maybe he set out to write a bleak fable about kids who selfishly milk their elders for every drop they’ve got. Is it possible that he finished the manuscript, looked at it with satisfaction, and said to himself, Yep, that boy sure was a bastard?

Well it’s certainly possible, and if that’s what he thought then he certainly was right.

Mark Shea would say the same:

It’s children’s literature for Generation Narcissus, in which we learn the valuable lesson that It’s All About You–Forever. Take as much as you want because it would be wrong, terribly wrong, for the ones you exploit to judge you. At the end of the day there will be no consequences because Love means letting you do whatever you like without regard for relationship–Forever.

And ditto Eve Tushnet, in an old post that I think may be the source of my present dislike for the book:

… the tree is the villain. It spoils the child, gives him no basis for a real life in the world, and then martyrs itself so he can keep being dependent on it forever. There are reasons to martyr oneself… and some of them are awful.

Noah Millman and H.C. Johns, on the other hand, dissent from my verdict, and I appreciate the points they’re making. It seems to me now that the comment I left on Noah’s post was based on a too-quick misreading of his argument, and the idea that adults can benefit from seeing themselves in the child-turned-man rather than the tree does, I think, indicate a possibly fruitful reading; though if we’re trying to look at the story – as I was – through the eyes of a child, then as the above-quoted comments suggest the particular variety of “unconditional love” that the boy gets from the tree may not embody an especially healthy lesson.

Speaking of which, H.C. writes:

As sympathetic as my warped communitarian heart is to demands for mutuality, I think that the story’s lack of shared charity is actually its most powerful point.  It seems to me that the story’s complexity comes from the fact that love isn’t always mutual, and it certainly doesn’t guarantee interpersonal justice.  In fact, in some cases it can demand precisely the opposite: that we give until we have nothing left, and that the only compensation we can expect is the satisfaction from having done so. When I try to imagine what it must be like to raise a severely disabled child or deal with an addicted sibling or care for a mentally ill parent, this is the only understanding of love that can suffice… The love that gives until it is spent.

I hear this. But the problem, which I gestured at only very quickly in my original post, is that human love simply doesn’tend up leave its subjects “spent” in this way; there is death, to be sure, but that’s not a consequence of love in the way that the tree’s destruction follows upon the boy’s exploitation of it. The exceedingly rare occasions when actual martyrdom is demanded constitute plausible exceptions to this general rule, but the situations that the tree and the boy find themselves in aren’t at all like that, which makes it hard for me to resist the conclusion that there’s something downright unethical, if not quite villainous, in the way that the tree allows itself to be taken advantage of. Giving of oneself is noble, and when properly ordered it need know no real limits, but real love means sometimes having to say “I’m sorry, but that’s one thing you just can’t have”.

(Image via Wikipedia, and punchline modified shortly after posting.)

But if we keep pushing we may not be able to assess their capabilities either way. Here's why.
Scott Ritter January 27, 2020