Who Is Going to Defeat Trump? (II)

It is often assumed that Trump would eventually lose in a smaller field of candidates because there is a ceiling to his support that he has already reached. The latest YouGov survey suggests that this is wrong: 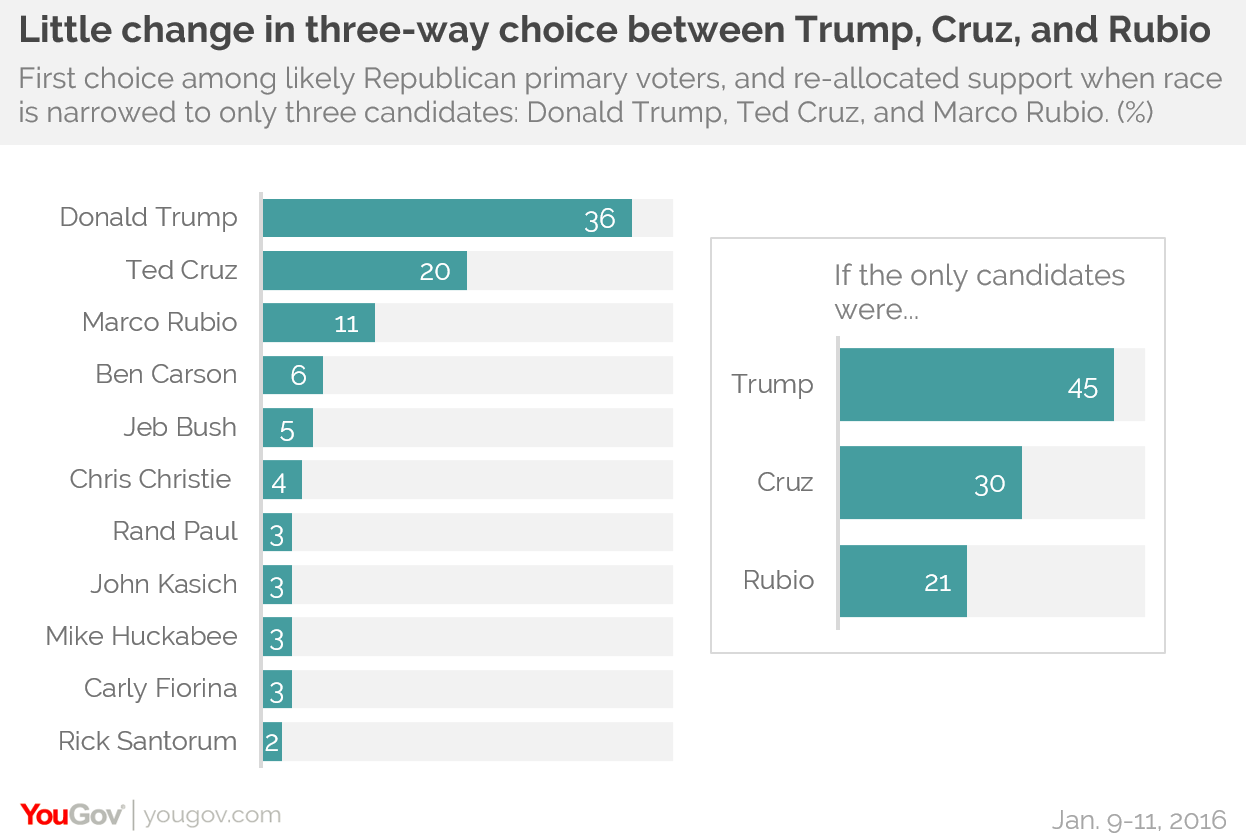 In a three-way contest, Trump’s lead expands in every region except the South, where he still leads Cruz by 12. Rubio doesn’t lead in any region, and Cruz consistently beats Rubio in each one. Even in their strongest regions, neither Cruz nor Rubio can catch the front-runner. It appears that winnowing isn’t going to change the structure of the race, and it seems that Trump still has room to gain more support as other candidates drop out.