In the last post I said I doubted that most Americans would side with Netanyahu. YouGov has released the results of a new poll that suggest I was on the right track: 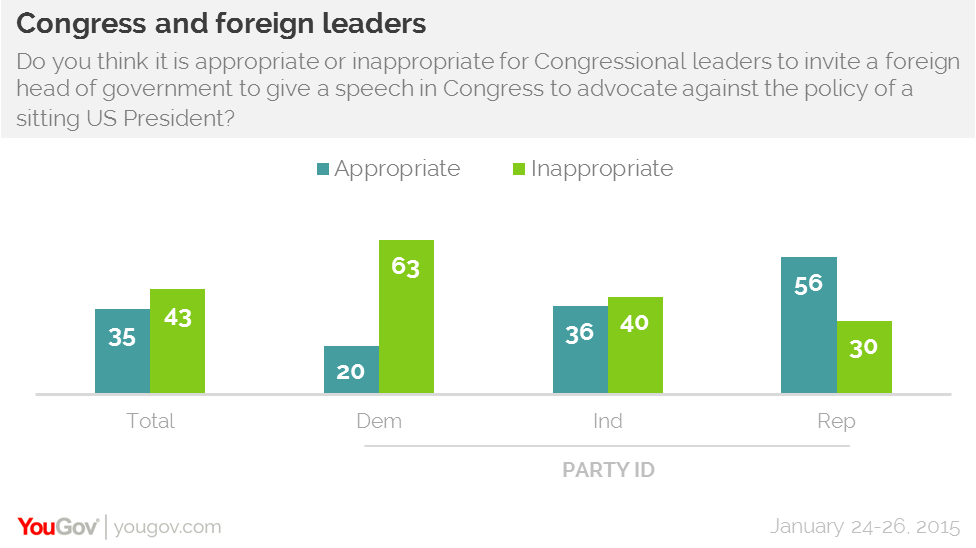 43% answering that it is inappropriate is a bit lower than I would have expected, but it still shows that there is significant public opposition to this sort of behavior from Congress. There is certainly no majority in favor of it. Barely a third of Americans approves of bringing in a foreign leader to undermine U.S. policy. Since the respondents are aware of the controversy over Netanyahu’s speech, the partisan divide isn’t too surprising. Most Republican respondents are siding with their party leaders in this case, but 30% still consider Boehner’s invitation to be inappropriate. If Boehner thought that he was making a clever political maneuver by bringing in Netanyahu, it seems clear that he badly miscalculated.

We worked tirelessly to turn around the city's most violent neighborhood, only to see it burned and looted.
Corey Brooks June 4, 2020