A Clinton Win Means An Expanded War in Syria 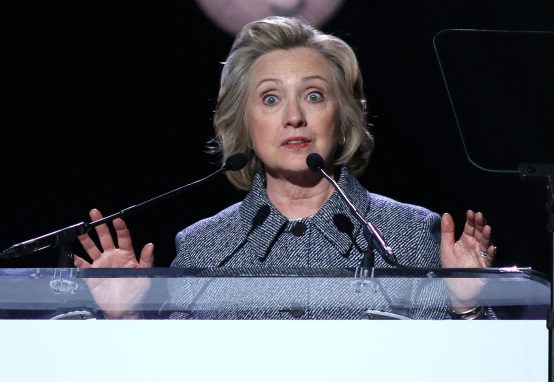 Kelley Vlahos reminds us why Clinton is likely to be very hawkish as president:

But every message coming from her surrogates in the media and in the Washington defense establishment has been that she will “lean in” harder in Syria, and whether you want to call it “added ground troops” or something else, everyone in her orbit is calling for expanded U.S. intervention—including personnel and firepower—in the region, even at the risk of confrontation with Russia.

We have good reason to believe this because Clinton and her supporters repeatedly keep saying that this is the kind of foreign policy her administration will have. Clinton has made no secret of her support for “no-fly” and safe zones in Syria, and she has chosen a running mate who shares her views on these issues. While Democrats overall might be divided on Syria policy, the Democratic ticket is not: both nominees favor a more aggressive, militarized U.S. role in the Syrian conflict. That is the policy a Clinton administration is very likely to start implementing next year if, as seems likely, she prevails in the fall. A vote for Clinton is almost certainly a vote for an expanded war in Syria, and the public needs to understand that this is what we will get by entrusting her with the presidency.

Clinton is one of the few candidates in the last century to campaign explicitly on a very hawkish platform while still being favored to win the general election. Even Lyndon Johnson, the last Democratic nominee with foreign policy instincts as aggressive as Clinton’s, knew he needed to portray his opponent as a dangerous warmonger while presenting himself as the responsible alternative. By contrast, Clinton has done almost nothing to allay concerns that she is too ready to resort to using force, because she sees no need to do so. She attacks Trump for being ignorant and irresponsible, but she can’t credibly paint him as more likely to get the U.S. into a war when that is precisely what she has done and is ready to do again. She is also so confident of victory in November that she doesn’t think she has to make any concession to her critics on the left. She is winning the support of many prominent Republicans because they have confidence in her desire to exercise American “leadership” by bombing other countries and otherwise meddling in their affairs, and their confidence is not misplaced.