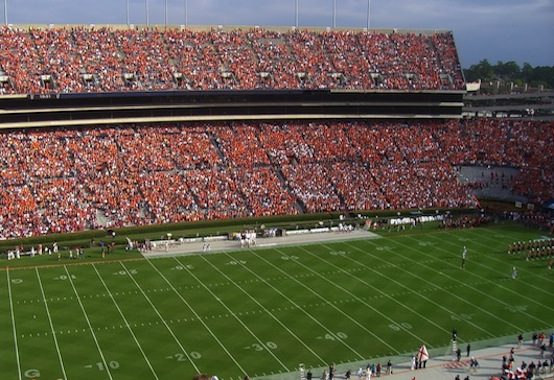 The NFL preseason began last week. That’s good news for fans. It’s also good news for what might be called the sports-industrial complex. According to the Washington Times, the teams alone generate over $9 billion in annual revenue.

But criticism of America’s most popular and lucrative sport has been growing louder. Troubled by mounting evidence that football’s physical and psychological consequences are literally life-threatening, some fans are questioning whether the game is morally defensible.

Will Leitch weighs in in New York. In his view, “Being a fan of football is being a fan of violence and self-destruction.” Leitch doesn’t promise that he won’t watch games this fall. But he does suggest that he won’t be able to enjoy them: “Every time there’s a big hit on the field, I can’t keep my human side—the part that wonders what that’ll mean for the player when he’s 45—quiet anymore.”

I share Leitch’s concerns, as a football fan and human being. But I think he’s wrong to focus on the NFL. NFL players take enormous risks. Nevertheless, they are adults who also enjoy the opportunity to reap big financial rewards.

From the moral point of view, what happens before the NFL is far more objectionable. In junior and high school leagues, thousands of children risk serious injury, particularly head injury, in every game they play. There are dangers in other popular youth sports, including soccer, which is often thought especially safe. But the risks of football exceed them all (the linked piece is by the disgraced Jonah Lehrer, but hasn’t been called into question as far as I’m aware). We don’t let kids skydive, drive racecars, or engage in other recreations with very high inherent risks. Should we let them play football?

College players, of course, are legal adults. Unlike the pros, however, they’re denied cash compensation for the revenue they generate and the dangers they face. Supporters of the NCAA argue that scholarship players receive an education worth tens of thousands of dollars. But many players in top programs don’t graduate. And even if they do, big time athletes are often steered through courses of little to no academic benefit.

The problems with football, then, go much deeper than the risks that face the 1696 players on NFL rosters each season. Indeed, I’m inclined to say that their predicament is of comparatively little moral concern. It’s bad enough that a few thousand grown men risk their lives every autumn Sunday for our entertainment. But the pyramid of exploitation on which professional football rests seems to me unacceptable.