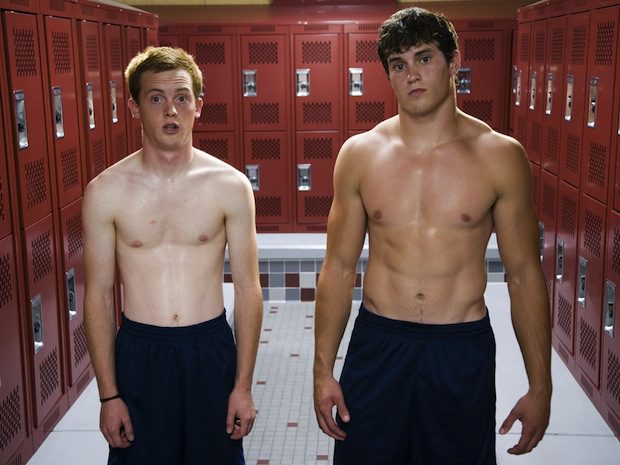 Federal education authorities, staking out their firmest position yet on an increasingly contentious issue, found Monday that an Illinois school district violated anti-discrimination laws when it did not allow a transgender student who identifies as a girl and participates on a girls’ sports team to change and shower in the girls’ locker room without restrictions.

Education officials said the decision was the first of its kind on the rights of transgender students, which are emerging as a new cultural battleground in public schools across the country. In previous cases, federal officials had been able to reach settlements giving access to transgender students in similar situations. But in this instance, the school district in Palatine, Ill., has not yet come to an agreement, prompting the federal government to threaten sanctions. The district, northwest of Chicago, has indicated a willingness to fight for its policy in court.

In a letter sent Monday, the Office for Civil Rights of the Department of Education told the Palatine district that requiring a transgender student to use private changing and showering facilities was a violation of that student’s rights under Title IX, a federal law that bans sex discrimination. The student, who identifies as female but was born male, should be given unfettered access to girls’ facilities, the letter said.

“All students deserve the opportunity to participate equally in school programs and activities — this is a basic civil right,” Catherine Lhamon, the Education Department’s assistant secretary for civil rights, said in a statement. “Unfortunately, Township High School District 211 is not following the law because the district continues to deny a female student the right to use the girls’ locker room.”

The “female” in question has a penis. More:

Officials in the Palatine district, which serves more than 12,000 students, have framed their position as a middle ground. The transgender student in question plays on a girls’ sports team, is called “she” by school staff and is referred to by a female name. But the district, citing privacy concerns, had required her to change clothes and shower separately.

The district said she was allowed to change inside the girls’ locker room, but only behind a curtain. The student, who has not been publicly identified, has said she would probably use that curtain to change. But she and the federal government have insisted that she be allowed to make that decision voluntarily, and not because of requirements by the district.

“What our client wants is not hard to understand: She wants to be accepted for who she is and to be treated with dignity and respect — like any other student,” said John Knight, the director of the L.G.B.T. and H.I.V. Project of the American Civil Liberties Union of Illinois, who is representing the student. “The district’s insistence on separating my client from other students is blatant discrimination. Rather than approaching this issue with sensitivity and dignity, the district has attempted to justify its conduct by challenging my client’s identity as a girl.”

Because your client has a penis! Read the whole thing, and understand that the US Government is now committed to using its power to force open the doors to public school locker rooms for people of the opposite sex. There is no such thing as compromise, according to the Obama administration. Separation is inherently unequal, it says.

This is radical. Yet this is a priority to the elites of the Democratic Party — and all public schools are subject to their radicalism. The federal government believes that gender is whatever an individual claims it is, and that all society must accept that claim. Ten years ago, if you had said that the federal government was soon going to force public schools to let biological males undress in girls’ locker room, and biological females undress in locker rooms filled with teenage boys, you would have been called some sort of right-wing paranoid.

The thing is, most people with kids in public schools cannot afford to take them out to homeschool or put them in private school. They are all at the mercy of the federal government. People who can afford to do otherwise will increasingly feel compelled to. Good job, Democrats.

I was talking not long ago with the head of a private Christian high school. He told me that he was receiving advice from some on the institution’s board that the school needed to adopt a firm policy keeping out students who have gay parents. That seemed to him really uncharitable, and denied the school a chance to minister to such kids and to their families. I told the principal that I agreed with him, but that the militancy of LGBT activists and the federal government was pushing Christian schools like his to take harder lines than they want to do. Lawyers have told me that if Christian institutions do not establish firm, clear doctrinal lines, and enforce them, they are going to be in a very weak position if someone takes them to court. Which someone will, eventually. It’s a form of Zero Tolerance that the left is forcing on Christian institutions that want to maintain a Christian identity, as they understand it.