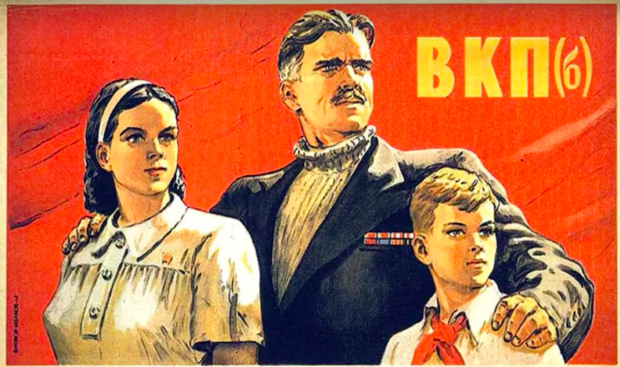 A professor told me that he thinks my planned book about the danger that a resurgent socialism poses to American life is really important. After reading E.J. Dionne’s column yesterday predicting that Trump’s criticism of socialism will fail, I see why the professor said what he said. From Dionne’s column:

The Soviet Union, however, has been dead for nearly three decades. China is communist on paper but a wildly unequal crony capitalist dictatorship in practice. Young Americans especially are far more likely to associate “socialism” with generous social insurance states than with jackboots and gulags. Sweden, Norway and Denmark are anything but frightening places.

The 2018 PRRI American Values Survey offered respondents two definitions of socialism. One described it as “a system of government that provides citizens with health insurance, retirement support and access to free higher education,” essentially a description of social democracy. The other was the full Soviet dose: “a system where the government controls key parts of the economy, such as utilities, transportation and communications industries.”

You might say that socialism is winning the branding war: Fifty-four percent said socialism was about those public benefits, while just 43 percent picked the version that stressed government domination. Americans ages 18 to 29, for whom Cold War memories are dim to nonexistent, were even more inclined to define socialism as social democracy: Fifty-eight percent of them picked the soft option, 38 percent the hard one.

Now, I completely agree that establishment conservatism — that is, the GOP and its think-tank archipelago — is failing to respond meaningfully to the social trauma and dislocation caused by this stage of capitalism. The liturgical repetition of Reaganist platitudes are no substitute for real thought. I wish to associate myself with Tucker Carlson’s remarks here. Excerpt:

One of the biggest lies our leaders tell us that you can separate economics from everything else that matters. Economics is a topic for public debate. Family and faith and culture, meanwhile, those are personal matters. Both parties believe this.

Members of our educated upper-middle-classes are now the backbone of the Democratic Party who usually describe themselves as fiscally responsible and socially moderate. In other words, functionally libertarian. They don’t care how you live, as long as the bills are paid and the markets function. Somehow, they don’t see a connection between people’s personal lives and the health of our economy, or for that matter, the country’s ability to pay its bills. As far as they’re concerned, these are two totally separate categories.

Social conservatives, meanwhile, come to the debate from the opposite perspective, and yet reach a strikingly similar conclusion. The real problem, you’ll hear them say, is that the American family is collapsing. Nothing can be fixed before we fix that. Yet, like the libertarians they claim to oppose, many social conservatives also consider markets sacrosanct. The idea that families are being crushed by market forces seems never to occur to them. They refuse to consider it. Questioning markets feels like apostasy.

Both sides miss the obvious point: Culture and economics are inseparably intertwined. Certain economic systems allow families to thrive. Thriving families make market economies possible. You can’t separate the two. It used to be possible to deny this. Not anymore. The evidence is now overwhelming.

What will it take a get a country like that? Leaders who want it. For now, those leaders will have to be Republicans. There’s no option at this point.

But first, Republican leaders will have to acknowledge that market capitalism is not a religion. Market capitalism is a tool, like a staple gun or a toaster. You’d have to be a fool to worship it. Our system was created by human beings for the benefit of human beings. We do not exist to serve markets. Just the opposite. Any economic system that weakens and destroys families is not worth having. A system like that is the enemy of a healthy society.

Internalizing all this will not be easy for Republican leaders. They’ll have to unlearn decades of bumper sticker-talking points and corporate propaganda. They’ll likely lose donors in the process. They’ll be criticized. Libertarians are sure to call any deviation from market fundamentalism a form of socialism.

That’s a lie. Socialism is a disaster. It doesn’t work. It’s what we should be working desperately to avoid. But socialism is exactly what we’re going to get, and very soon unless a group of responsible people in our political system reforms the American economy in a way that protects normal people.

If you want to put America first, you’ve got to put its families first.

Read — or watch — the whole thing.  My proposed book does not bring “socialism” up as a way to frighten people from questioning the status quo. In fact, the first chapter of my book (after the introduction) will talk about why a leadership class that ignores or downplays structural economic problems that cause the kind of despair we’re seeing in America today drives people to consider socialism as a real alternative.

Last week, we had an argument in this space about socialism as an economic system, and social progressivism in terms of moral beliefs and political policies that emerge from them. Many of you insisted that it is wrong to conflate socialist economics with identity politics and the woke agenda. I conceded that it is theoretically possible to be socially conservative but in favor of some form of socialism (say, a welfare state), but that in the real world, these socially conservative socialists don’t exist.

Bernie Sanders and Alexandria Ocasio-Cortez may prefer to emphasize economics, but they are down-the-line progressive in their views on abortion, LGBT rights, race, immigration, and the rest. Can you think of a single democratic socialist who doesn’t also endorse the full-spectrum progressive social agenda?

Over the weekend, I read America: The Farewell Tour, a 2018 book by the socialist journalist Chris Hedges. I had seen Hedges in the new Amazon documentary Generation Wealth (about which I’ll post separately), and agreed with just about everything he said. So I bought his book, to better understand what I, a social and religious conservative, have in common with a socialist who also describes himself as a Christian (see Hedges’s Wikipedia page). By the way, Christians like Elizabeth Bruenig and Kevin McKenna also identify as Christian socialists, but as McKenna’s 2011 Guardian essay points out, they are part of a political movement that often demonizes Christianity.

Anyway, I found Hedges’ book to be pretty frustrating. In tone, most of it is written as if it were meant to be read aloud from a balcony to the restive masses below. Hedges’ style is to hector his opponents into submission. That said, the people he writes about in the book are truly suffering, and no decent political economy can write them off. Hedges takes a tack that we see with other serious socialists: criticizing left-wing identity politics as an obstacle to achieving economic socialism. He writes: As a political strategy, this strikes me not only as sound, but as straight-up common sense. But Hedges is on board with the progressive agenda. For example, he denounces “the myth of whiteness,” “the lie of whiteness,” and says “whiteness is a dangerous concept” (“It is about the self-delusion used to justify white supremacy,” he writes). Elsewhere, he condemns

Trump’s ideological vacuum, the more he is isolated and attacked, is filled by the proto-fascist forces of the Christian right. This Christianized fascism, with its network of megachurches, schools, universities, and law schools and its vast radio and television empire, is a potent ally for a beleaguered White House. The Christian right has been organizing and preparing to take power for decades.

Hedges writes with straight-up fanaticism about Christian conservatives, all of whom he seems to believe are bunkered down reading Rushdoony and waiting on the bat-signal to launch the coup to come over the Trinity Broadcasting Network. Seriously, it’s unhinged, and gives the socialist game away: ordinary churchgoing conservative pro-life people are the “proto-fascist” enemy. It is also very hard to credit Hedges’s sympathy for working-class white people when he also indulges in rhetoric and ideological concepts that frame them as oppressors, simply by virtue of their skin color. It’s really schizophrenic.

Granted, Chris Hedges doesn’t speak for all democratic socialists (I’m guessing that he’s democratic; I could be wrong), but his book dramatically undermines the pie-in-the-sky idea that you can be a socialist on economics without also being a social radical. People who consider socialism as a solution for America’s very real problems of political economy had better not be fooled.

Similarly, conservatives and free-market oriented liberals had also better not be fooled into thinking that all they have to do is yell, “Socialism!” and people will be frightened away from the concept. E.J. Dionne is right. We are going to have to educate younger Americans about what actual, existing socialism meant in the 20th century (and means for Cubans and Venezuelans today). For that matter, look at the advanced social democracies of Europe, and ask yourself: where among them is religion, the traditional family, and the idea of defending the nation (its borders and its distinct cultural traditions) strong? In fact, socialist parties are always the strongest (though not the lone) advocates for open borders, as well as the strongest opponents of the traditional family and the Church.

True, we Americans, though not a social democracy, are also struggling with those things — but Europe’s experience tells us that socialism — both the hardline Soviet model, and the softer social democratic model — only makes things worse.

UPDATE: To clarify, when I said, “As a political strategy, this strikes me not only as sound, but as straight-up common sense” — I also mean that it’s bait-and-switch. Don’t talk about the progressive social agenda, only economics, and then smuggle the social agenda in.