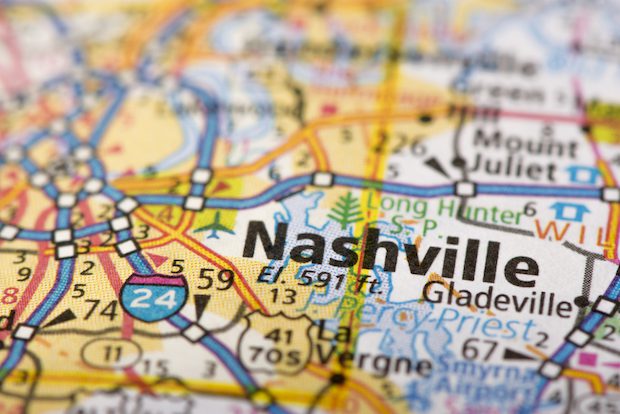 I’m in Nashville again today, so let’s talk a little more about the Nashville Statement.

Last night in conversation at a reception, I spoke to an attendee of my talk about it. He said that it surprises him that such a big deal is being made over a manifesto that simply states bare Christian orthodoxy regarding homosexuality. Whatever else the Statement could have said and should have said, the fact that a minimal declaration of what is, or used to be, entirely common for Christians to believe causes such a ruckus is an indication of how far we have slipped, said this man.

After the event, I was left wondering if the intense reaction to the Nashville Statement is anything like what I get from a lot of corners with The Benedict Option: the existence of the thing opens up a deep vein of cultural anxiety among Christians, who would prefer not to think about these discomfiting things so directly. I dunno. Maybe.

Anyway, that conversation last night put me in mind of Samuel James’s First Things piece on the Nashville Statement’s “imperfect clarity”. He acknowledges that the Statement might have said more, or said some things better. But that’s not the real problem a lot of folks have with it, says James:

I suspect that what has turned off many people to the Nashville Statement is its clarity. The document’s fourteen affirmations and denials are short, unequivocal, and to the point. Could it be that Americans, even some who profess traditional beliefs about these issues, prefer their theology a bit vague? This has been the legacy of the “seeker-friendly” movement within evangelicalism, with its toned-down doctrine encased in the blubber of psychological buzzwords like “brokenness,” “authentic,” and “spirituality.” There is a tendency within American evangelicalism to avoid saying what the Bible really means—or even what you really mean, as Eugene Peterson’s recent embarrassing flap demonstrated. Though I am a believer in “mere Christianity,” not everything Christianity entails is mere. Sometimes it really does boil down to affirming and denying. The drafters of the Nashville Statement understand that.

Katelyn Beaty accuses the statement, and those of its endorsers who voted for Trump, of moral hypocrisy. She is not entirely wrong. The potential for moral hypocrisy in such situations is exactly why some signers, such as Russell Moore and Albert Mohler, cautioned evangelicals about supporting a candidate with a documented history of sexual immorality. But inconsistency in applying an ethical system reveals more about the person than about the system. One can argue that racism is inherently evil because of its assault on the imago Dei, and yet express (as many liberal Christians do) moral ambiguity about abortion. This is a moral inconsistency, but it doesn’t prove that the one is wrong about racism. Arguing from moral inconsistency to moral wrongness is just a species of “whataboutism.” In this case, it smacks of efforts since the 2016 election to declare traditional evangelical doctrine guilty by association with Trumpism. This is not just a genetic fallacy, it is a kind of identity politics.

Along those lines, a reader e-mails this morning:

We have to push back on the view that politics and theology are the same thing, and the related error that politics is the most important thing in life. I’m not saying it’s easy. But it’s a moment when pastors and theologians need to resist, not accommodate, the cultural move toward making politics T/trump everything else. What is the realistic alternative? Never sign theological statements with anyone, because everyone either voted for Trump (and is thus compromised), or voted for Clinton (and is thus compromised), or voted for a third party and thus failed to register an effective vote against Trump or Clinton (and is thus compromised)? Is politics so central to our life that no evangelical is allowed to affirm basic Christian anthropology?

For everyone who is criticizing the statement as too narrow, because of the other things it doesn’t talk about, there’s an easy solution. Write some additional articles, publish them, and start collecting signatures. Until then, it’s cheap talk.

Here’s a highly imperfect simile, but perhaps useful. The Catholic Church sex abuse scandal, in which it was revealed that many Catholic bishops allowed priests to get away with raping and molesting children for decades, destroyed the ability of the Church to speak credibly and authoritatively to many Catholics about sexual matters. It’s not that the Catholic Church is wrong about these matters. Rather, it’s that many people are incapable of taking Church leaders seriously when they proclaim church teaching.

I think that the enthusiastic support some high-profile conservative Evangelical leaders gave to Donald Trump is something like that. Obviously it is NOT as serious as covering up child rape. Don’t misunderstand me. But because so many of those same leaders, and their congregants, over the years made such a big deal about the importance of moral integrity in political leadership, their embrace of Donald Trump vacated their moral authority in the eyes of many, at least in the area of sex and sexuality. It’s not that these conservative Evangelical leaders are wrong about their teaching, but that many people are incapable of taking them seriously on the subject.

Everything you said is perfectly true, but I do not understand why on earth one needs to listen to figures with “moral authority” to comprehend the orthodox Christian perspective on sexual relationships. You have the Bible and hundreds, perhaps thousands, of books, papers, and essays on the subject going back to the very earliest days of Christianity. Why do we all of a sudden need a pastor or POTUS with moral authority to show us the way?

This Trump thing is, in my mind, a total red herring being dragged across the reality of ‘new’ Christian sexual mores. Younger people don’t want to fight the LGBT wave (except parents of younger children perhaps) and this is a good reason/excuse to abandon ship: it’s Trump’s fault.