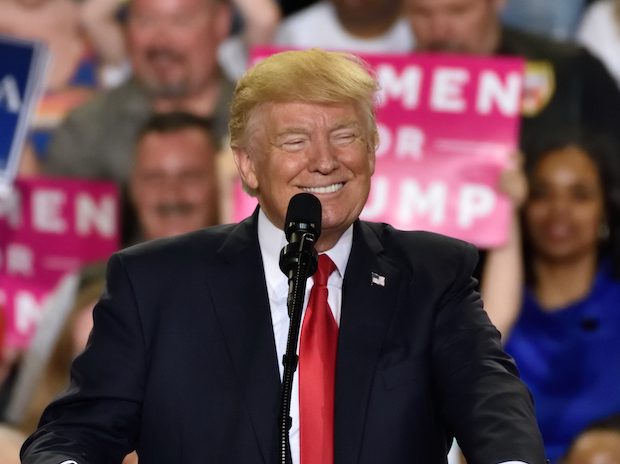 Josh Barro doesn’t think Jeff Flake is such a brave dude. He points out that Flake has voted Trump’s way almost 100 percent of the time. Excerpts:

Flake’s opposition to Trump has consisted almost entirely of complaining, and now he’s not even bothering to seek reelection to the Senate, where he could do something about whatever Trump is doing.

Flake is helpless because there’s no real constituency in America for what he favors: low taxes and spending, openness to immigration and trade, international collaboration where America honors its commitments, and polite public behavior.

The other coalition of voters is the one Flake relied on all along to get elected. But it turns out they don’t care very much about some of the policy ideas Flake thought were important. And they outright oppose him on others, like immigration. And many of these voters have come to view nastiness and crudity as virtues, since they think politeness norms have been weaponized by an establishment that wants to exclude them — or just because they are jerks.

It’s also worth asking why is it that, if Trumpism is such a challenge to the GOP Establishment, so much of his agenda is supported by Republican establishmentarians. I mean, look at what happened last night:

In a move that Senator Elizabeth Warren called “a giant wet kiss to Wall Street,” the Republican majority in the U.S. Senate just pushed through a bill overturning the Consumer Financial Protection Bureau (CFPB) making it extremely difficult for consumers to sue banks for their wrongdoing.

The CFPB was put in place in the wake of the massive financial crisis that plunged this country into a recession in the early ’00s. In the middle of the financial meltdown, consumers realized that they couldn’t team up for class action lawsuits to sue their banks over their screw-ups, because buried in the fine print of their banking contracts were mandatory arbitration clauses.  The CFPB forced banks to remove those clauses, so consumers had a very effective line of defense against the banks.

Now, on a 51-50 vote (VP Mike Pence was called in to break the tie) the Republicans pushed through a reversal of the rule and mandatory arbitration is once again the law of the land. The move is all a part of the Republican majority’s push to roll back regulations that they believe hurt the free market. The White House applauded the move.

Pence cast the deciding vote, and the White House applauded the move? On what deranged planet is this populism? Is this standing up for the little guy? Is the only thing that matters to Trump voters is the fact that the legislation made Pocahontas cry?

Nearly every Republican Senator — including Trump foes McCain, Flake, Corker, and Sasse — voted for this bill. Only South Carolina Sen. Lindsey Graham and Louisiana Sen. John Kennedy, voted against it. Trump and the GOP say that they blocked an onerous regulation, a regulation that was a bonanza for trial lawyers. OK, but the fact is, this was a win for big banks, who are in a vastly stronger position when they are accused of defrauding consumers. The rule the Senate voted down would have nullified fine print in credit card contracts in which consumers agree to give up the right to sue if they believe they have been cheated. Again, protecting banks in these cases is populism?

And look at this: a two-person firm in Montana just won a $300 million federal contract to rebuild Puerto Rico’s power infrastructure. There was not a bidding process on the contract won by Whitefish Energy. From the Washington Post:

The scale of the disaster in Puerto Rico is far larger than anything Whitefish has handled. The company has won two contracts from the Energy Department, including $172,000 to replace a metal pole structure and splice in three miles of new conductor and overhead ground wire in Arizona. Shortly before Maria ravaged Puerto Rico, Whitefish landed its largest federal contract, a $1.3 million deal to replace and upgrade parts of a 4.8-mile transmission line in Arizona. The company—which was listed in procurement documents as having annual revenue of $1 million—was given 11 months to complete the work, records show. Puerto Rico has 2,400 miles of transmission lines across the island, and 30,000 miles of distribution lines with 300 substations.

How did such a flyspeck of a firm located in faraway Montana win this no-bid contract?

Whitefish Energy is based in Whitefish, Mont., the home town of Interior Secretary Ryan Zinke. Its chief executive, Andy Techmanski, and Zinke acknowledge knowing one another — but only, Zinke’s office said in an email, because Whitefish is a small town where “everybody knows everybody.” One of Zinke’s sons “joined a friend who worked a summer job” at one of Techmanski’s construction sites, the email said. Whitefish said he worked as a “flagger.”

Zinke’s office said he had no role in Whitefish securing the contract for work in Puerto Rico. Techmanski also said Zinke was not involved.

Right. Populism in our time. I’m glad Jeff Flake and his kind of Republican are receding. But I wish Donald Trump were an actual populist with real ideas and vision, instead of a loudmouth who practices a crude populist style, but in substance usually behaves like a typical old-guard Republican.