The Douthat Scenario Is Coming True 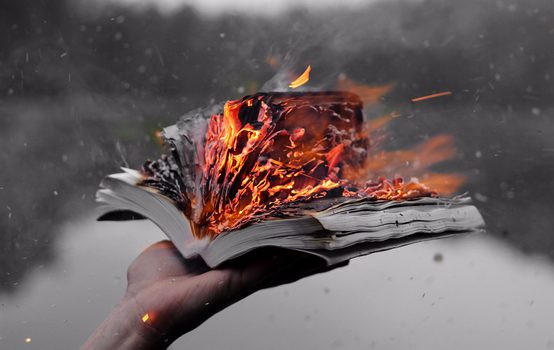 The Atlantic‘s Peter Beinart takes note of the social effects of the decline in churchgoing. Excerpts:

Over the past decade, pollsters charted something remarkable: Americans—long known for their piety—were fleeing organized religion in increasing numbers. The vast majority still believed in God. But the share that rejected any religious affiliation was growing fast, rising from 6 percent in 1992 to 22 percent in 2014. Among Millennials, the figure was 35 percent.

Some observers predicted that this new secularism would ease cultural conflict, as the country settled into a near-consensus on issues such as gay marriage. After Barack Obama took office, a Center for American Progress report declared that “demographic change,” led by secular, tolerant young people, was “undermining the culture wars.” In 2015, the conservative writer David Brooks, noting Americans’ growing detachment from religious institutions, urged social conservatives to “put aside a culture war that has alienated large parts of three generations.”

That was naive. Secularism is indeed correlated with greater tolerance of gay marriage and pot legalization. But it’s also making America’s partisan clashes more brutal. And it has contributed to the rise of both Donald Trump and the so-called alt-right movement, whose members see themselves as proponents of white nationalism. As Americans have left organized religion, they haven’t stopped viewing politics as a struggle between “us” and “them.” Many have come to define us and them in even more primal and irreconcilable ways.

When pundits describe the Americans who sleep in on Sundays, they often conjure left-leaning hipsters. But religious attendance is down among Republicans, too. According to data assembled for me by the Public Religion Research Institute (PRRI), the percentage of white Republicans with no religious affiliation has nearly tripled since 1990. This shift helped Trump win the GOP nomination. During the campaign, commentators had a hard time reconciling Trump’s apparent ignorance of Christianity and his history of pro-choice and pro-gay-rights statements with his support from evangelicals. But as Notre Dame’s Geoffrey Layman noted, “Trump does best among evangelicals with one key trait: They don’t really go to church.” A Pew Research Center poll last March found that Trump trailed Ted Cruz by 15 points among Republicans who attended religious services every week. But he led Cruz by a whopping 27 points among those who did not.

Why did these religiously unaffiliated Republicans embrace Trump’s bleak view of America more readily than their churchgoing peers? Has the absence of church made their lives worse? Or are people with troubled lives more likely to stop attending services in the first place? Establishing causation is difficult, but we know that culturally conservative white Americans who are disengaged from church experience less economic success and more family breakdown than those who remain connected, and they grow more pessimistic and resentful. Since the early 1970s, according to W. Bradford Wilcox, a sociologist at the University of Virginia, rates of religious attendance have fallen more than twice as much among whites without a college degree as among those who graduated college. And even within the white working class, those who don’t regularly attend church are more likely to suffer from divorce, addiction, and financial distress. As Wilcox explains, “Many conservative, Protestant white men who are only nominally attached to a church struggle in today’s world. They have traditional aspirations but often have difficulty holding down a job, getting and staying married, and otherwise forging real and abiding ties in their community. The culture and economy have shifted in ways that have marooned them with traditional aspirations unrealized in their real-world lives.”

The heart of the essay:

For decades, liberals have called the Christian right intolerant. When conservatives disengage from organized religion, however, they don’t become more tolerant. They become intolerant in different ways. …

Whatever the reason, when cultural conservatives disengage from organized religion, they tend to redraw the boundaries of identity, de-emphasizing morality and religion and emphasizing race and nation. Trump is both a beneficiary and a driver of that shift.

So is the alt-right.

For years, political commentators dreamed that the culture war over religious morality that began in the 1960s and ’70s would fade. It has. And the more secular, more ferociously national and racial culture war that has followed is worse.

Read the whole thing. It’s important. It’s a confirmation of a line Ross Douthat had a year or so ago, telling the left that if they didn’t like the Religious Right, just wait until the see the Post-Religious Right. I’m getting anecdotal reports from readers and from acquaintances that young people with smartphones are not only streaming pornography, but also getting massive doses of political extremism on their devices. One source who sees the boys in his conservative Christian high school embracing white nationalism speculates that the megachurch Christianity of these high school seniors is not facing the reality of the world around us. If true, then the pastors and other religious authorities in these kids’ lives are simply not forming them as Christians to live in the post-Christian world that we have.

On that point, last night in DC, I talked with a senior official of a prominent Christian college, who told me that institutions like his are at Defcon 1 on religious liberty for institutions like his — and he is as baffled as I am why so many churches are silent. He spoke to me after my Benedict Option speech about the point I made in it re: pastors and religious leaders who aren’t preparing their congregations for hard times, even the possibility of persecution, are failing in their responsibilities. He said that’s true in his experience. We agreed that Christians in America aren’t going to know what hit them.

Christians who read The Benedict Option, and act on what they read, won’t be caught off guard, though. Hey, if you and your church or group want to read the book together, e-mail Taylor Fleming at Sentinel, and she can help you. She’s at tfleming — at — penguinrandomhouse — dot — com.