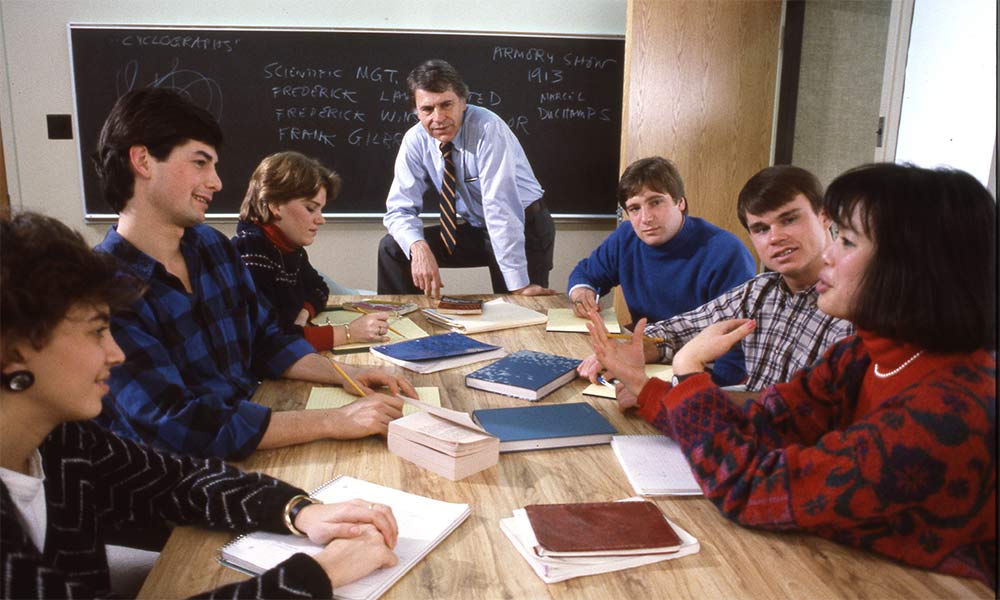 Law & Liberty asked me to write a reflection on Christopher Lasch’s prophetic 1996 book The Revolt Of The Elites. Excerpts from my essay:

What did Lasch see coming?

His most important insight was the widening gulf between economic and cultural elites and the mainstream of American life, whose moral codes and traditions they hold in contempt. The book’s title refers to the Spanish philosopher Jose Ortega y Gasset’s The Revolt of the Masses, a 1930 volume analyzing the rise of mass democracy, and what he regarded as the decadence of the new personality type coming to dominate society. Ortega was no aristocrat; in fact, he was a leader among Spanish republicans. But he was also an intellectual who feared that mass man would create a society in which all cultural and ideational hierarchies would be replaced by mere appetite. “Barbarism is the absence of standards to which appeal can be made,” wrote Ortega.

Lasch inverted Ortega’s thesis, accusing American elites of rebelling against standards, and thus debilitating culture. Lasch’s targets were “upper middle class liberals” who, in his view, better exemplified the self-satisfaction, incuriosity, “radical ingratitude,” and hatred for anything not itself that Ortega found in mass man.

Lasch wrote the essays in Revolt near the beginning of the modern era of globalization, which can be dated to the end of the Cold War in 1989, the invention of the World Wide Web in 1991, and China’s growing presence as a global economic behemoth. The Clinton Administration, coming to power in 1992, made the Democratic Party’s peace with Reagan-era trade and economic liberalization. At the time, growing economic inequality troubled Lasch, who wrote, “People in the upper 20 percent of the income structure now control half the country’s wealth.”

Those were the days! According to a 2017 analysis by the Washington Post, the top 20 percent of Americans now control 90 percent of the country’s wealth. Both the decline of the working class thanks to post-1980s deindustrialization and the hollowing out of the middle class have been well documented.

So has the widening economic and moral chasm between what Charles Murray called the “New Upper Class” and the “New Lower Class.” The divide is not merely economic, but cultural. Lasch saw elites segregating themselves and their progeny into networks and institutions separate from the broader public. Unlike elites in past eras of US history, today’s elites feel less obligation to provide for the commonweal. Rather, they have seceded—socially, intellectually, and often into coastal liberal enclaves—from a country they do not understand and do not wish to understand, regarding it as a land of backward people “at once absurd and vaguely menacing.” Says Lasch, of these elites, “It is a question whether they think of themselves as Americans at all.” This has become so pronounced in the past quarter-century that it’s hard to feel the same sense of urgency Lasch brought to his discussion.

Elite discourse today—including media discourse—downplays or ignore class disparities, focusing instead on the advancement of racial and sexual minorities, and women. This is not new. In some of his book’s strongest passages, Lasch condemned intellectuals’ “eagerness to drag every conversation back to race,” and said that these partisans of “ideological fanaticism” behave as if “democracy can mean only one thing: the defense of what they call cultural diversity.” Our pluralist democracy, he says, cannot survive this “new tribalism.”

In Lasch’s view, American elites have come to loathe their fellow Americans who do not share their rarefied progressive morality. What can any decent man (or woman, or Genderqueer-American) owe to a country and a people who are a stinking mass of bigotry? Revolt can be read as a defense of the white working-class Americans that would later come to be called “deplorables.” But it is also a defense of minorities, who, in Lasch’s view, are victimized by managerial elites in the name of kindness.

He saw it all coming twenty-five years ago.

Lasch was a man of the Left, and a Midwesterner by birth. He believed that a kind of prairie populism based on solidarity was achievable in America. In the essay, I explain what he meant by that. But:

Lasch was right. Lasch is right. But I have bad news. In the Year of Our Lord 2021, Lasch’s vision sounds utterly utopian. My re-reading of Revolt dismayed me, because it compelled me to face how very long this process has been going on (it was interesting to see the passages I marked up in my copy 25 years ago), and how far beyond saving ourselves we have traveled over the last quarter century. The ship has sailed over the horizon, I fear, and can no longer see the shore. Here’s why. Lasch’s vision does not work without virtue—which is to say, a shared sense of the common good, and a universal recognition that there are sound principles that limit individual will and desire for the sake of the whole. Yet a core Laschian theme is that Americans will not recognize natural limits. Jimmy Carter read Lasch’s A Culture of Narcissism, and invited him to the White House to talk about it. The result was Carter’s infamous “malaise” speech, which urged the nation to recognize limits, and to learn to live more modestly. If you have never read it, or haven’t read it in a long time, you should; it’s a shockingly conservative piece of oratory. But it bombed. Americans do not like being told that they can’t have what they want.

The examples are legion, but consider this one, which just flopped across my social-media transom. The New England Journal of Medicine published a paper in mid-December arguing that sex designations should be removed from birth certificates, as they discriminate against the genderfluid. The fact that this proposal is considered normative by editors of one of the world’s leading medical journals signals the triumph of ideology over science.

How are we going to persuade a nation that has come to believe that if a person wishes to change his or her sex, it is not only possible, thanks to technology, but it must be recognized in medical practice and (as Democratic politicians, including Joe Biden, demand) valid in civil rights law? Transgenderism has become a moral crusade for elites, who have propagandized so effectively for it that now, a substantial majority of Americans support transgender rights. And why not? The idea that there are no natural limits that should restrain human will is an old temptation, one to which few contemporary Americans seem to object. Philip Rieff, whom Lasch treats favorably in Revolt, wryly observed in his 1966 masterpiece The Triumph of the Therapeutic, that “difficult as the modern cultural condition may be, I doubt that Western men can be persuaded again to the Greek opinion that the secret of happiness is to have as few needs as possible.”

It is telling that the only iteration of populism we have seen in our own time is the rise of Donald Trump. As satisfying as it has been to some of us to see the Republican Party mandarins toppled by the Great Unwashed, we deceive ourselves if we think that Trumpist populism is mostly a healthy manifestation of plebeian virtue, and not performative réssentiment.

How else are we to understand the passions of the pro-Trump mob after his failed re-election attempt, given that Trump failed to deliver on most of his populist promises (e.g., immigration reform, industrial policy favoring workers)? The one thing Trump unfailingly did was anger elites. That, apparently, was enough. What’s more, popular pro-Trump orators, purportedly in the name of defending the Constitution, have spent the last two months denouncing and attempting to delegitimize Constitutional processes and institutions, such as the federal courts, and helped create the conditions for the riot on Capitol Hill. This is not a populism that Kit Lasch would have condoned. What if the problem is not that the elites are corrupt, but that the rot has spread more generally?

Read it all — I talk also about what the fact of the Internet, something Lasch did not live long enough to see (Revolt was published posthumously), did to our political culture. And I talk about what a realistic attempt to advocate for a Laschian populism might look like today. I look forward to you readers engaging with the essay.

Oh, and by all means, read Revolt Of The Elites! By the way, back in 2007, Jeremy Beer wrote an excellent piece for TAC about Lasch.