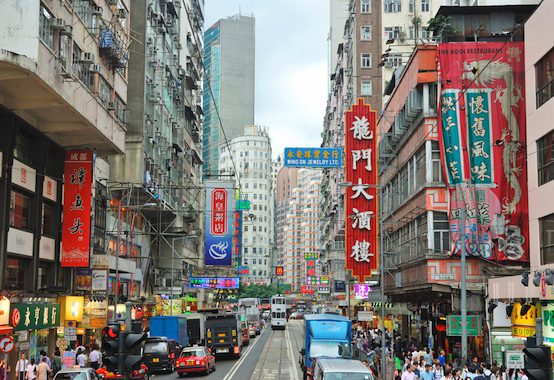 Chinese lawmakers will meet Wednesday to consider giant urbanization plans for the country, as the Standing Committee of China’s National People’s Congress is apparently planning to create a city of 260 million people in hopes of spurring economic growth and consumption.

Yesterday, Forbes contributor Gordon G. Chang reported on China’s giant urbanization plan, calling it a “1950s-style experiment.” He says the government plans a massive forced migration to the cities, moving “250 million people from farm to city in the next dozen years.” They want 70 percent of the Chinese population – approximately 900 million – to live in cities by 2025.

The proposed “Bohai Economic Rim” will connect Beijing and Tianjin. China also intends to create city zones of 100 million people, surrounded by clusters of smaller cities populated with 10 to 25 million. Chinese leaders plan to create 20 new cities in each of the next 20 years.

Many of the moving rural dwellers were self-sustaining farmers who traditionally produced and consumed their own goods. This, according to the Chinese government, is the root of their problem: “If half of China’s population starts consuming, growth is inevitable,” said Li Xiangyang, vice director of the Institute of World Economics and Politics. “Right now they are living in rural areas where they do not consume.”

This vision of “inevitable growth” is tenuous, to say the least. Whereas other countries have taken centuries to urbanize, China is planning to orchestrate this massive urbanization plan in mere decades: “They think that if they create more Chinese cities, China will naturally become a developed country with a vibrant economy,” Chang reports.  “They forget that cities in other societies grew organically, not created through fiats issued by geniuses in planning ministries.”

New York Times reporter Ian Johnson writes “unemployment and other social woes have also followed the enormous dislocation. Some young people feel lucky to have jobs that pay survival wages of about $150 a month … Land disputes account for thousands of protests each year, including dozens of cases in recent years in which people have set themselves aflame rather than relocate.”

The urbanization plan has already wreaked havoc on rural landscapes. “Across China, bulldozers are leveling villages that date to long-ago dynasties,” says Johnson. “Towers now sprout skyward from dusty plains and verdant hillsides.” Old farmers are forced into new factory and city jobs, where they have difficulty competing with younger laborers. “It’s a new world for us in the city,” 43-year-old Tian Wei, a former wheat farmer, told Johnson. He is working as a night watchman at a factory. “All my life I’ve worked with my hands in the fields; do I have the educational level to keep up with the city people?”

Johnson writes that “some fear rural China is once again the site of radical social engineering (hearkening back to the days of Mao and the ‘Great Leap Forward’).” Chang more explicitly compared the two,  calling Mao’s famine-producing attempt at forced industrialization “history’s most disastrous attempt at economic development and social engineering.”

A second attempt at such a massive centralization of people, disbanding of local communities, and decimation of agrarian traditions cannot fail to have extreme consequences. One hopes the repercussions will at least be less severe than those experienced during Mao’s “social experiment,” which resulted in at least 45 million deaths.