As coverage of the standoff between Russia and Ukraine continues and debate over America’s role in the conflict rages on, two crucial players have stepped forward to offer support to Russia: China and India. While no assumptions can be made about China’s diplomacy with Russia, it is not beyond the realm of possibility that an […] 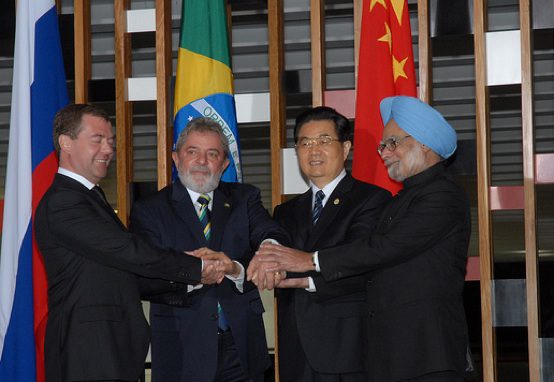 As coverage of the standoff between Russia and Ukraine continues and debate over America’s role in the conflict rages on, two crucial players have stepped forward to offer support to Russia: China and India. While no assumptions can be made about China’s diplomacy with Russia, it is not beyond the realm of possibility that an economic superpower would protect its trade agreements in the region. China is Ukraine’s second largest trading partner, a partnership worth $7.3 billion dollars a year, with a target of $20 billion by 2017.

China likely has no intention of endangering its profitable relationships in the face of geopolitical conflict. There is no indication that China will publicly condemn Russia’s actions: it may instead carefully weigh its options with regard to its political alliance with Russia and future economic opportunities with Ukraine. China has paid lip service to Ukraine, but that may change as the situation develops. A spokesperson from the Chinese Foreign Ministry reasserted its non-interventionist policy, but left room to switch platforms if it became expedient:

It is China’s long-standing position not to interfere in others’ internal affairs. We respect the independence, sovereignty and territorial integrity of Ukraine. There are reasons for why the situation in Ukraine is what it is today. China will follow the development of the situation closely and call on relevant parties to seek a political resolution of their differences through dialogue and negotiation based on respect for international law and norms governing international relations in order to uphold regional peace and stability.

As it currently stands, China has not made a definitive move towards either Russia or Ukraine. Joel Wuthnow, a China analyst writing for the National Interest, suggests that China may side with its previously established economic relationships: “In addition, China’s relations with Ukraine deepened in December with a “strategic partnership” signed by Xi and then-president Viktor Yanukovych. This agreement involved a five-year, $30 billion plan to boost PRC investment in areas including infrastructure, aviation and aerospace, energy, agriculture, and finance.” Much of China’s diplomacy springs out of its business partnerships, and thus far Ukraine does not seem to be an exception. But China also has no interest in estranging Russia, especially after Presidents Putin and Jinping appeared together in public at the Sochi Olympics, sending a signal of solidarity as the Western media raked Putin over the coals. Shannon Tezzi of The Diplomat posits that in spite of deep philosophical misgivings, China will put its developing relationship with Russia above its own political agenda, at least in this case. But public support of Russia is not without risk.

What’s confusing is why India has decided to come forward. At first glance, India has even less invested in this situation than China does, but it may be throwing its weight behind Russia to hedge its political bets. China, India, and Russia, are all BRIC countries, (the B stands for Brazil, another rising economic powerhouse) and thus could be interested in Russia and China’s political fates even if their economies are not necessarily interdependent. The term BRIC was coined by former Goldman Sachs economist Jim O’Neill in 2001, who forecasted that the four large countries would be the world’s four largest economies by 2050. While it’s too early to assess whether this prediction is correct, all four countries have performed extremely well, and are firmly established as the economic leaders among the developing world. China could eclipse America as the world’s largest economy, and if India and Brazil continue their upward trajectory and ally themselves with Russia, the four countries are serious contenders that countervail the European Union and G8 countries.

Another possible explanation for India’s arrival to this party is a political circling of the wagons in response to the G8 censoring of Russia’s aggression in the Crimea. Both India and China have experience coming to the aid of ethnic minorities in regions with disputed authority (China has unequivocally come down on the side of the Han Chinese in the semi-autonomous Xinjiang region, and India has intervened in both Kashmir and the Sri Lankan civil war to protect groups with strong ties to India). Russia also stood behind India when it bore the brunt of harsh criticism for its nuclear tests in 1974 and 1998. China, Russia, and India may laying the groundwork for a coalition free of what they perceive to be the latest form of Western imperialism: sanctions, exclusion from summits, and influence in the United Nations.

However you slice it, the situation is precarious, requiring a delicate touch. This level of complexity is almost completely lost on both the American press and foreign policy luminaries, who eschew nuanced diplomacy in favor of jingoistic interventionism without counting the costs. In the face of America’s waning influence on the global stage, thanks in no small part to the Iraq War, China, Russia, and India are able to justify their geopolitical actions due to their recent prosperity. Their growing economies have bought them more options, and, by extension, more influence. While China and India’s vocal support is still muted, that could change as the situation develops. Increasing economic strength may lead to increasing diplomatic independence among rising non-Western powers.

Anthony M. Barr August 14, 2020
Scholar Andre M. Perry looks to the promise of asset-based development in African-American communities that builds on what, and who, is already there.
Advertisement
Advertisement