Who Speaks for a Culture? 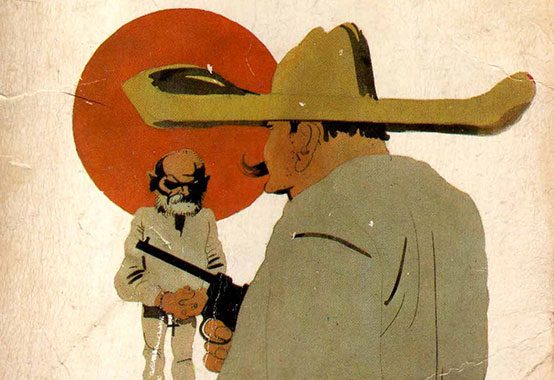 In early September, novelist Lionel Shriver, in her keynote address at the 2016 Brisbane Writers Festival, claimed the right to portray minority characters in any way that serves legitimate literary purposes. Surely no one, including Shriver, could be surprised by the reaction: Festival officials publicly disavowed her remarks, censored her on the festival website, and hastily arranged a right-of-reply session directly opposite one in which Ms. Shriver promoted her new novel, The Mandibles.

I doubt Shriver’s donning of a sombrero to make the point that “you’re not supposed to try on other people’s hats,” softened the audience of writers and activists who were beginning to realize they would not be hearing the advertised talk on “community and belonging.”

She eventually settled into her message: “Those who embrace a vast range of identities, ethnicities, nationalities, races, sexual and gender categories, classes of economic under-privilege and disability – are now encouraged to be possessive of their experience and to regard other people’s attempts to participate in their lives and traditions, either actively or imaginatively, as a form of theft.”

This theft or “cultural appropriation” is defined by Susan Scafidi, a Fordham University law professor, as “taking intellectual property, traditional knowledge, cultural expressions, or artifacts from someone else’s culture without permission.”

I certainly understand the resentment of creators who’ve labored in obscurity only to see their work snatched up and exploited by the already famous. Likewise, there are cheap and insulting imitations of traditional art and dress. Then again, innovative artists building on another culture’s forms strike me as legitimate so long as those artists acknowledge creative debt.

Shriver reminded her audience that had novelists never written from perspectives vastly different from their own, some of the great works of literature would never have come about: Malcolm Lowry’s Under the Volcano, Maria McCann’s As Meat Loves Salt, Matthew Kneale’s English Passengers. Her observation that “Otherwise, all I could write about would be smart-alecky 59-year-old 5-foot-2-inch white women” seems so obvious as to be banal.

A few years before Paul Revere and the Raiders sold a million copies of “Indian Reservation” and Cher belted out “Half Breed,” but after Hank Williams sang “Kaw-Liga,” William Styron’s historical novel The Confessions of Nat Turner was published to glowing reviews. Based on a purported 7,000-word confession made by Nat Turner regarding his leadership of an 1831 slave rebellion, the novel won the 1967 Pulitzer Prize for fiction.

By the following summer, a furor had erupted among intellectuals within the ascendant Black Power movement. Styron would, in his own words, “experience almost total alienation from black people, be stung by their rage, and, finally, be cast as an archenemy of the race, having unwittingly created one of the first politically incorrect texts of our time.”

In his point-by-point demolition of Ten Black Writers Respond in the September 12, 1968 issue of The New York Review of Books, Eugene Genovese made clear that the black intelligentsia’s primary problem with Styron’s Nat Turner was that a white man had dared write from the point of view of a black slave:

One might have thought that black and white Americans who are committed to racial equality would approve of the fact that William Styron, a white Southerner, has rescued the great rebel slave leader, Nat Turner, from obscurity. Instead, the claim is made throughout these essays that black America has always known of and admired the historic Nat Turner. This is pretense … If Nat Turner is now a name well known to black and white America, and if the existence of armed resistance to slavery is generally appreciated, William Styron deserves as much credit as anyone else.

Professor Genovese then laid down a challenge: “If you say that black folk life can be unearthed and made relevant then do it; if white historians—for whatever reason—have been blind to whole areas of black sensibility, culture, and tradition, then show us. We can learn much from your work, but nothing from your fury.”

Yet, as unedifying as this fury might have been, it chilled literary ambition, intimidated American writers and deeply influenced creative writing programs.

In The Artificial White Man: Essays on Authenticity, critic Stanley Crouch, a black man and no fan of Styron’s Nat Turner, charges American writers with cowardice:

[Writers] have decided that the big sweep of American life out there is something that should be avoided or broken up into ethnic, religious, sexual, class, and regional franchises. In other words: If you won’t write about me, I’ll stick to my favorite subject – myself – and suggest you do the same … The lack of aesthetic gumption is remade into a smugness that grants itself a pedigree in narcissism.

“Write what you know” has become a straitjacket, one that not only prohibits growth, but also distorts. Even in the whitest suburb or small town, the most established barrio or ghetto, what anyone “knows” almost certainly includes experiences with people of different ethnic heritage. Furthermore, “what you know” can grow with experience and study.

I grew up in the 1960s and ’70s in a small town in south-central Kentucky where, though segregation was breaking down fast, black-white relations remained fraught but close, with unspoken resentments among members of both races. I knew and loved black schoolmates, roomed with them, shared strongly-held feelings with them—often loudly and at close range and at times quietly, in confidence. I learned from black teachers and coaches. I found certain white classmates far more inscrutable than my black friends.

No doubt I’m guilty of presumption here, but we celebrated together, cried together, and, a few times bled together after we exchanged blows. I have never lived in a world peopled only by whites. Without frequent and close contact with people of other races, I would be someone else entirely. Writing safe, “white” novels would be lying.

Fiction, like journalism, can benefit from the gaze of an immersed outsider. In Graham Greene’s great novel The Power and the Glory, about the redemption and death of an alcoholic priest fleeing communist Red Shirts in southern Mexico, the scene that most haunts me is of the “whiskey priest” struggling through the mountains with an Indian woman carrying her dead baby:

At sunset on the second day, they came out on to a wide plateau covered with short grass. A grove of crosses stood up blackly against the sky, leaning at different angles – some as high as twenty feet, some not much more than eight. They were like trees that had been left to seed. The priest stopped and stared at them. They were the first Christian symbols he had seen for more than five years publicly exposed – if you could call this empty plateau in the mountains a public place. No priest could have been concerned in the strange rough group. It was the work of Indians and had nothing in common with the tidy vestments of the Mass and the elaborately worked out symbols of the liturgy. It was like a short cut to the dark and magical heart of the faith – to the night when the graves opened and the dead walked.

Although we are in the point of view of the priest, this is clearly the perspective of an Englishman—Greene—who’d spent weeks on a mule, riding around Mexico. Is this scene any less beautiful, informing, or suggestive of loss for having been written by an ambitious tourist? Would justice require that Greene stick to journalism here or abstain to wait for the native people to find their literary voice? Is he truly guilty of literary colonialism or should we credit him with a fine eye, hand, and sense of mystery? Isn’t it possible that while a native steeped in her culture might bring insight otherwise missed, she could pass over seemingly everyday details that might move other people? Must we choose?

Like Greene in Mexico, a talented Native American writer born and raised on a reservation might see in a quiet suburb an anthropological motherlode barely mined by Updike and Cheever.

In a September 10 response in The Guardian, Yassmin Abdel-Magied, an Australian engineer, writer, and activist, called Lionel Shriver’s Brisbane address “…a monologue about the right to exploit the stories of others simply because it is useful to one’s story,” even though Shriver never suggested careless use or shallow or racist characterization. Abdel-Magied, who really should peek at the New York Review of Books, New York Times Book Review, or London Review of Books, continued, “How is it that said straight white woman will profit from an experience that is not hers, and those with the actual experience never be provided the opportunity?”

She does hint an understandable fear: If she is unable to claim literary territory based in identity, she might have to compete with the Graham Greenes of the world just as an obscure regional novelist in suburban North Texas must compete with the likes of Sandra Cisneros and Zadie Smith. So far, he is suffering a long-running rout, but that’s the way it goes.

Showing remarkable generosity, Abdel-Magied added, “I can’t speak for the LBGTQI community … but that’s not the point. I [should] allow for their voices and experiences to be heard and legitimized.”

But how is the world worse off for Brokeback Mountain having been written by Annie Proulx, who, notwithstanding her reclusiveness, and speculation about her sexuality, isn’t a gay cowboy? Likewise the Oscar-winning screenplay adapted by Larry McMurtry and Diana Ossana? How can we approach a healthy pluralism without an assumption of the possibility of intergroup empathy?

Finally, Abdel-Magied gets around to what amounts to a plaintive call for literary reparation: “Cultural appropriation is a ‘thing’ because of our histories. The history of colonisation, where everything was taken from a people, the world over. Land, wealth, dignity … and now identity is to be taken as well?”

If Abdel-Magied can’t be persuaded that creation of a fictional character doesn’t constitute identity theft and that literary authority has little to do with ethnicity or sexuality, she and her fellow travelers should steer clear of fiction. In any case, she seems better suited to another literary form. In 2016, she released Yassmin’s Story – Who do you think I am?, a memoir.

Henry Chappell’s most recent novel is Silent We Stood. He lives in Parker, Texas.