Donald Trump bulldozed through norms and passed some good policies. Teasing out the distinction will be critical to his legacy. 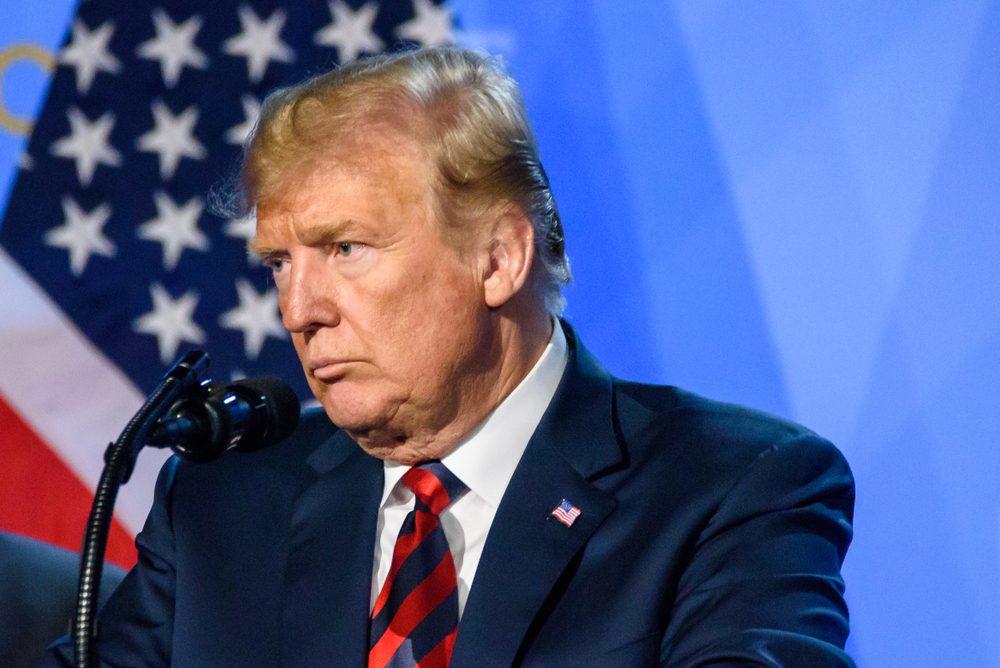 “Release the Kraken!” they cried, only for a hungover minnow to issue forth. The Donald Trump lawsuit extravaganza is now over. It ends as predicted, with conservatives yelling at GOP state officials, fake electors yelling at real electors, the president yelling at passing cars.

Back in 2010, the editor of the American Spectator, R. Emmett Tyrrell Jr., published a (very good) book called After the Hangover in which he took stock of the conservative movement following eight dizzying years in power. With the electors having now certified Trump’s loss, it seems another painful morning-after is in store. (Think Kingsley’s Amis’ famous description of a hangover in Lucky Jim, too long to quote here but worth looking up.) Strange memories from the past four years beacon through the fog. Did we really threaten to bring down fire and fury on North Korea? Was that Anthony Scaramucci who showed up with the Jell-O shots and then shot Reince Priebus with a paintball gun?

Any assessment of Donald Trump’s legacy has to begin with the words: so that happened. Mornings after are clarifying because we behold in context what hours ago we saw with demolished inhibitions. Down seven beers and you’re more likely to break the societal norms that have otherwise been instilled in you, whether by making a pass at a bar stool or skinny-dipping in a mall fountain. So too has it been with the Trump presidency. The man hasn’t been much of a policy innovator; most of his achievements have come straight out of the Conservative Inc. playbook. What’s made him different is his willingness to gleefully violate the noise regulations and indecent exposure laws that govern our politics.

Trump’s trampling of norms is usually a bugaboo of centrists, who most closely align with the status quo and thus are most inclined to defend it. But conservatives have reason to think this through too. “Manners are of more importance than laws,” Burke wrote, adding, “Manners are what vex or soothe, corrupt or purify, exalt or debase, barbarize or refine us, by a constant, steady, uniform, insensible operation, like that of the air we breathe in.” They’re the tissue of civilization, in other words. This is why, to take just one example, everyone didn’t immediately sell their bongs for spare parts upon being commanded to by Nancy Reagan: the manners surrounding marijuana had changed during the 1960s irrespective of the war on drugs and attendant laws that came afterward. Likewise may it be that Trump’s behavior has serious consequences beyond the federal code. Refashioned for the Trump era, Burke’s adage might read: “Tweets just might be more important than tax cuts.”

This is what initially worried me about a Trump presidency: that Trump’s revolution in norms would outweigh whatever five-degrees-to-starboard course shift he might pull off in policy. Yes, I was one of those dreaded #NeverTrumpers you’ve read so much about. The entire Trump project seemed to me a wager of too much on too little. Yet what was I supposed to do? Rage-lose my hair, grow a peach-fuzz beard, and join the Lincoln Project? Bore my readers into paralysis by denouncing the president’s every cough? A writer’s job is to praise a politician when he merits it and condemn him when he deserves it. And the fact is—this is where our assessment gets tricky—that Donald Trump has done a great deal of good.

I don’t just mean “good” from a conservative wish-list standpoint, though take from that what you will: tax cuts, deregulation, trade deals reopened. I mean he’s done objective, quantifiable good. The Trump era brought jobs and economic growth after years of spluttering during the Great Recession. It gave confidence to gun owners and small business owners alike that government wasn’t about to slam down on them. Right-to-try was a fine piece of legislation that could save lives. Even the president’s eleventh-hour troop withdrawals from the Middle East might finally—eventually?—in the year 3000?—bring an end to our hopeless and ruinous wars of choice.

Such accomplishments have at times made it easy to ignore the norms side of things. You start to judge Trump not as a man in full but as a ballpoint pen, accountable only for what he signs. You shut off cable news, with its obsessive focus on his every insult. You drift away to a secluded beach, where you sit back, savor the quiet, stare at the clouds, daydream of Chief Justice Neil Gorsuch one day striking down the entire state of California as unconstitutional.

And then a plane flies by with a banner behind it: “MANNERS ARE OF MORE IMPORTANCE THAN LAWS.”

Damn it all to hell.

So it’s gone. Trumpism, the populist philosophy associated with the president, may yet be severed from the bad manners, taken up by a more genteel standard-bearer like Josh Hawley. But Trump himself is who he is. Shouting down Jim Acosta is as much a part of his character as trying to build The Wall or tough-talking China. And certainly some of the norms Trump has violated are worth violating, even amount themselves to good policy. I have yet to lose sleep because Trump harangued NATO nations over their refusal to fund their own defense, for example. But I have woken up early to check and see whether the commander-in-chief of the United States sent an overnight tweet attacking whomever fired Roseanne Barr. And that, in its own way, seems deranged.

Also deranged is that, last weekend in Washington, Trump-loving MAGA demonstrators burned “Black Lives Matter” signs outside of churches. They chanted in favor of Nick Fuentes, an antisemitic talking fetus. The Christian Jericho March, as Rod Dreher documented, quickly turned into a Dionysia of presidential idolatry. And on Monday, there were real concerns over the safety of the electors who certified Joe Biden’s Electoral College win. I’m not saying Trump is responsible for all this—the man has repeatedly denounced white supremacy—but he’s also chucked more than his share of logs onto the QAnon fire. The apocalypticism, the raising of the rhetorical temperature, the revolution forever devouring its own—these things are rooted in conduct, not policy. And as we’ve seen, they matter immensely.

Anyway, that’s the view from here in Equatorial Cuckistan. The truth is that it will take years, perhaps decades, to pluck apart all the threads of the Trump legacy, especially with Trump himself now suggesting he’ll tack on another non-consecutive term. In the meantime, we’ve got a breakfast of Motrin and greasy hash browns to choke down. What’s this charge on my credit card? We didn’t actually buy Greenland, did we?