The lines between disorder, unrest, and civil conflict are blurring. 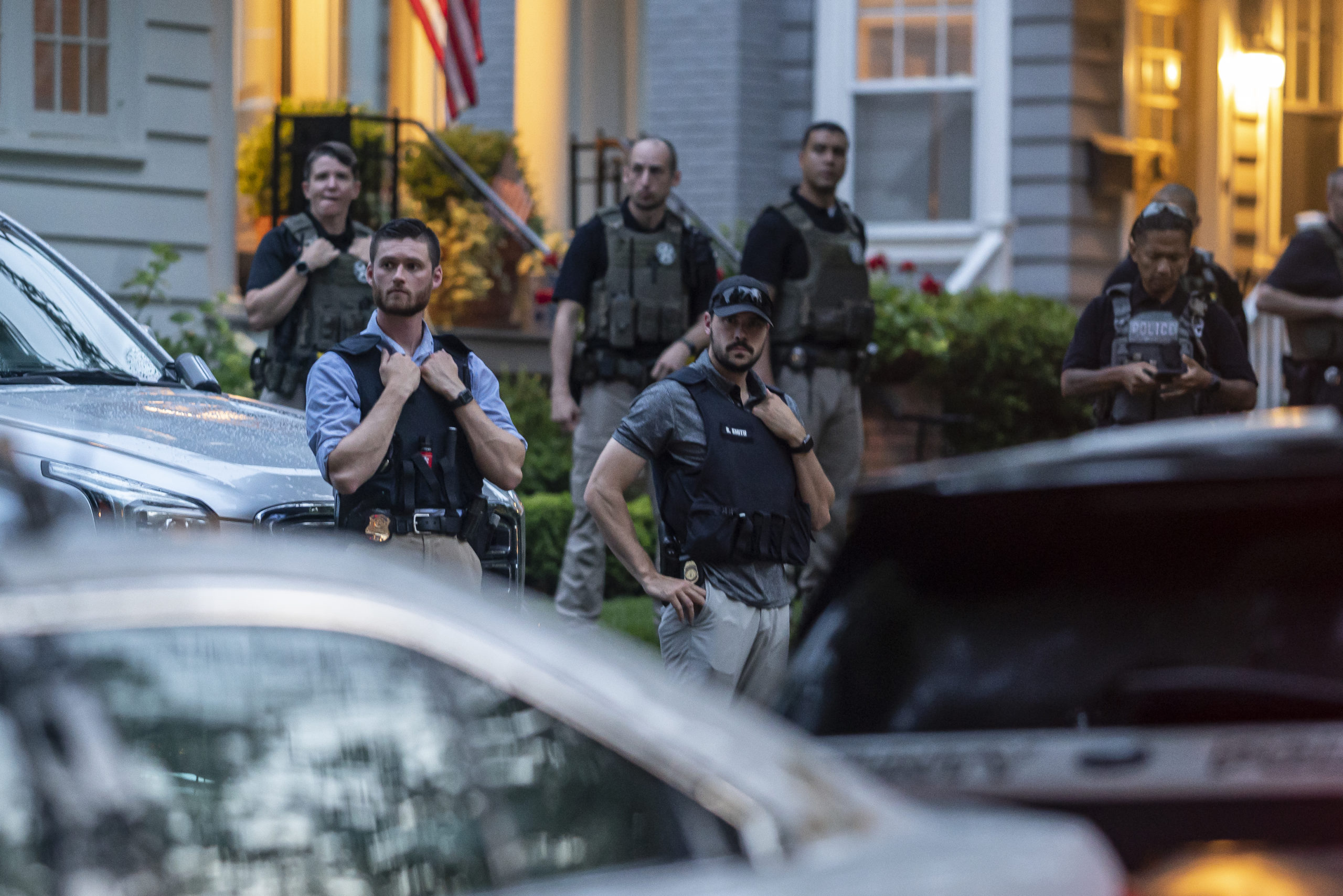 More masks have been coming off lately than just the KN95s (though one fears this is a reference whose significance will be soon forgotten, because of, not despite, its enormity). Of course, if you see a mask as a mask then you know something lies under it, and liberal proceduralism has always been a manufactured friendly face for the naked realities of politics. Indeed, that was liberalism’s point, to paint some lines and make a war a sport. But that artificiality has become a little more inescapable, and so I hope more people clinging naively to a consensus that no longer exists will wake up to the acrid burning smell.

The Dobbs opinion leak was that recent alarm for some, a final realization that the fiction of judicial sacredness, an institution set apart from the partisanship of every other piece of American life, was just that: fiction atop faction. But if that was not alarming enough, last Wednesday saw a man arrested in an attempted assassination of Justice Brett Kavanaugh. A media firestorm erupted—I kid, of course. The reality today is that we have entered a period of political history where the attempt on a Supreme Court justice’s life is largely considered a yawn. Major papers and cable news channels, with the exception of Fox, hardly touched the story, and the implicit of course we aren’t calling for anyone to actually die but he’d deserve it if he did from liberal pundits on Twitter was barely subtextual. There was a very brief reckoning of sorts when Congressman Steve Scalise and the Republican Congressional baseball team were almost killed by a lib in 2017. It was theatrical, and only happened at all because Scalise came so near to dying of his wounds. We barely remember it now.

With the January 6 committee show trial, quite literally a professionally produced special television event, the contours of the moment become clearer. Even more clear, if we step back to actually look, are the most recent arrests related to the circus. Peter Navarro was arrested earlier this month, publicly and aggressively, after Democrats held him in contempt for refusing to testify before the committee. That arrest came a day after the former White House economic advisor promised to work to impeach President Joe Biden when the GOP takes control of Congress in the midterm elections this November. Meanwhile, last Thursday, Michigan Republican gubernatorial candidate Ryan Kelley was arrested by the FBI on charges related to January 6, never mind it being a year and a half later. MSNBC acknowledged the arrest to be unprecedented, with Kelley the first candidate for major public office charged in connection to the riot.

But we are only getting started. On Sunday, since years of Russiagate and a “shadow campaign” to “fortify” the 2020 election have not been enough to banish MAGA, members of the January 6 committee announced they had enough evidence for the Justice Department to “consider an unprecedented criminal indictment against former President Donald Trump.” That would certainly be a boost for ratings, since the miniseries has been thus far, as far as infotainment goes, a snoozefest. The show’s historic interest is largely in the abstract, that it is happening at all, not the particulars. But rolling out the Watergate red carpet for an already dethroned emperor marks another step toward criminalizing losing national elections. That might be where heads already were in the Clinton and Biden family machines, Obama somewhere still present behind the scenes, but apparently it is time for the rest of us to see it: win, or it’s not just the election you might lose.

None of this is, in a long enough view, really unprecedented. It is hard for the popular consciousness to remember the chaos and violence of the 1960s and ’70s. Presidents and officials and public figures have been actually assassinated. And America fought a formal Civil War, of course, back when it was possible to fight one, the seceding states fielding regular armies against the federal troops. Today, however, after many successive administrative and judicial consolidations of our national government, that sort of professional Caesar vs. Pompey fight seems impossible. Unrest last century looked the way it did for not-yet-abrogated reasons, and so escalating future civil conflict would resemble far more the sort seen in Argentina, or Lebanon, or, God help us, Spain. And that means the line that divides rising inflation and homelessness and crime from political violence will be blurry, the point between declining standards of living and disintegrating order one we risk tripping on.

Grim, I know. But attempted assassinations should be taken seriously, and things like the apparent firebombing of a pregnancy resource center in Gresham, Oregon, now being investigated by the ATF and FBI, put one in a grim state of mind. Nevertheless, as the angels say, fear not. This too will pass, though we may not like its passage. Tend what is given to you to tend. As a mad farmer once said,

Listen to carrion—put your ear
close, and hear the faint chattering
of the songs that are to come.
Expect the end of the world. Laugh.
Laughter is immeasurable. Be joyful
though you have considered all the facts.