Libya and the Swift Demise of ‘Responsibility to Protect’ 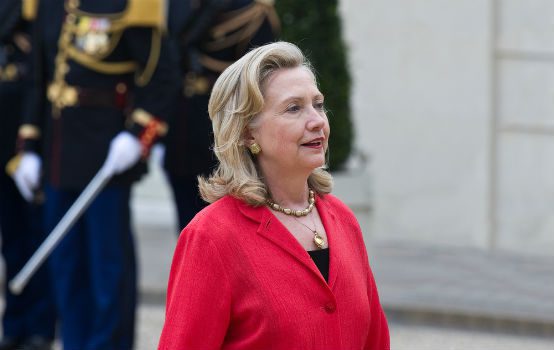 The U.S.-led intervention in Libya ended six years ago with the killing of Moammar Gaddafi and the triumph of Western-backed rebel militias. Supporters of the war at the time hailed Libya as a “model” intervention, and its defenders claimed it had vindicated the doctrine of the “responsibility to protect” in whose name it had been carried out. Six years later, virtually no one regards the Libyan war as anything other than a reckless blunder. Libya remains splintered by rival militias and competing power centers, and the “responsibility to protect” doctrine that the intervention did so much to discredit has been all but forgotten at a time when it is very much needed.

“Responsibility to protect” (R2P), endorsed by the U.N. in 2005, was an attempt to create an international mechanism for preventing massive losses of civilian life. The requirements for taking military action to protect a civilian population were based on just war theory: just cause, right intention, proportionality, reasonable prospect of success, and last resort. That set a very high bar for armed intervention that the Libyan case did not clear. Far from being a last resort, military intervention was the preferred Western response to the civil war in Libya almost from the beginning. That meant the Libyan war was waged in the name of a doctrine whose core principles it ignored from the start.

The Libyan intervention only received its international authorization at the U.N. through the misrepresentation of its purpose to other major powers on the Security Council. Russia and China both abstained on the resolution authorizing the intervention because they had been assured that the sole purpose of military action was to protect civilians from being attacked. However, despite public claims by the Obama administration that regime change was not the goal, the mission immediately morphed into a campaign to remove Gaddafi from power. The U.S.-led coalition repeatedly dismissed proposals for ceasefires and negotiations that could have ended the war short of toppling the Libyan government, because their objectives had expanded far beyond preventing atrocities to include a complete victory by rebel forces.

Even before Gaddafi had fallen, the war’s supporters were jubilant and eager to brag about the wisdom of their intervention. One of the war’s biggest liberal boosters, Anne-Marie Slaughter, wrote an op-ed in August 2011 for the Financial Times that was so triumphalist and premature that it is embarrassing to read now. Slaughter concluded her piece by saying this: “Welcome to the tough choices of foreign policy in the 21st century. Libya proves the west can make those choices wisely after all.” On the contrary, Libya showed that Western governments remained blind to the unintended consequences of military action, and it proved that they are still too quick to assume that regime change is the appropriate response to problems with another government. Above all, it demonstrated how opportunistically Western governments cite “humanitarian” reasons for starting wars and then how quickly they wash their hands of the aftermath.

Almost no one considers the Libyan war a success today, and for good reason. In addition to leaving Libya in a state of upheaval, the war seriously destabilized neighboring Mali and led to the spread of weapons to conflicts elsewhere in Africa and the Near East. Libya’s chaos has contributed to the migration crisis affecting Europe, and migrants moving through Libya are subjected to the most appalling treatment imaginable. When judged by the standard of the war’s original justification—the protection of civilians—it has to be declared a clear failure. Because this ill-conceived war was so closely linked with the “responsibility to protect” doctrine, it is no accident that the doctrine itself has been almost entirely forgotten.

Now that many of the same governments that toppled Gaddafi have engaged in equally atrocious or even worse behavior against the civilian population in Yemen, it is hard not to conclude that those who invoked the “responsibility to protect” in 2011 did so cynically and with absolutely no intention of holding others to the same standard. The loss of R2P is a sad one that will take many years to remedy. By wrongly using a perfectly sensible doctrine to justify an unnecessary war, the so-called “humanitarian” interventionists of the West have made it that much harder to protect civilians when they most need it.

Daniel Larison is a senior writer at The American Conservative. Follow his blog and at Twitter @DanielLarison.