How Broadway Returned To Center Stage

Though it seemed to be on its way out the door, theater is once again a major force in American popular culture. Why? 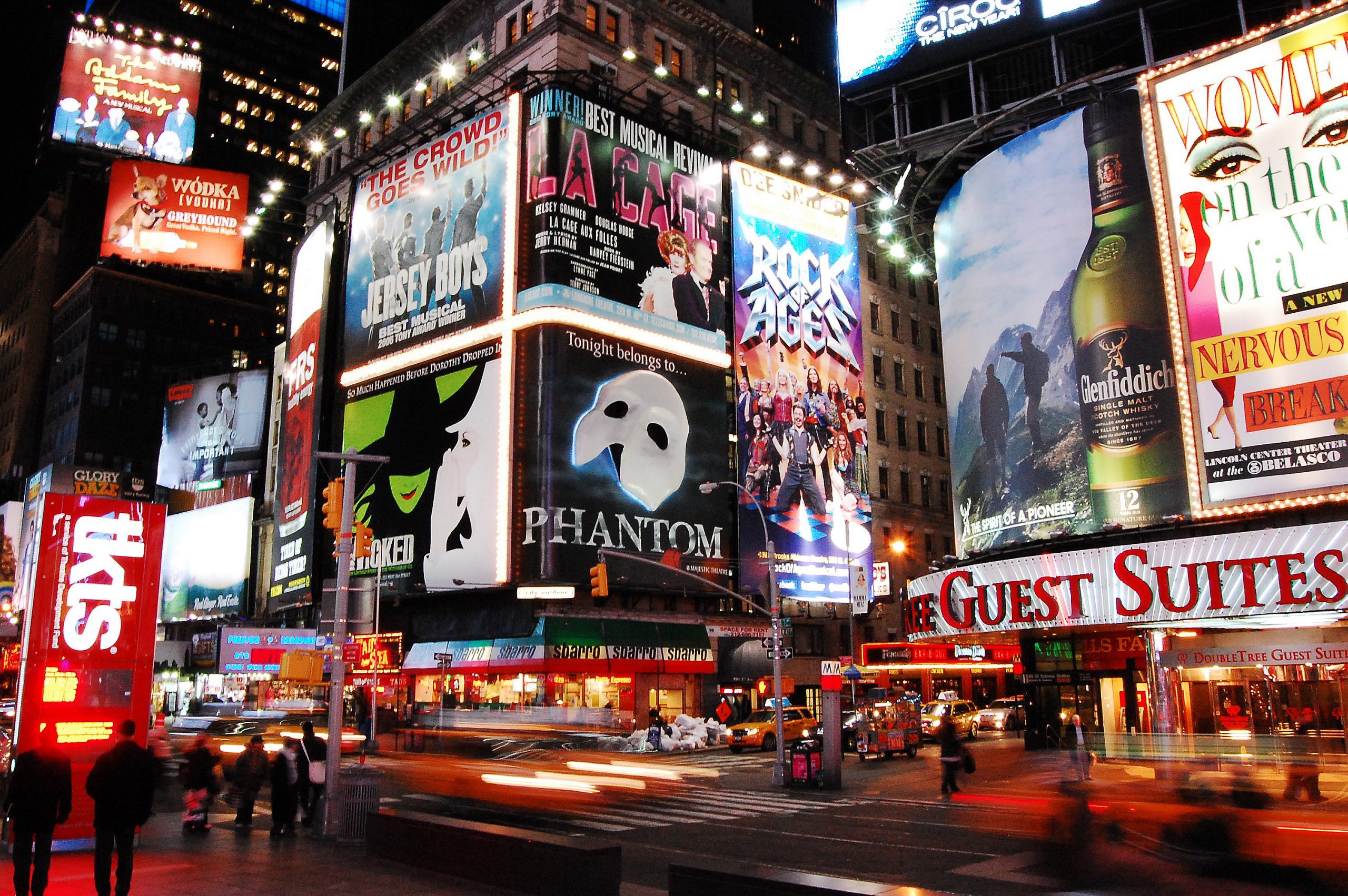 Alan Jay Lerner, the lyricist of My Fair Lady, once said, “Coughing in the theater isn’t a respiratory ailment. It’s criticism.” Consider that as a corollary of a broader theater axiom: The audience is always right.

Radio personality and theater columnist Michael Riedel tries to keep those precepts in mind in his immensely entertaining new history of Broadway in the 1990s and 2000s, Singular Sensation: The Triumph of Broadway. The book serves as a sequel to his deservedly praised bestseller Razzle Dazzle. The earlier volume was an account of the rise of the Great White Way from its origins in 19th century vaudeville and burlesque. In this follow-up tome, Riedel shows how Broadway and its mainstay art form, musical theater, have expanded into a giant industry, one which increasingly rivals the movie business in its revenues, cultural reach and influence.

Those who doubt this statement should take a peek at the gross ticket receipts of the most popular shows. As Riedel points out, the worldwide box office for The Lion King is $8.2 billion. That’s multiples of any film ever made, and the inflation-adjusted sales for The Phantom of the Opera may actually be greater.

Broadway’s business and cultural dominance are also apparent when conversing with American teenagers; almost invariably you will find that they are more interested in Hamilton composer Lin-Manuel Miranda than they are in any rock star. I had a startling experience of this phenomenon in 2012 at a performance of the George Gershwin musical Anything Goes. When 80-year-old Joel Grey made his entrance onto the stage, the gaggles of teenage girls in the crowd erupted with oohs and aahs. They knew precisely who he was. By contrast, for most young people, Mick Jagger is just a name, no more meaningful than Sophie Tucker or George Jessel.

Plainly, a huge if largely unremarked upon cultural shift has taken place. For years, rock troubadours would trot out the trope that rock was dead—but now it really does appear to be on a respirator. The last new rock band to achieve popular success was Imagine Dragons in 2013. They have been on top of the Billboard list of rock groups in three of the last seven years. Yet their album sales and their name recognition is slight when compared with pop stars like Beyoncé, Adele, Rihanna, and Taylor Swift. In fact, no rock group has produced the top-selling album of the year since the lite-FM rockers Coldplay in 2008; and in two of the last five years, the top selling album came from movie musical soundtracks, Frozen and The Greatest Showman. Young people are listening to pop, country, electronic dance music, rap, and musicals—almost everything but rock’n’roll. (For that matter, rock’s last burning flame, Imagine Dragons, is hardly what you might expect of a rock band, as it’s led by Mormons who met as students at Brigham Young.)

What explains this? Some of the shift is a function of exhaustion. Rock seems tired. It’s also open to parody. Current styles of humor, as seen in TV shows like The Office, don’t jibe with its earnest, thunderous, self-important manner. The sensibility of the moment is much closer to the winking and ironic tone of Broadway. Then there’s the influence of musical competition shows. These have taught audiences to respond to crooners with big dramatic voices and heaps of vibrato. It’s a style and a level of skill that Jagger and most of his successors never mastered. And if you’re an angry teen seeking something subversive, then you’re going to listen to rap, not the sound that mom and dad are so painfully fond of. Then there’s the increasing acceptance of gay culture. This has helped to make affection for musicals normative—cool—in American high schools. The music even regularly pops up on those comedies, like the Family Guy and South Park movies.

All this has worked on behalf of a great many skilled lyricists and composers, clever book writers, and determined businessmen intent on selling musicals to the heartland. Their work and their successes are Riedel’s focus, and he records it equally in the form of business journalism and slick storytelling. This is the lively tale of how the bonanzas of the two decades he is writing about came to be: not only The Lion King but The Producers, Rent, Avenue Q, and The Book of Mormon, and lucrative revivals of shows like Chicago and Guys and Dolls.

The one significant story of failure Riedel recounts is of the grifting musical theater impresario Garth Drabinsky. Among his colossally expensive flops were Ragtime and Seussical, and he even managed to lose money on a Toronto production of The Phantom of the Opera. In the end, his Ponzi-scheme accounting practices led him to a front row seat at a lengthy road booking in a Canadian penal institution.

Yet in a way Riedel’s interest in Drabinsky is characteristic. After all, his failure is alike to the big hits crafted by Disney in that it is of monumental scale. More, it’s consistent with the rule that Deep Throat provided to Woodward and Bernstein: follow the money. In today’s Broadway, that means focusing on musicals.

Thus non-musical shows, what are known in the trade as straight plays, are mostly, so to speak, left backstage. Yet during the period that Riedel is covering, Tom Stoppard’s Arcadia and The Invention of Love premiered on Broadway, as did Patrick Marber’s Closer, John Patrick Shanley’s Doubt, Warren Leight’s Side Man, and August Wilson’s King Hedley II. None receive mention. Indeed, only August Wilson’s name appears in any fashion.

What little attention given to straight plays goes to Tony Kushner and David Hare. Perhaps that is right. After all, if neither author has ever composed a play as good as any of those listed in the previous paragraph, they are at the center of the business of the theater. Consequently, Riedel provides intimate detail on how Kushner and Hare came to be spotlit.

Ironically, in each case this started with the role of non-profit theaters. Enticed by their left-wing messaging, the non-profits’ artistic directors were mostly unconcerned with their imperfect instincts as entertainers and their habit of turning any character with political views they disliked into a villain, in Hare’s case usually of the cardboard variety. In this context, one wonders if Broadway producers of straight plays ought to ponder the lesson of the musicals they rely upon to keep the business going: that audience taste is taste.

Riedel commences his book by noting the irony that it is coming out at a time when the theaters are closed. He insists that this is a lull, rather than an end, and that the “fabulous invalid” will be out of the patient care area soon.

Jonathan Leaf is a playwright and critic living in New York.