Major players worried about upstarts displacing them are hurrying to cement their market dominance. 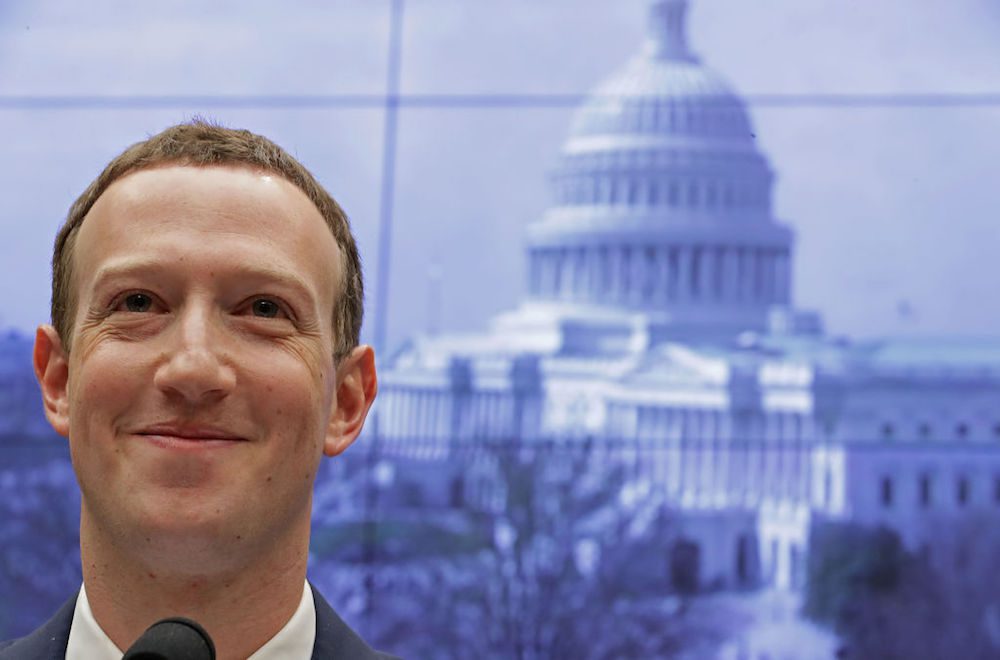 Silicon Valley has entered a downward spiral of metaphorical mob-like violence, accelerated by broader societal ills and its own mistakes.

In an effort akin to taking a hammer to the problem, “breaking up Big Tech” has become one of the few bipartisan drumbeats in Washington. If things stay as they are, it’s difficult to see how Silicon Valley can avoid looming regulation. However, those beating the war drums loudest should take a step back and ask a question: why is Big Tech embracing this future regulatory framework? Rather than fighting it tooth and nail, these companies are increasing their spending in Washington to directly influence policymaking. Is this really an example of resistance or an embrace of the future reality?

What bipartisan regulatory cheerleaders fail to see is basic market incentives. They are unwittingly enabling, even consolidating, the market dominance of the very tech companies they seek to minimize and punish.

Why would a company jump to the government if it believed it could rest on its laurels in the marketplace? Because embracing regulation is a surefire way to freeze things the way they’re done now, as defined by the current major players.

Even if up and coming startups exist, they don’t have enough financial capital or time to influence the regulatory process. Plus, Washington’s luddite nature ensures that anything innovative is seen as risky and not meaningful to the marketplace. Simply put, if you don’t have money or influence, politicians in Washington aren’t interested in what you have to say.

The best way to regulate Silicon Valley would be through the consumer’s individual actions. Technologists know this truth, which is why they’re obsessed with optimization and constant product experimentation. The number one fear of every big tech company is users leaving in accordance of their own free will. Pundits and politicians push back and claim that network effects make it impossible to leave, as if we are all drug addicts constantly seeking our next fix, unable to accept our own culpability and power to change.

Not only is this bad addiction therapy, it lacks an understanding of how technology products work and create value. These critics can’t describe or define a “network effect” and won’t admit that their 20-something policy staffers are the real authors of their critiques. Can you really see Senator Elizabeth Warren analyzing Facebook’s growth hacking strategy?

The history of information technology companies debunks the claim of unbeatable network effects. The startup graveyard is vast, deep, and quite rich. From Myspace to Yahoo to AOL to Craigslist—dominant companies can be beaten. In fact, it happens all the time.

This isn’t just a historical fact but a current reality. There are plenty of examples of supposedly unbeatable technology platforms being beaten. Netflix looks more and more vulnerable to Disney+. Uber can’t seem to make a dime of profit. Google’s ability to monetize is declining and Amazon now dominates product-based and voice search. People are using Facebook less and less (though the company has made up for it by acquiring competitors). Apple’s global ambitions are running out of breath, leaving it to serve its niche, the wealthy U.S.-Euro user base.

The technology industry is one of the most dynamic in the world. Big Tech understands the reality of such a competitive and volatile market, which is why they are heavy on acquiring upstarts and mimicking the features of new entrants. It takes constant iteration and innovation to stay dominant—but one easy way to keep competition at bay is to work with regulators. Why would a company be willing to help create more competitors? Embracing a regulatory-first approach will solidify a user base for Big Tech and create more zombie corporations, just as with the Postal Service, telecoms, energy companies, and so on. Big Tech can afford it but the “next Google” and “next Apple” can’t.

Politics and policy are often in the business of simplistic narratives that drive votes and donations. And in this narrative, Silicon Valley is public enemy number one. This “scapegoat game of societal ills” is an unfortunate secondary outcome of democratic politics, as noted by both Alexis de Tocqueville and Thomas Jefferson.

Rather than acting as individuals, we abstract our problems to group identities. We depersonalize and eliminate the dignity of the individual to make it easier to place blame upon the “other.” We reject subsidiarity and globalize the problem into an existential threat—individual responsibility is seen as fleeting.

Why does this happen? Simply put, it is just easier. Who is to blame for our divisiveness? Who is to blame for Trump and Brexit? Why not the tech industry? It is a distant and isolated community that does things we don’t fully understand. Plus, robots are taking over! The future is scary! This isn’t unique to the technology industry but a feature of the human condition. Oil and gas, pharmaceutical, tobacco, alcohol, and airline companies are happily on vacation and watching with enjoyment the technology industry fall over itself again and again.

Unlike most of the critics, I worked in Silicon Valley for almost a decade and built technology products for a living. I have plenty of criticisms of my own and I’m not about to carry water for billion dollar tech companies. As a Christian with center-right opinions, I’ve witnessed significant political and religious discrimination at all levels. The lack of diversity of thought in Silicon Valley is an existential threat to our innovation economy. The glaring inequality, astronomical cost of living, and lack of upward mobility in the Bay Area is appalling. Silicon Valley also has plenty of wrongheaded opinions about the world—just look at their willingness to enable the Chinese superstate.

Yet there are plenty of reforms that are far more interesting than just regulation, and most of these have been developed by individual technologists themselves. Interoperability is one of the most compelling, as it is both pro-market and consumer friendly. The social media and consumer tech revolution was rooted in interoperability with the introduction of “open APIs” that changed how platforms and products talked to each other. This debate is really interesting, yet it’s been disposed to the bottom of the mainstream heap.

In certain markets that lack consumer power, with lots of third parties and information asymmetry (i.e. health care and finance), data interoperable legislation has benefited the consumer. In terms of tech, it is harder to define. Forcing Facebook to talk directly Google would seem to provide little benefit and would scare most people. Allowing a user to always keep their friend list and photos no matter what would provide a lot more value; however, interoperability works both ways and doesn’t just favor new entrants. Interoperable ideas like Facebook and Google login ended up being a ploy to consume as much data as possible and control new entrants.

For America to remain the global leader of technological innovation, we must remember that upstarts and the next generation of technology companies are the best instruments to hold Silicon Valley accountable. This problem must not be viewed in isolation within our own borders. China is serious about winning the soft-power war with technology and are playing to win, while we are dithering and distracted. Additionally, from banking to energy to health care, examples abound as to why regulation-driven innovation doesn’t work. We can find solace in that the end of these platforms is likely already upon us. Big Tech is now desperate to cement their position within the regulatory code so as to be a permanent app on all of our phones. We must avoid doing exactly what they want, becoming lackeys in their crony capitalism game.

If you want to hold Big Tech accountable, rely on what made the Internet great in the first place—the individual. As Don Valentine, founder of Sequoia Capital, said: “The world of technology thrives best when individuals are left alone to be different, creative, and disobedient.”

Aaron Ginn is the co-founder of Lincoln Network, a network of like-minded technologists building a bridge between D.C. and Silicon Valley. He is also a co-founder of the “growth hacking” movement, and led technology product development at Everlane, StumbleUpon, and several political campaigns. Follow him on Twitter @aginnt.