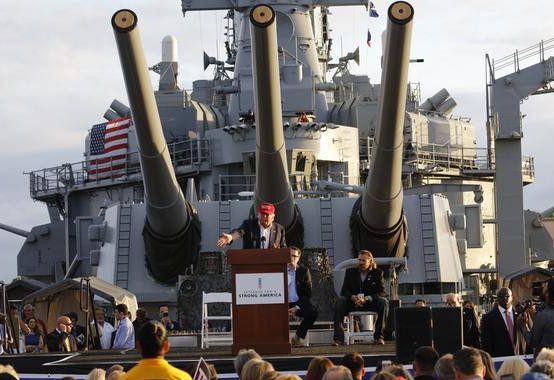 Yes, according to the political scientist Matthew McWilliams. Writing in Vox, McWilliams argues that “Trump won South Carolina because of the overwhelming, unyielding support of authoritarian voters.” McWilliams’s conclusion is based on a survey of likely voters in the week before the South Carolina primary and a body of scholarship on authoritarian attitudes (major figures in the field include Robert Altmeyer, Stanley Feldman, and Marc Hetherington).

The piece has been widely circulated on social media. Most readers are probably unaware that the idea that “authoritarianism” plays a significant role in American politics has a long and controversial history.

The concept was introduced for academic purposes by researchers associated with the Institute for Social Research, founded in Frankfurt in the 1920s and moved to New York in 1934. In research leading to the publication of The Authoritarian Personality in 1950, Theodor Adorno and other researchers attempted to provide an objective measure of individuals’ susceptibility to fascism. The result was the F-scale: a battery of questions purporting to identify anti-democratic leanings. You can test your own authoritarian tendencies on a digital version here.

The F-scale and associated analyses had serious problems. One was their connection to a Freudian theory of personality that obsessed the Frankfurt School but has not aged well (authoritarians were supposed to suffer from uncontrollable ids and to seek the help of external ego in maintaining psychological balance). Another problem was political bias. Reflecting Adorno’s conviction that authoritarians were naturally inclined to the right (at least in the in the United States), the F-Scale includes leading questions about the role of business and religious authority.

To avoid these problems, more recent research concentrates on attitudes toward childrearing. The authoritarianism index McWilliams adopts is based on preferences for “respect for elders” over “independence”, “obedience” over “self-reliance”, “good manners” over “curiosity”, and “being well-behaved” over “being considerate”.

These values are supposed to be separate from politics and social background in a way that the F-scale and some its successor theories are not. It’s not clear that it succeeds.

After all, the new index measures approval for some old-fashioned ideas about raising children. These ideas were once widespread, but have become more characteristic of the working class, especially in the South. To be “authoritarian”, in other other words, means little more than endorsing the folk wisdom of a class and place that many academics find alien.

You might also ask how “real” these values are. People often respond to surveys by giving what they regard as the appropriate answer, rather than the one that most accurately reflects their behavior. This “social desirability bias” helps explain why people report voting and going to church more often than they actually do them.

Finally, studies of authoritarianism almost always single out conservative and populist views for psychological explanation. In this case, the implication is that approval for Trump rests on an odd and disturbing mental profile–but not support for other politicians or positions. But couldn’t progressive views rest on a distinctive and potentially dangerous perspective, perhaps involving inadequate appreciation for discipline and indifference to risk? And what about the authoritarian basis of demands for censorship on college campuses? With the exception of Jonathan Haidt, not many social scientists seem interested in finding out.

These observations don’t discredit McWilliams’ specific findings, which are likely to be more qualified in their academic presentation than in the popular version. But they give ample reason to doubt that authoritarianism is very useful as an explanatory concept. Like many others, I think it’s more helpful to understand Trump as the latest expression of an old and influential “Jacksonian” tendency in American life. Sometimes politics really is about politics, rather than a proxy for other factors.