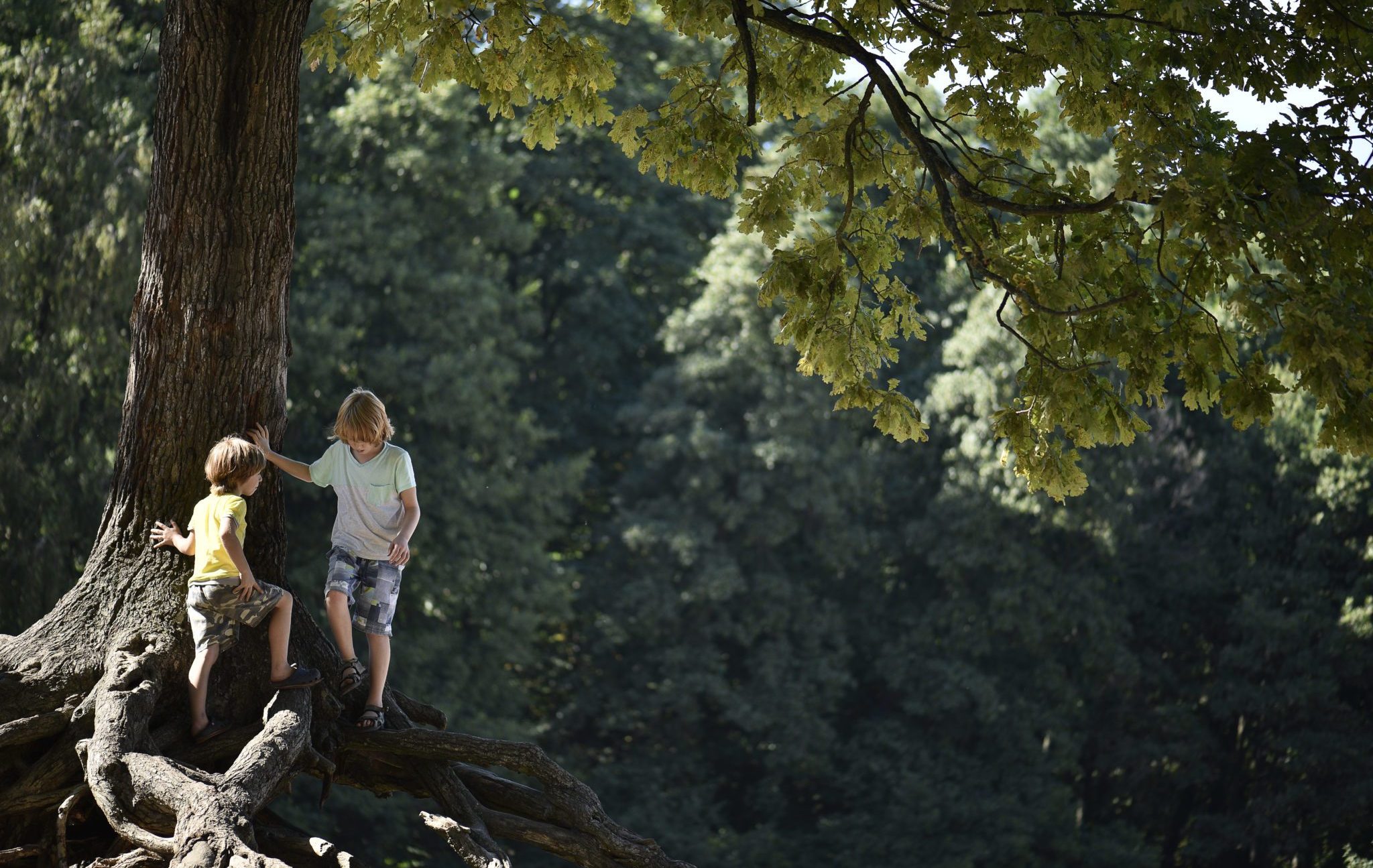 I was a city boy in Southern California during the decades of fastest population growth, the ’90s and ’00s. Long before I reached adolescence, the valleys and beaches where my dad grew up roaming on a skateboard and surfing already bustled with newcomers. The free-range childhood I’d heard him recount, and that I’d read about in novels like My Side of the Mountain and Where the Red Fern Grows, was far from my urban experience. Thankfully, books offered a vicarious occasion to meditate on “the lore which Nature brings.”

Last Summer Boys, the breakout novel from D.C. habitué Bill Rivers, does more than that: its city-meets-country, coming-of-age conceit is a timely discourse on patriotism in crisis. Reading this tall tale of Jack Elliot’s wild summer was more than just a replacement for childhood adventures I missed. It’s a book of parables from the longstanding regionalist tradition: full of entrancing pastorals, potent archetypes, and the recurring dilemmas of our nation’s history.

“If you’re famous, you don’t have to go to war.” Rural Pennsylvania kid Jack Elliot is hatching a plan to save his big brother Pete, who is turning 18, from being drafted into Vietnam. But he’s not complaining about privileged elites who can duck the duties of American adventurism. To Jack’s 13-year-old mind, being famous is the luck of the draw—something he can manufacture by submitting articles about Pete to the local paper, if he could just put a typewriter in the talented hands of his city-born cousin Frankie.

This optimistic promise of America, the be-anything, do-anything aspiration of the last century, hangs thick in the pine-scented air of Last Summer Boys. Teenagers roam the hills and valleys for days at a time, sneaking into graveyards and swimming in the buff. A rough-and-tumble motorcycle gang, who must be draft dodgers to a man, roam the county engaging in petty turf wars that impact local politics. The Elliot family has little money, but they enjoy incredible food, American-made belongings, and immense leisure. Their humble estate, afforded the aristocratic sobriquet “Stairways,” would be worth well over half a million today—an important facet of the book’s political cronyism subplot.

Author Bill Rivers spent his childhood exploring the rural Northeast, but his career taming Capitol Hill—so politics invariably lurks in the background of the Elliots’ summer dealings. A government lobbyist cites poverty relief as a justification for building a reservoir on the Elliots’ land; Ma fights back with a half-sincere defense of indigenous species. Cousin Frankie arrives from Philadelphia, where his dad is a policeman dealing with the riots and fires that swept the nation after Martin Luther King, Jr. was assassinated. Mr. Elliott, a conservative, watches Walter Cronkite each night; his son Will becomes a Robert Kennedy liberal (poorly timed hero-worship in 1968).

But even more than politics, Rivers’ faith rustles the pages of Last Summer Boys and provides moral support for several characters’ transformations. Despite the Elliots’ life-or-death struggle against corruption and catastrophe, characters like Ma Elliott ceaselessly reiterate the irrevocable human dignity of all, even evildoers. Jack learns that what is right and what is legal are not always the same. He comes face to face with the shades of the spirit world, and even watches a disturbed neighbor boy literally damn himself to the fires of hell. It’s no morality play, but it’s a clear tribute to the American regionalist novel—permanence and place vs. anomie and ideology; church and tradition vs. change and trouble.

Last Summer Boys is no ordinary young adult novel. Many of its descriptive episodes  and thoughtful discourses were written during a residency at the Russell Kirk Center, and the novel stands as a tribute to the late Sword of Imagination author and conservative luminary. It also received glowing reviews from both Archbishop emeritus of Philadelphia Charles Chaput and former Secretary of Defense James Mattis—surely the first and last book to ever be accorded this dual honor. Adult readers will find in Rivers’ story the fictional equivalent of Bryan Burroughs’ Days of Rage or Christopher Caldwell’s Age of Entitlement. He offers us the chance to relive America’s lost childhood in a decade—in a summer—of naïveté forced to grow up fast.

In some ways, we are wiser now than the Americans of our grandparents’ generation: most people no longer trust the news, the corporations, the politicians. But we also face much greater threats of tyranny, anarchy, exploitation, and dehumanization. The Elliot brothers’ folksy antics and puerile schemes were enough to win the day and get their family through a turbulent 1968. But Rivers’ forlorn cognizance that today’s crisis will not be so easily overcome leaks through his characters’ moments of confusion, frustration, and hopelessness.

Last Summer Boys does not end on a dark note. But Rivers refuses to play Pollyanna when his characters are faced with a crucible so like our own. His novel offers enough beauty to awaken and enthrall young readers, but enough truth to leave older readers unsettled—and enough questions to leave them unsatisfied. Hopefully Rivers keeps writing. The ponderous questions left half-answered and forest paths left unexplored in his debut are worthy of a long career.

Andrew Cuff is Communications Director of Knight Takes Rook (ktr.agency), a political agency of Beck & Stone. He lives in Latrobe, Pennsylvania, with his family of six. Follow him on Twitter @AndrewJCuff.